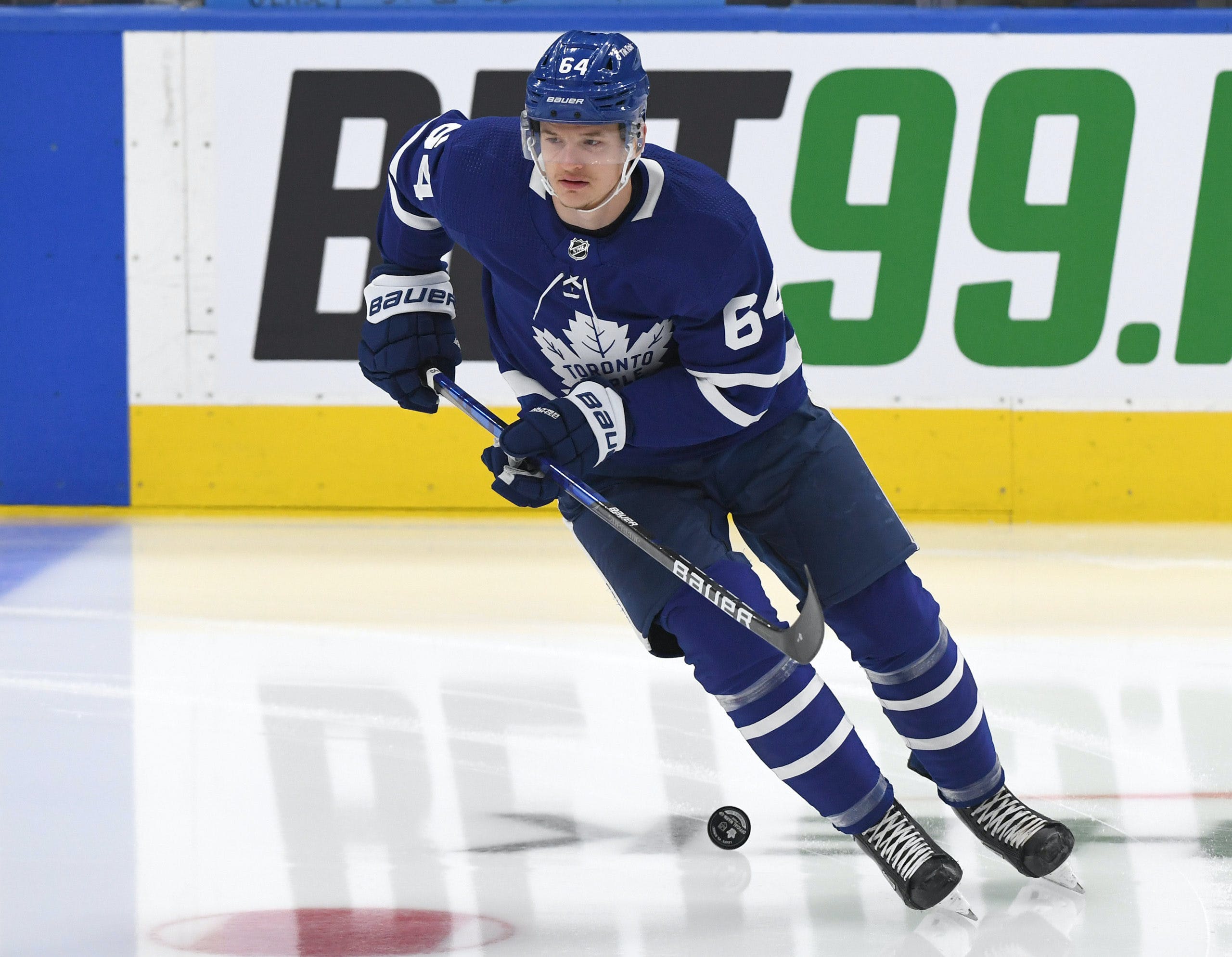 By Nick Barden
1 year ago
It’s American Thanksgiving, and the Leafs are practicing in San Jose. I’d hope they’re eating more turkey today, too, because I would be.
I wanted to start by announcing this as a new series here at TLN. After every practice and morning skate, I will be providing you with all of the news that comes from them, including lines, quotes, and all the fun stuff.
Buckle up because it’s going to be a fun ride.

David Kämpf is on the ice for practice, game-time decision Friday.

In last night’s game vs. Los Angeles, David Kämpf was clipped in the head by @Rasmus Kupari, which looked to be accidental. There was a lot of speculation on where he was injured. His head was the main point of contact, but when he got up, he was favouring his left arm.
Kämpf didn’t return to the game due to “precautionary reasons,” the Leafs said.
But there’s some good news to report — he’s back on the ice for practice today.

“Yeah, it seems that way,” Sheldon Keefe said about Kämpf being good to play tomorrow. “It was a good day for him, so we’ll just see how he is tomorrow when he wakes up and comes to the rink. Call it a game-time decision, I guess. But a very positive day for him.“

It was a maintenance day for Ondřej Kaše and a day off for @Jack Campbell. The two did not skate on Thursday in San Jose. We’ve seen in past Leafs practices that they’re okay with giving those two the day off.
Campbell has started in 17 of the Leafs’ 21 games this season. With a workload like that, Toronto allows him to get the rest he needs with days off.
He will also get the night off on Friday, Keefe said. Woll gets his third-career NHL start tomorrow in San Jose.

“Woll is going to start tomorrow,” Keefe said. “It was the perfect day for us to give him the day here. He’s [Campbell] still going to get two good work days in, in preparation for Anaheim… It’s a challenge. I don’t know if there’s any real threshold there that you say is too much or the right amount. But, it’s knowing that you do have to give him time. I think that’s just the fair thing to do.“

In Kaše’s place, though, is @Kirill Semyonov. He’s played in two games with the Leafs this season, averaging 10:46 in ice-time. Semyonov also spent some time with the Toronto Marlies, where he had nine points in nine games.
One of the reasons why Kaše has missed a lot of practices is because of his Kamikaze play-style, which @Wayne Simmonds calls it. He plays a type of game where he’s not afraid to do anything for the team, and that brings some bumps and bruises along the way.
Since it’s a maintenance day for Kaše, I doubt Semyonov plays on Friday night.
Keefe did say his status is similar to Kämpf’s in terms of playing tomorrow. The Leafs will see how the two are feeling in the morning.

Here’s how the Leafs lineup shapes on Thursday — a day before they take on the San Jose Sharks.
Nothing out of the ordinary here, other than Simmonds moving up to the third line — likely a placeholder for Kaše (similar to Semyonov).
The Leafs have two more games on their west coast road trip, one in San Jose and one in Anaheim, before coming back home to Scotiabank Arena.
Uncategorized
Recent articles from Nick Barden