Day After Thoughts: No need to panic yet 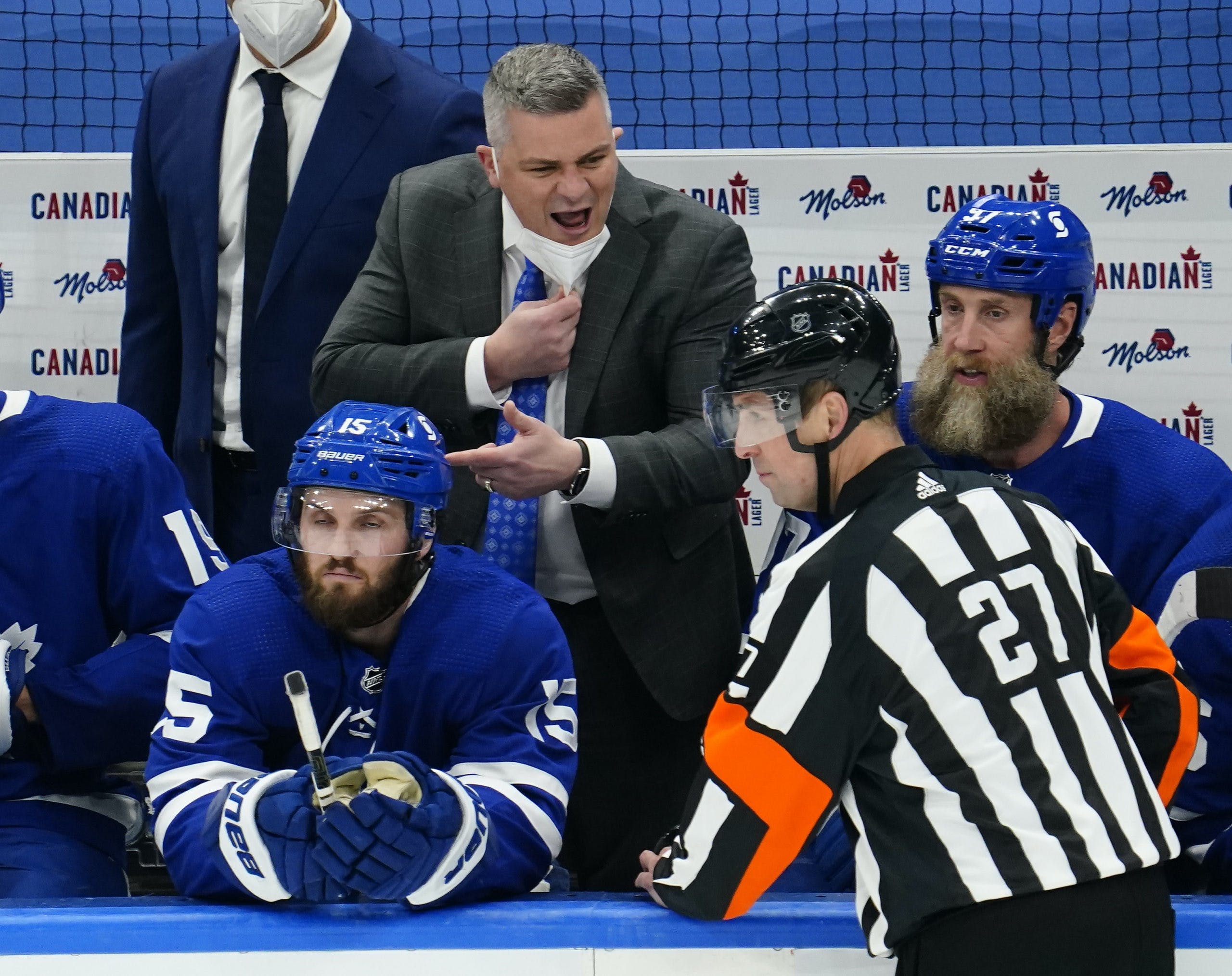 By Brendan Mori
1 year ago
The Toronto Maple Leafs lost game one of their series against the Montreal Canadiens last night, but the focus for many, if not all Leaf fans was on the status of captain @John Tavares.
At 10:45am this morning, the Maple Leafs provided an update on John Tavares’ status.
Extremely happy to hear that Tavares is doing well and has been discharged from the hospital. Hockey is secondary in a situation like this. Wishing Tavares all the best in his recovery.

The Leafs lost Game 1 by a final score of 2-1 for the Habs. I thought the Leafs overall were the better team, dominating play for a majority of the game. But @Carey Price came to play and the few mistakes the Leafs made led directly to quality scoring chances and goals against.

This goal all started off an offensive zone turnover by @Joe Thornton. After entering the offensive zone, Thornton tries a cross-ice pass across to @William Nylander, but @Tyler Toffoli deflects the pass right to @Eric Staal. Staal then sends the puck to a streaking @Josh Anderson who turns on the jets and zooms past Bogosian and Sandin. Both Leafs defensemen are unable to catch Anderson or do anything to slow him down and he’s able to walk in a rip a shot off the post and in past @Jack Campbell.
I like the intent by Thornton here as he tries to move the puck to Nylander, but you can’t be sending the puck through traffic, regardless of how good a playmaker you are. Once that puck is on Anderson’ stick, both Leafs defensemen are caught flat-footed, with neither properly gapping up to Anderson prior to him receiving the puck.

@Nick Foligno gets the goal started with a strong forecheck to retrieve the puck. He applies enough pressure on @Ben Chiarot and @Artturi Lehkonen to allow Nylander to swiftly jump in and retrieve the puck. Nylander sends the puck over to @Justin Holl and heads towards the net. Holl goes d-to-d with @Morgan Rielly who then throws the puck on net. Foligno tips the Rielly shot and the puck bounces right over to Nylander who slams it home at the side of the net to tie the game.
Foligno did a really good job on the forecheck here, taking on two Habs players and providing enough pressure to allow Nylander to retrieve the puck. I thought Nylander had a really strong game last night and was flying all over the ice. Rielly did a good job getting this puck on net as well. The best way to beat Price is to get traffic in front of him and take away his eyes which the Leafs did not do enough of after this goal.

This goal was painful to watch live.
@Auston Matthews enters the zone on the powerplay and drops to Thornton on the left wing wall. Thornton tries to make a play but Armia whacks the puck off of his stick and into the center ice area. @Paul Byron turns on the jets and blows past Sandin. In a last ditch effort to stop Byron, Sandin dives out and trips Byron, but he sticks with it and is able to chip the puck while falling up over Campbell’s glove.
I’ve watched this goal on repeat and I still don’t know what Thornton was trying to do on the half wall. Regardless, whatever he was trying to do, @Joel Armia saw right through it. Sandin got blown by once again by a Habs player and it led directly to a goal against. Heck of a goal by Byron too.

Thoughts on the Game

In his NHL playoff debut, Sandin did not look the greatest. He made a few turnovers early on and got left in the dust on both Habs goals. Not the greatest showing for Sandin last night. I think Keefe will end up scratching Sandin for Game 2. You can live with the turnovers and mistakes, but Sandin got blown by twice on both goals and it wasn’t close. Sandin’s lack of footspeed is a concern against a Habs team that has a few speedsters in their lineup.

Joe Thornton is the other guy who should wear the goat horns for this game. Thornton’s two turnovers directly led to the two goals against last night. I also didn’t notice Thornton at all aside from his turnovers too. He’s got to be smarter with the puck going forward. I would be shocked if Keefe scratched him for Game 2. Unfortunately, tie goes to the veteran (Kotkaniemi, Caufield and Romanov can relate).

Price looked like his old self last night, stopping 35 of 36 shots, including this highlight reel save on Marner to keep the game tied at 1-1.
Going forward, the Leafs need to get traffic in front of him to make stopping the puck difficult. Far too often last night the Leafs would send point shots on net with little to no traffic. Price is going to stop those every single time. I’m not overly concerned about Price. Yes he looked good last night but I still trust the Maple Leafs offense to find a way to grind out some goals on Price in the games going forward.

Game 2 is on Saturday, May 21st. Puck drop is at 7:00pm on Sportsnet.
Do you think Rasmus Sandin and Joe Thornton will be in the lineup for Game 2? Who comes into the lineup to replace John Tavares? Leave a comment below with your projected Game 2 lineup!
Uncategorized
Recent articles from Brendan Mori