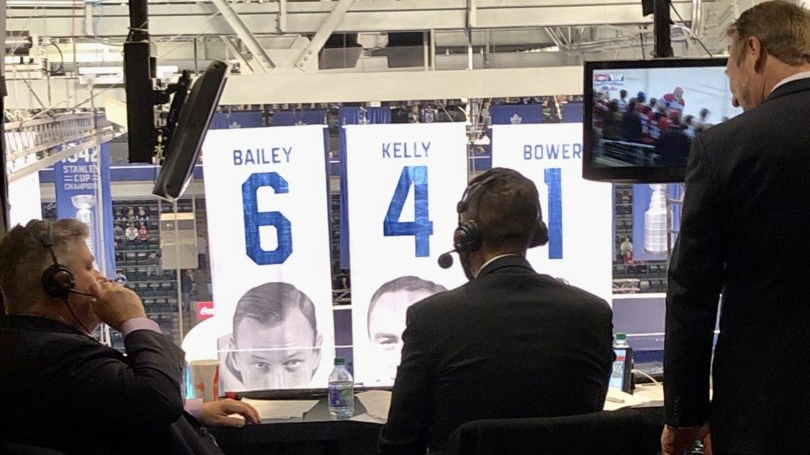 By Nick Alberga
1 month ago
As if I’m back on the Leafs beat just in time for a potential Mitch Marner Norris Trophy campaign.
With puck drop just around the corner on the 2022/2023 NHL regular season, I just wanted to say hello to those of you who know me and introduce myself to those who are unfamiliar with the name.
Since 2011, I’ve been fortunate enough to cover the National Hockey League in a variety of different capacities for the likes of SiriusXM NHL Network Radio, Rogers Sportsnet, and the NHL. Furthermore, two of my four seasons with Sportsnet (2019-2021) were spent as Toronto Maple Leafs Radio Host on Sportsnet 590 The Fan alongside the legendary Gord Stellick anchoring pre-game, intermissions, and post-game coverage.
That’s right, lucky me, most of my time in that role was spent smack dab in the heart of the Covid era. My apologies for opening old wounds, but it was an era that saw the Leafs barely show up against Columbus in the 2020 bubble playoffs and collapse against the rival Montreal Canadiens the following season. Yeah, good times.
At the very least, I now know I was not the issue.
Nevertheless, I’m excited to be back in the mix covering the team on this wonderful platform as they embark on one of the biggest seasons in recent memory. On many accounts, it’s put up or shut up time for many of the cast and characters we’ve been familiar with over the past few seasons. Suffice it is to say, it should be interesting to see how it all plays out. Who am I kidding? Probably with another cliff hanger Game 7, right?
Pertaining to the type of content I aim to put out, I’ve always been able to showcase my love for the game in a unique and innovative way. Translation: Expect an outside the box approach filled with bitter honesty, passion, the occasional hot take, and a whole lot of sarcasm. Furthermore, I’m also looking forward to showcasing my expertise and knowledge in the fantasy/betting space as well.
It’s going to be a fun ride, hop aboard!
News
Recent articles from Nick Alberga