Do the Toronto Maple Leafs play down to their weaker opponents? 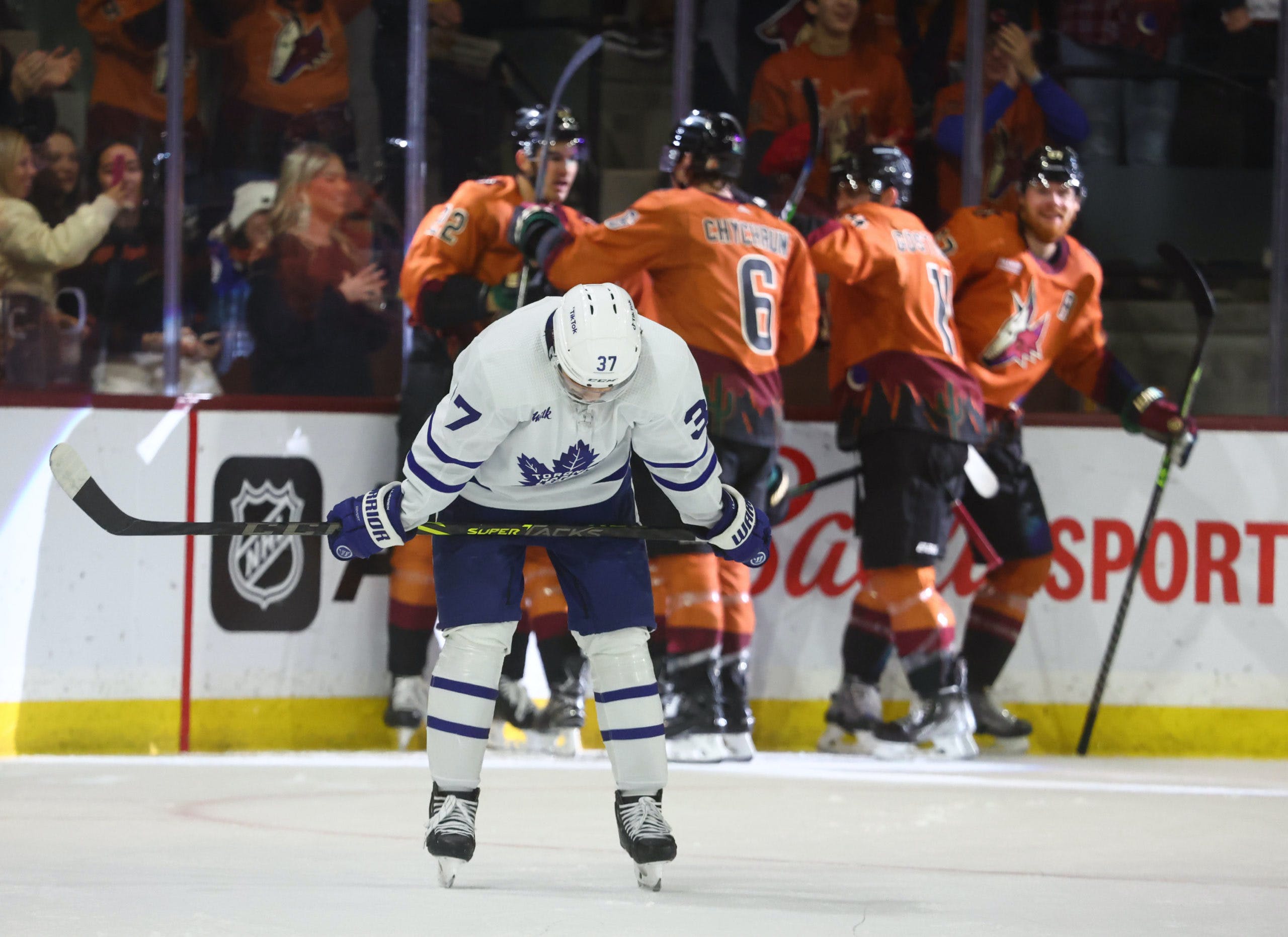 By Colin Hunter
30 days ago
On Thursday night, the Leafs lost to the Arizona Coyotes by a score of 6-3.
This loss was the second time this season that the Leafs have lost to the Coyotes in regulation this year, in only two matchups. In fact, the Leafs did not beat the Coyotes in the entire year of 2022.
For the Leafs, a team that is perceived by most as a team in the elite tier of the league (at least in the regular season), these results should be surprising. However, long-term fans of the team would tell you that this is a perfectly “leafy” outcome; the Leafs tend to get results that defy the expected outcomes.
Without expending much effort, the average Leafs fan can tell you about a time when the team lost a game or series that they should have won. The series against Columbus or Montreal, the blown 5-1 lead against the Sens, and all four games against the Coyotes this year are just some examples.
There seems to be a level of belief among fans that either opposing teams play harder against the Leafs, or that the Leafs occasionally play down to lesser opponents. Either way, the idea is that the Leafs have a harder time against teams that are low in the standings than their perceived “elite” peers.
Is this belief accurate? I looked into the Leafs results against sub-.500 opponents dating back to last year to find out whether it applies to this current core.

Last year, the Leafs played a total of 35 games against opponents who finished with a points percentage of below 50 percent. The 12 teams that make up this segment are: Columbus, San Jose, Anaheim, Buffalo, Detroit, Ottawa, Chicago, New Jersey, Philadelphia, Seattle, Arizona, and Montreal.
In these 35 games, the Leafs finished with a record of 25-8-2 for a points percentage of 74.3 percent, a notch higher than their season points percentage of 70.1 percent. This implies that the Leafs’ results against this segment were, in fact, better than their results against teams with a points percentage above 50 percent, as one would expect.
However, when looking deeper into the results, some interesting outcomes are appear. Of the 12 teams in the segment, the Leafs only had an even or losing record against three of them: the Montreal Canadiens, the Buffalo Sabres, and the Arizona Coyotes. Combined, they went 3-6-1 against them.

At the time of writing, the Leafs have played nine games against opponents who currently have a points percentage of below 50 percent. The teams that they have played against within this segment are: Montreal, Philadelphia, Arizona, San Jose, and Anaheim.
Against these teams, the Leafs are currently 4-3-2 for a points percentage of 55.6 percent, well below their mark on the season of 69.4 percent. It is worth noting, however, that four out of five of these losses occurred during the first 10 games of the season in which the Leafs struggled significantly.
Of the five teams in the segment, the Leafs have a losing record against two. Interestingly, these two teams are Montreal and Arizona, albeit in only three total games.

While it is clear that this year, on the season, the Leafs have struggled to a degree against weak opponents, I am willing to give them the benefit of the doubt on their first 10 games given the drastic improvement in performance since then.
On average, it seems that this current core does not necessarily struggle against weak opponents. Rather, they seem to struggle against specific opponents within the segment that I’ve classified as “weak”. Specifically, Montreal, Buffalo, and Arizona have given them issues over roughly the last year and a half.
A number of potential reasons for this come to mind. It is possible that the fans are right, and that the Leafs are playing down to these specific opponents or that they are playing up specifically to the Leafs. It is also possible that these teams could be poor stylistic/tactical matchups for the Leafs. Or, of course, this could be the result of simple random variance over a relatively small sample.
The reality is that hockey is a much more complicated game with several tangible and intangible variables, and that the truth is likely a variety of factors including those listed above. Perhaps in the future a deeper dive into the Leafs’ struggles against these specific teams could reveal some answers.
Editorials
Recent articles from Colin Hunter