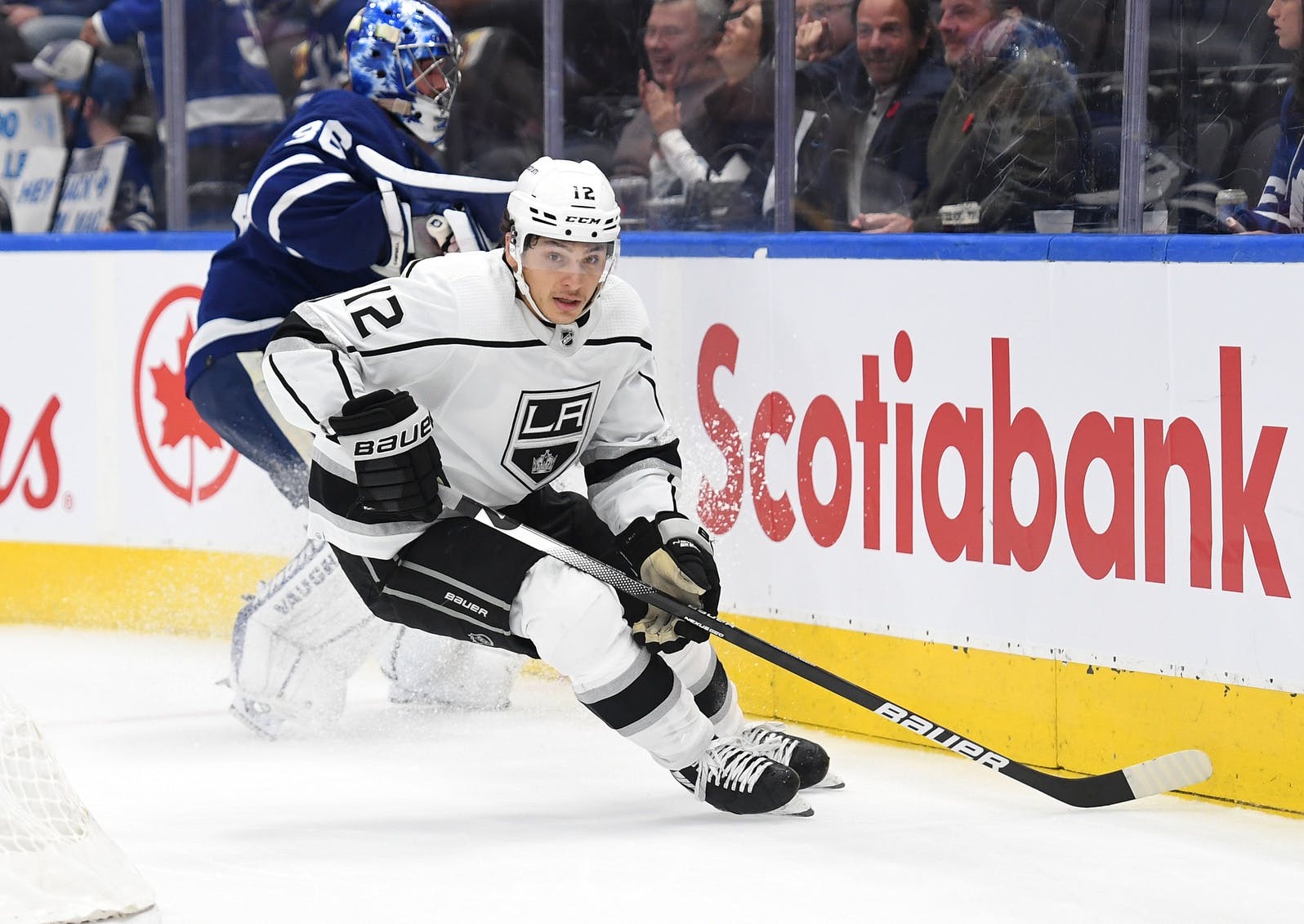 By Mike Gould
1 month ago
The Los Angeles Kings have signed forward Trevor Moore to a five-year contract extension, the club announced Thursday afternoon.
Moore, 27, spent parts of two seasons with the Toronto Maple Leafs to begin his NHL career before being traded to the Kings in 2020. His new deal with the Kings extends through the end of the 2027–28 regular season and carries a $4.2 million cap hit.
The Maple Leafs originally signed Moore as an undrafted free agent out of the University of Denver in 2016. The 5’10”, 195-pound forward spent parts of three seasons with the American Hockey League’s Toronto Marlies, winning the Calder Cup in 2018, before making the jump to the NHL with the Maple Leafs in 2018–19.
Moore appeared in 52 games over parts of two regular seasons with the Maple Leafs before being traded to the Kings on February 5, 2020. He also skated in all seven of Toronto’s quarterfinal playoff games against the Boston Bruins in 2019, recording one goal in the series.
Moore scored six goals and 17 points in 20 games with the Marlies during the 2018 Calder Cup Playoffs. In 52 games with the Maple Leafs between 2018–19 and 2019–20, he managed five goals and 13 points.
In the trade with the Maple Leafs in 2020, the Kings acquired Moore and two third-round picks in exchange for goaltender Jack Campbell and forward Kyle Clifford. Moore scored 10 goals in 56 games with the Kings in 2020–21 and improved to 17 goals in 81 games the following season.
Through 32 games with the Kings in 2022–23, Moore has seven goals and 18 points. The product of Thousand Oaks, CA was set to become an unrestricted free agent in July 2023 upon the expiry of his current deal (worth $1.875 million per season).
Moore has 42 goals and 107 points in 236 career games with the Maple Leafs and Kings. He and the Kings will return to action on Thursday evening to take on the red-hot Bruins at TD Garden.
News
Recent articles from Mike Gould