Finally back home, Leafs look to turn the tides against the Flyers 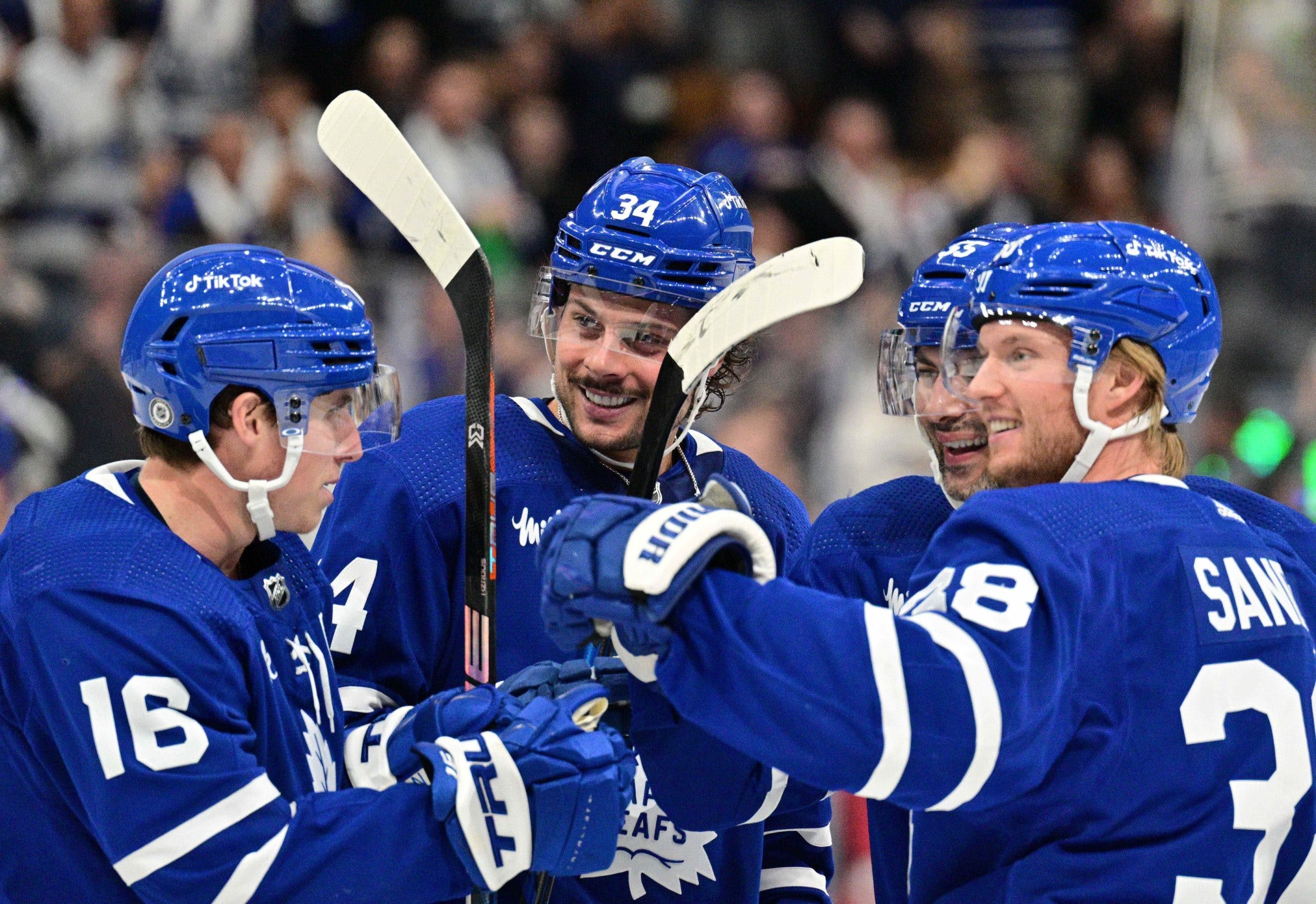 By Steven Ellis
27 days ago
You might not be aware of it, but Leafs fans tend to get a bit doom or gloom rather easily.
The Toronto Maple Leafs currently sit seventh in the Atlantic Division with a 4-4-2 record through 10 games. They’re amid a four-game losing streak, marking one of the toughest patches of the 2022-23 season by any team so far. But, again, we’re talking about 10 games into the season. An eighth of a full campaign. It’s Nov. 2. The playoffs begin in April. Everyone needs to relax.
And that’s the mindset the Leafs seemed to have after an optional morning skate on Wednesday. The club is set to host the Philadelphia Flyers, fresh off of a 1-0 overtime loss on Tuesday to the New York Rangers. The Flyers – whom many expected to be in the Connor Bedard sweepstakes – has managed to remain competitive with new coach John Tortorella, starting the season with a 5-2-2- record. They’ve lost their last two games, but have done an excellent job of making up for injuries to James van Riemsdyk, Sean Couturier, Ryan Ellis and Cam Atkinson – a significant part of the team’s core.
So winning tonight would be a huge confidence booster for the struggling Leafs. The team is finally back at Scotiabank Arena for the first time since beating the Dallas Stars in overtime on Oct. 20, 13 days ago. The Leafs are in a much worse position since then, but they’re happy with the hockey they’ve played at home, even if it includes a loss to the Arizona Coyotes, of all teams.
“I don’t know whether we’ve had a trip that long since I’ve been here,” coach Sheldon Keefe said. “It was nice to be back here. We’ve played some pretty good hockey while we’ve been here, so that’s comforting. We know our fans will be here to support us if we give them a reason to support us. So we have to go out and perform.”
For the players, Wednesday is just another game, regardless of how the fanbase feels. It’s all about focusing forward.
“It’s nice to get home, new month, a little bit of resetting here and moving forward,” defenseman Mark Giordano said. “I think it feels a little disconnected right now and we got to clean that up. It starts in our own end, getting pucks into our forward’s hands and then getting into the neutral zone and into their zone.
“When we’re at our best, we’re playing really quick and getting through the neutral zone and having a lot of O-zone time.”
Sure, it’s all a bunch of hockey clichés. But for a team as battered as the Leafs, getting back to the basics is the name of the game.
Since the road trip began on Oct. 22, the Leafs have a goals-for-per-60 of 1.49 (28th), goals-against-per-60 of 2.24 (21st) and a goals-for-percentage of 40 (24th). Just looking at that alone, it’s not a goaltending issue. Ilya Samsonov and Erik Kallgren have been fine. But in that frame, Auston Matthews had two goals, Mitch Marner, Michael Bunting and William Nylander had one each, and the bottom six had next to nothing to show for.
Perhaps the change of scenery will help turn things around – even if that change means playing in front of a rowdy fanbase desperate for success. And that’s amplified when you’ve got a coach that, to many, should be on the hot seat after a tough start. Once again, we’re talking about a 10 game sample, and one where the team is still playing .500 hockey. But there’s no pressure like Toronto pressure.
“People are passionate about our team here,” Giordano said. “People are excited for us to do well and I much rather play in a city that cares and really is involved in the day-to-day operations of the team… You hear things and you see things and you watch things, but I think there’s nothing like playing in a Canadian market.”
Don’t expect anything less than calamity at Scotiabank Arena on Wednesday. If they win, maybe the pressure eases off a little ahead of a big meeting with the red-hot Boston Bruins on Saturday.
If not, oh my.
Editorials
Recent articles from Steven Ellis