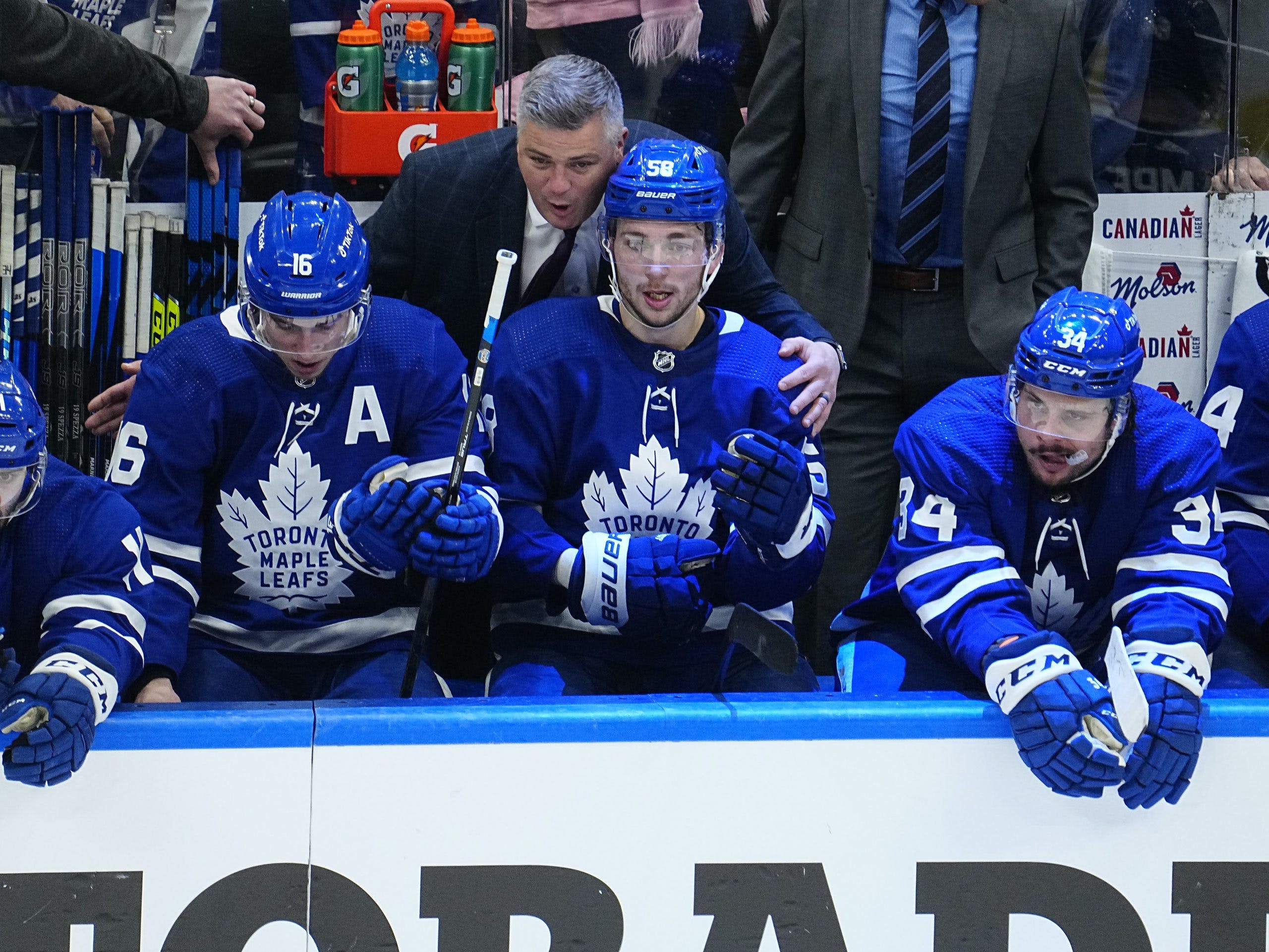 By Nick Alberga
1 month ago
At this point, there’s nothing that can whiff more than the Blue Jays did this past weekend, so here goes nothing.
Let’s get bold; I’m ready to strikeout with the bat on my shoulders.
Kidding aside, you can’t drop the puck for another Maple Leafs season without first making some predictions —as preposterous as they might seem. In this city of playoff failure after playoff failure, it’s important to take a load off sometimes and have some fun. After all, we’re still roughly seven months away from the gut check time.
Buckle up, it’s going to be another wild and fascinating ride.
The Leafs will finally win a playoff round
Considering they haven’t won a playoff series in 18 years, yes, this should unequivocally still be considered a bold take. Simply put, it’s incomprehensible how a nucleus of Auston Matthews, Mitch Marner, John Tavares and William Nylander are unable to muster up one single postseason series victory. They’re due, they’re very due. This can’t go on forever, can it?
Matt Murray and Ilya Samsonov will combine to outperform last year’s goalie tandem
To be fair, this one’s aimed more at Jack Campbell, who by far, was the only Leafs goalie last season capable of consistently make a save. Indisputably, Murray and Samsonov come with plenty of risk; one look at social media when they were acquired will tell you everything you need to know about the perils following them to Toronto. Having said all that, there’s undeniably the potential for reward in this situation. For what it’s worth, the Leafs ranked 14th of 32 in 2021/22 in both goals against and goals allowed.
Nick Robertson will hit the 15-goal plateau
Even though Robertson finds himself on the outside looking in to start the season, it’s inevitable that he’ll get his opportunity to prove his worth. All the 21-year-old did in the preseason is tie Denis Malgin for the team lead in scoring with eight points. Simply put, it’s time for Robertson to take that next step, and considering what we saw in the preseason, is this proclamation that far off? Only time will tell.
Auston Matthews will NOT post his second consecutive 60-goal season
Bold, right? This guy scores more than… actually, never mind —not going there. At any rate, the 25-year-old is trying to accomplish something that hasn’t been done in 28 seasons. And that’s to hit the 60-goal plateau in back-to-back campaigns. Of course, the great Pavel Bure was the last to do so back in the early 1990’s. For what it’s worth, I have Matthews down for 57 goals this season and yet another Rocket Richard Trophy.
The Leafs will capture their first Atlantic Division title
Bookending this with another team accomplishment. All things being equal, the logic behind it is pretty simple, too. Firstly, this team’s very good. At least on paper, it’s perhaps the deepest roster we’ve seen in the Kyle Dubas era. Secondly and most importantly, the teams around them are more of a mystery. You could argue the Panthers sacrificed regular-season success to be harder to play against when it matters. Furthermore, Tampa prefers to pace themselves and the Bruins are severely banged up. Also, it’s conceivable that the Ottawa Senators could enter the equation as well.
Editorials
Recent articles from Nick Alberga