Game #3: Maple Leafs look ahead to tonight with some lineup changes 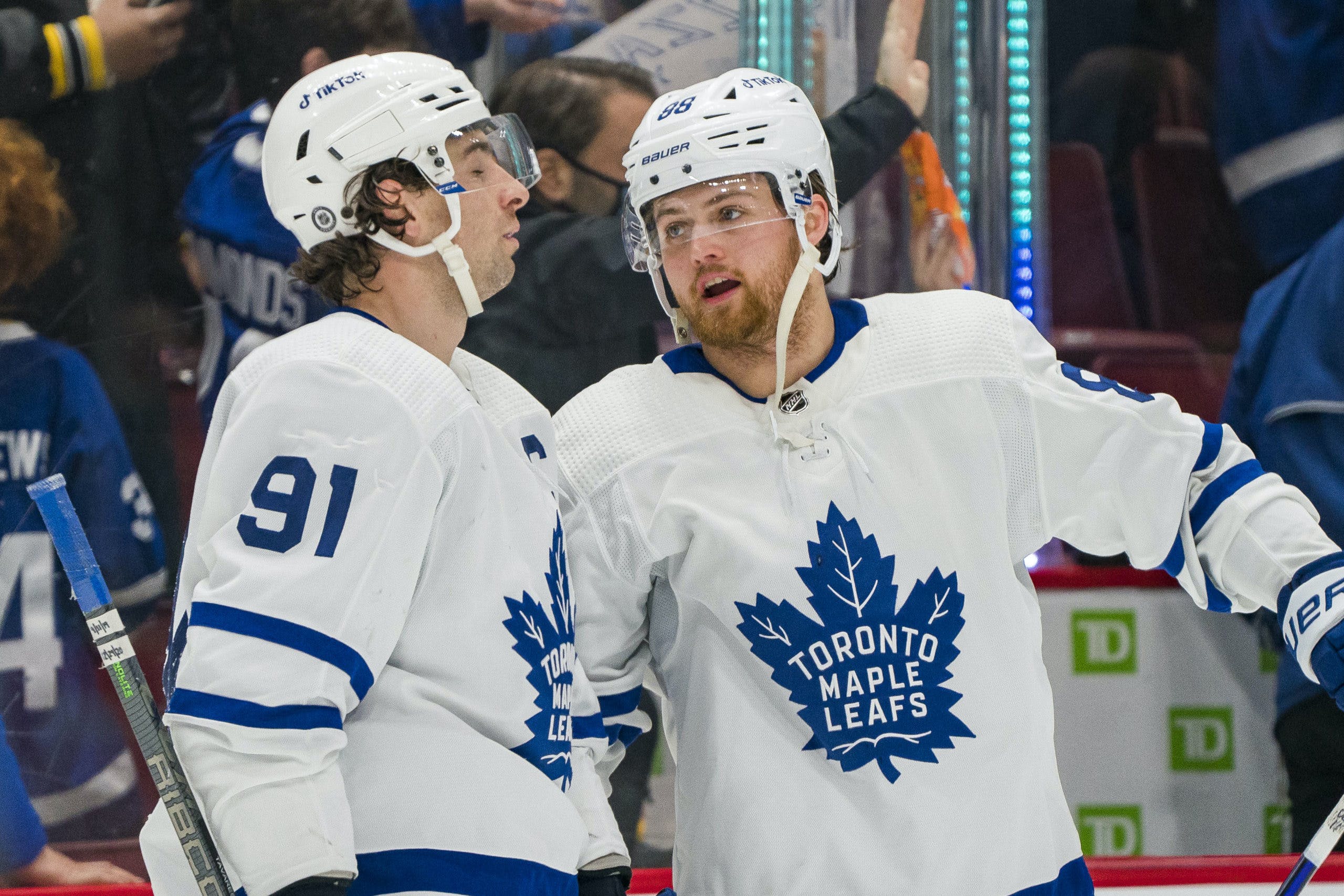 By Nick Barden
8 months ago
After a Game Two which saw plenty of penalties and a physical affair, expect something similar in Tampa on Friday night.
There’s plenty to look forward to in this game between the Maple Leafs and Lightning. First is how Toronto performs in the playoffs in the visiting building. If you remember back to last season, the Maple Leafs won the first two games in Montreal, and if they can do that in this series, it would be something incredible.
That though is a massive if, especially against the back-to-back Stanley Cup champions.
Lightning head coach Jon Cooper will make no changes to his lineup that defeated Toronto 5-3 on Wednesday night. With that being said, this is what their lineup will look like on Friday night.
The Maple Leafs’ key to tonight’s game is to stay out of the penalty box. As for Wayne Simmonds, who took two of Toronto’s seven penalties (the Lightning scored both times) in the game, he’ll be a scratch tonight.  Coming in for him will be Jason Spezza.
Here’s how Toronto’s lineup will shape up ahead of the game tonight in Tampa.
Ondrej Kase wasn’t at the morning skate due to personal reasons, but the Maple Leafs confirmed that he will be available for Game Three tonight. The placeholder for him at Friday’s morning skate was Joey Anderson.
Another player who’s out of Toronto’s lineup tonight is Timothy Liljegren. He will exit the group in exchange for Justin Holl, who is projected to play alongside Mark Giordano for Game Three.
The last of the lineup changes see that William Nylander will reunite with John Tavares on the second line, something the Maple Leafs have strayed away from for a while. Toronto’s second line is projected to have Nylander, Tavares, and Kase on it.
After the Maple Leafs’ morning skate, Spezza described what it was like to miss the first two games of the series.
After Spezza was Maple Leafs’ head coach Sheldon Keefe, who discussed why it was important to put Nylander back with Tavares.
Keefe also talked about why it was time for Spezza to get into Toronto’s lineup.
The starting goaltenders tonight are no other than Jack Campbell and Andrei Vasilevskiy, obviously. Unless there’s an injury, we likely won’t see another goaltender from either team in this series.
If you’re looking to watch Game Three, you can catch it at 7:30PM ET on Sportsnet or CBC and if you want to listen to it on the radio, find it on TSN1050.
More from TheLeafsNation.com
POINTSBET IS LIVE IN ONTARIO