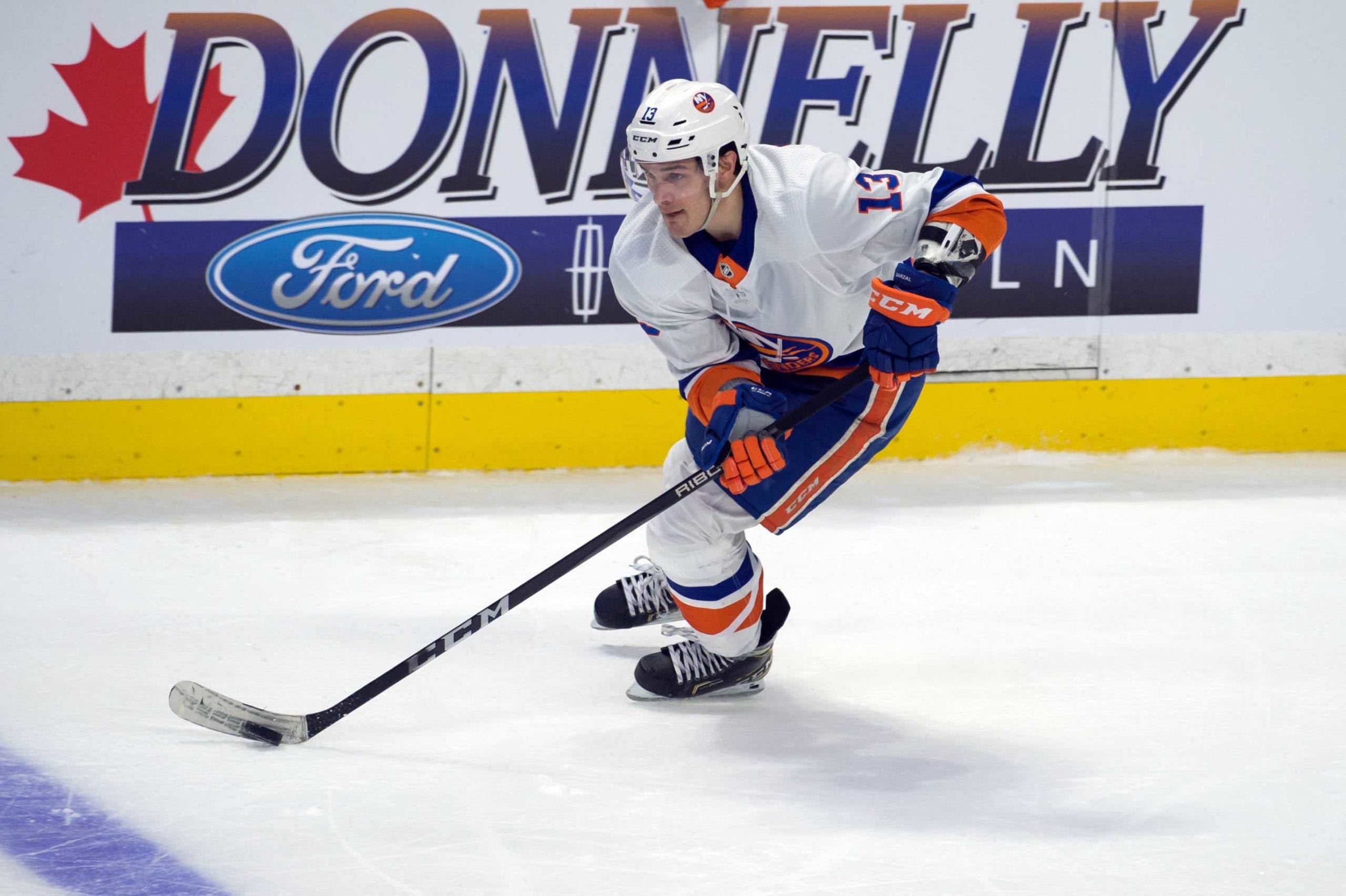 By Scott Ony
1 month ago
Two more days until the NHL regular season kicks off in Prague, Czechia. The San Jose Sharks and Nashville Predators will play the season’s first two games on Friday and Saturday. Games in North America begin on Tuesday.
Over the last week the two games were played in the NHL Global Series, the New York Islanders locked up their franchise player, Mike Grier added another member to his ever-growing staff in San Jose and the Seattle Kraken unveiled their mascot.
NHL Global Series
On Monday night in Bern, Switzerland the Nashville Predators played an exhibition game against SC Bern. Preds captain Roman Josi starred in front of his hometown crowd scoring two goals and an assist in the 4-3 win. It was a special moment for the Predators captain, fellow countryman Nino Niederreiter and the sellout crowd at PostFinance Arena.
This game was long overdue. The Predators were supposed to play in Bern back in 2020 but it was cancelled due to COVID.
The San Jose Sharks faced off against Eisbaren Berlin on Tuesday. The crowd in Berlin was electric even though the Sharks didn’t have any German players in the lineup. Nico Sturm, the lone German on San Jose’s roster watched from the press box due to a minor injury. The Sharks won the game 3-1.
The Sharks and Predators are now off to Prague to begin the NHL season on the weekend. In November the Colorado Avalanche and Columbus Blue Jackets will play two games in Tampere, Finland to conclude the 2022 NHL Global Series.
Barzal contract
New York Islanders general manager Lou Lamoriello signed superstar forward Matt Barzal to an eight-year extension on Tuesday. The deal carries a cap hit of 9.15M per season and has a modified no-trade clause (22 team no-trade list) that begins in 2024.
Drafted by the Isles 16th overall in 2015, Barzal has been a key player for New York since 2017. He has scored 311 points in 362 games as an Islander. Last season he had 59 points in 79 games.
Maple Leafs winger William Nylander could be looking at this deal as a comparable next summer as his contract is set to expire in 2024. It will be difficult for the Leafs to hold onto Nylander if this is the case. Barzal is a center, but their offensive output and age are similar.
Dominik Zrim hired by the Sharks
Zrim, the co-founder of CapFriendly was hired by Sharks GM Mike Grier on Saturday. He will be the team’s new Director of Salary Cap Management. He previously worked for the Chicago Blackhawks but resigned during the summer.
Zrim joins a longlist of management hired by Grier since he took over GM from Doug Wilson in San Jose. Grier has expanded the size of the Sharks management staff significantly. Under Wilson many of these specific titles did not exist and these roles were managed by assistant GMs.
Buoy joins the Kraken
The NHL’s newest team has made an interesting decision by bringing in Buoy the troll as their mascot.
Reactions from hockey fans have ranged from puzzled to disgusted. It seems the Kraken are going the Philadelphia Flyers route of hideous mascot that in no way resembles their team. Unfortunately for them Buoy isn’t getting anywhere near the love Gritty has received.
More from The Leafs Nation:
News
Recent articles from Scott Ony