Goalies are voodoo: A potential solution for Leafs’ goaltending 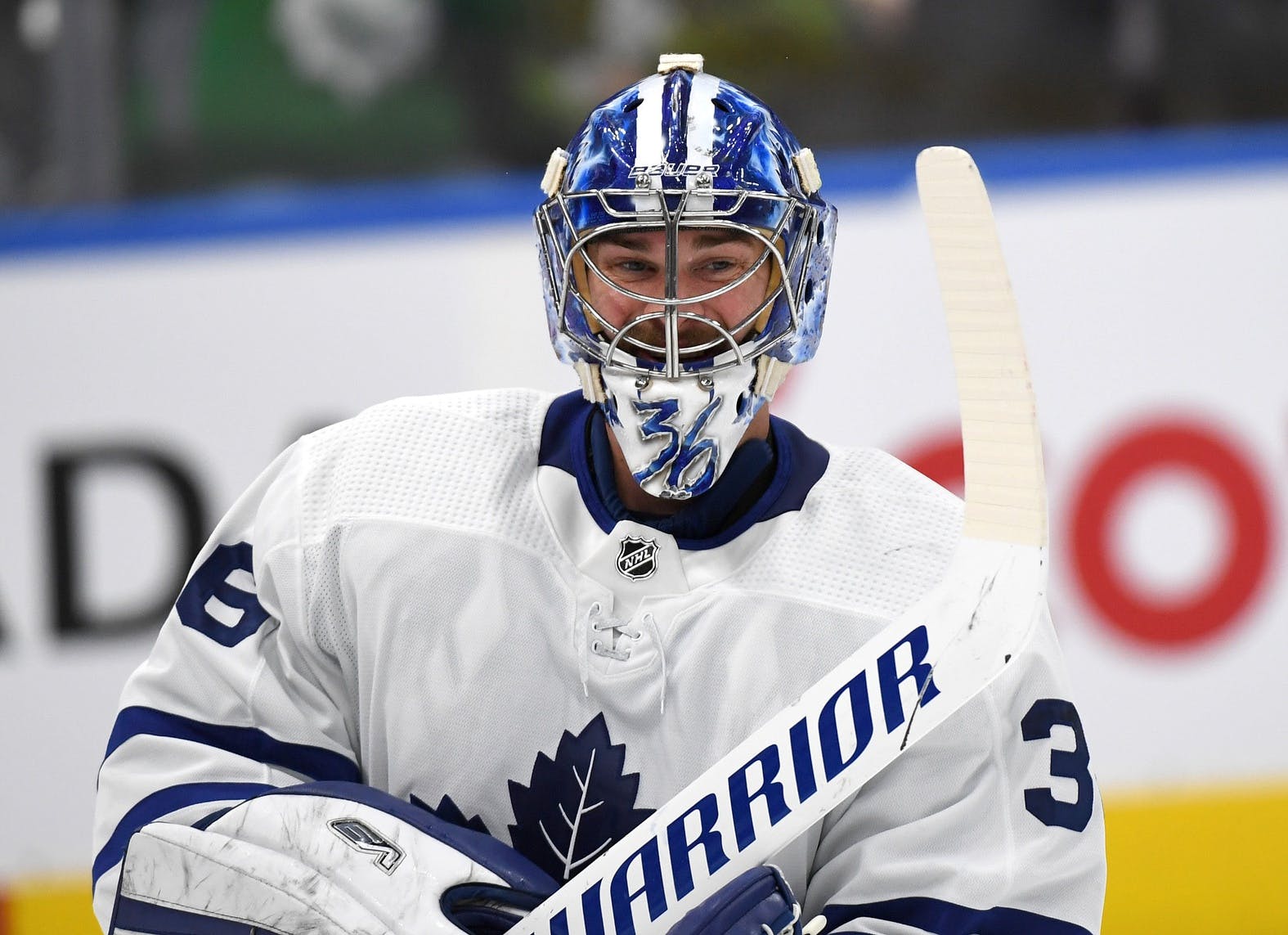 By Dylan Murphy
10 months ago
As is often the case in Leafs Nation, even on a good day, this team is utterly doomed. Or are they? Maybe. Who knows?
Goaltending is the one area of hockey that most people have the hardest time evaluating. I certainly don’t profess to be an expert in the field, but with both Petr Mrazek and Jack Campbell struggling lately, it’s a topic that should be addressed in some way prior to the Mar. 21 trade deadline.
This is not to say that Kyle Dubas should use his “one bullet” and take a big swing to improve at the goaltending position, because of how truly random the position is. Rather, a better move would be to fortify it marginally through addition without subtraction. Throw a rock at the problem instead of firing the only bullet.
One trade that has been suggested a lot is a Marc-Andre Fleury for Mrazek plus a draft pick and/or a prospect, but think about this: If one of the current tandem (or any potential post-deadline tandem) were to get injured, Joseph Woll or Michael Hutchinson is the next man up, how much confidence does that instil in the position?
Goaltenders are voodoo. This is a saying that’s been popularized among hockey fans for years, one that’s backed up pretty well by any number of statistics. Goalies are good one minute, bad the next. They can make an absolutely jaw-dropping windmill save, or fumble the puck and put it in their own net. There is simply no way to predict how any given goaltender is going to perform on any given night. The position is chaos untethered.
So why not bring in even more chaos?
Yes, I am suggesting that, on deadline day, the Leafs should trade a mid-late round future pick and/or a ‘B’ to ‘C’ level prospect to pick up a third goaltender, essentially re-doing the David Rittich trade from last season. Get a player who can step in and at the very least be a competent backup on nights when one of the main tandem really needs some time off, either for physical or mental rest. In the best-case scenario, this player steals the net and further complicates the off-season decisions at the goalie position.
Let’s look at the facts: Petr Mrazek, in his career, has an average save percentage of .910, and Jack Campbell’s is a .917. Mrazek has played games in the second round of the playoffs, which is not something any Leafs goaltender of the past 18 years can say, at least not while wearing the blue-and-white. Campbell has a track record of success and a franchise record under his belt, when he’s on, he’s on.
Of course, there are legitimate concerns as well. Campbell has never taken on a starter’s workload before in an 82-game season, he may be buckling under the weight of that. Mrazek, positionally, plays very chaotically, often having to make fantastic saves on situations he himself created. Neither one is a perfect player, but this team doesn’t need perfect, it just needs to hit “good enough.”
The Leafs have a good tandem, on paper, it’s just that both of them are having the worst stretches of their seasons at the exact same time, and coincidentally, at a time when a lot of the team is playing with a non-COVID bug that’s running through the room, which may be playing a factor in their performances. Introduce a third player to share the workload, and observe which of the three takes the opportunity in front of them and runs with it.
Of course, now that this thought is out into the ether, whichever goaltender gets the start tonight will likely put on a Vezina-caliber performance for 2 or 3 weeks and quell all the concerns at the position, so you’re welcome I guess.
More From TheLeafsNation:
Content
Recent articles from Dylan Murphy