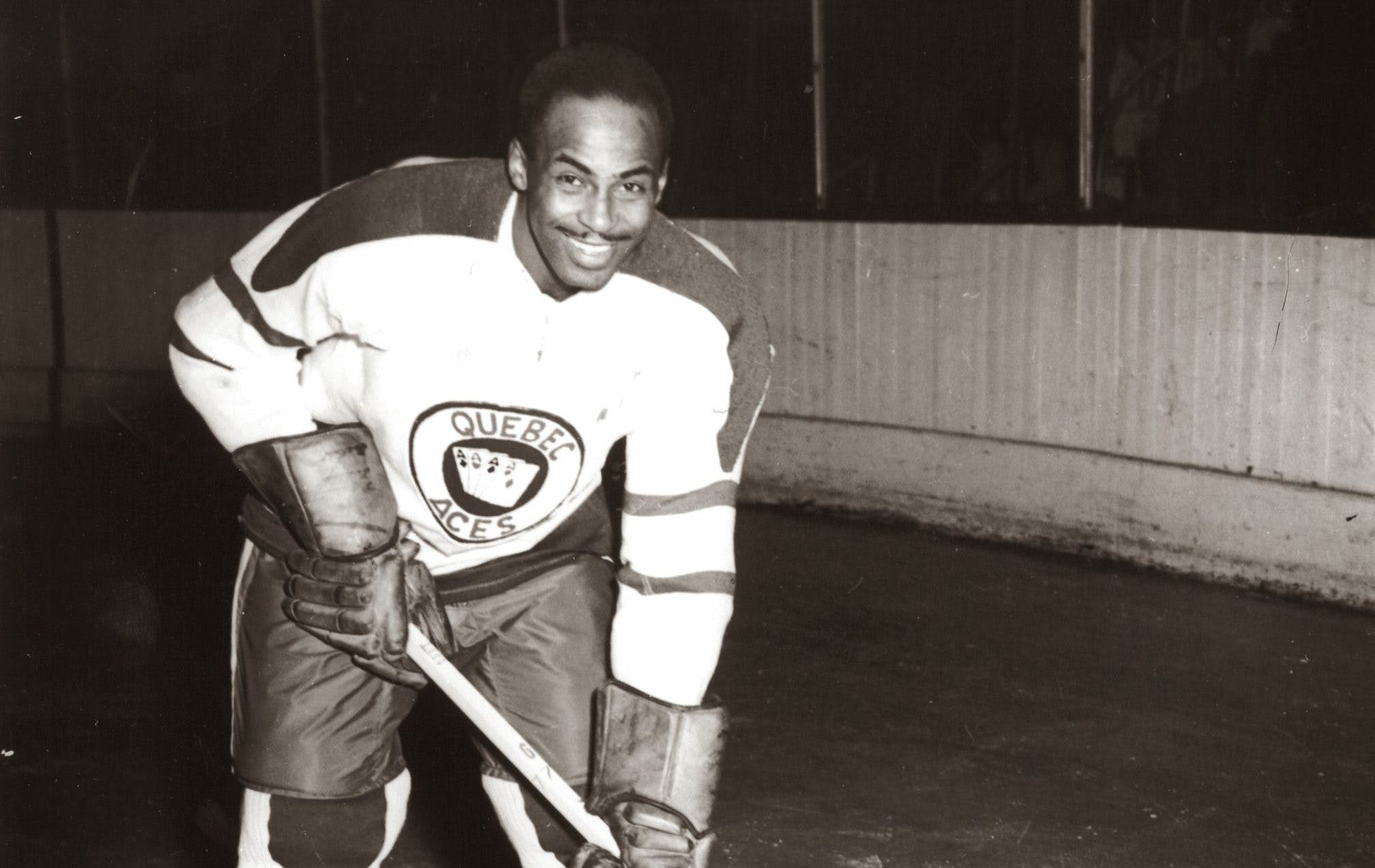 By Nick Barden
5 months ago
The Hockey Hall of Fame announced the Class of 2022 on Monday and it features a number of hockey greats.
Herb Carnegie is being inducted into the Hockey Hall of Fame as a builder. Carnegie was a black Toronto-born hockey player who played in Ontario and Quebec throughout the 1940’s and 1950’s, but never made it to the NHL due to racism in the game.
He almost made the NHL back in 1948 when the New York Rangers invited him to training camp. Carnegie was eventually offered a contract to play for their minor league team, but it was less than what he made playing on Sherbrooke St. Francis, so he declined.
Carnegie, though, was argued to be the “first Black Canadian hockey star” and “the best Black player to never play in the NHL,” according to The Canadian Encyclopedia.

More from the article:
“He believed, like many, that his African heritage was the sole reason he was unable to break into the league. In several interviews, he recalled being devastated by the alleged (and widespread) remark by Maple Leafs boss Conn Smythe that he would sign Carnegie if only someone could ‘turn him white.'”

During his last year of hockey, Carnegie founded one of Canada’s first hockey schools called Future Aces.
He eventually became a member of the Order of Ontario and the Order of Canada for his work training young hockey players. Carnegie also wrote a book called “Future Aces Creed” and created the  Herbert H. Carnegie Future Aces Foundation which “affects the lives of more than 100,000 students annually across Ontario.”
Carnegie unfortunately passed away back in March of 2012.
One Women’s hockey player will be a part of the Class of 2022 and her name is Riikka Sallinen. Already in the Finnish and IIHF Hall of Fame, Sallinen becomes just the ninth women to be inducted into the Hockey Hall of Fame.
The Finnish native spent 16 seasons with the Finland Women’s National Team, earning two Olympic bronze medals, one World Championship silver plus six bronze medals, and three European Championship gold medals.
Sallinen is also the oldest hockey player to ever win a medal in ice hockey at 44, beating out Finnish legend Teemu Selanne who won a medal at 43.
The rest of the Class of 2022 includes Daniel Alfredsson, Daniel and Henrik Sedin, as well as Roberto Luongo.
For more information on the Hockey Hall of Fame Class of 2022 festivities, click here. Induction Weekend will take place from November 11th to November 14th in Toronto.
More From TheLeafsNation.com