‘He’s never out of the play’: Joseph Woll ties Marlies record and could break it with another win 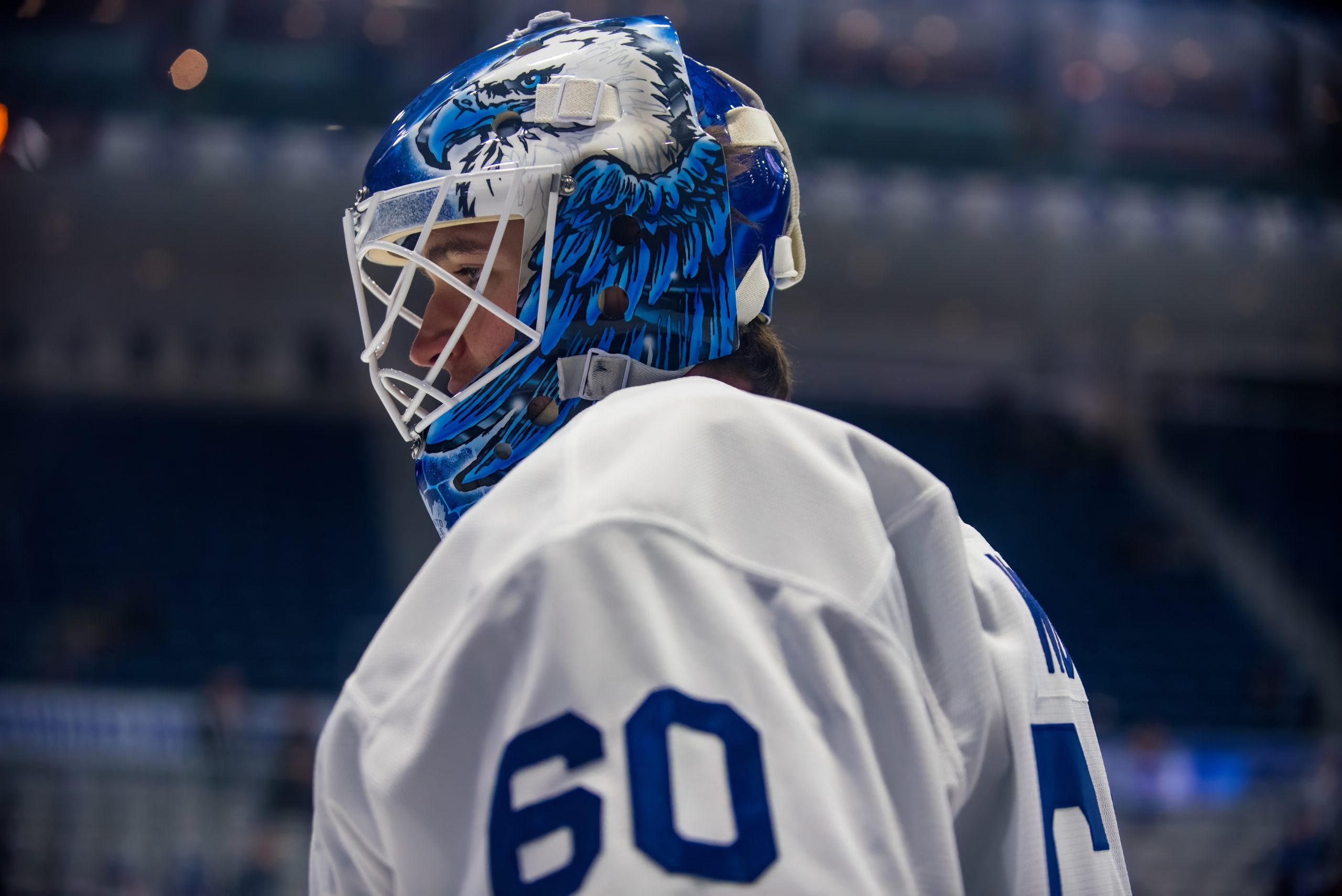 By Nick Barden
21 days ago
“At the end of the day, goalie is just trusting yourself and playing.”
Nobody could’ve predicted the run that Joseph Woll has been on since returning from two injuries that kept him out nearly eight months.
Eight-straight wins, a .934 save percentage, and a hell of a lot of work from Woll to get to the form he’s at currently.
“The initial injury was the hardest part,” the 24-year-old said to a small group of media in early December. “I was starting to put together some good games and it just kind of sucked getting injured at that time of year before playoffs and stuff. That was tough.”
35 days later, after standing under the bright lights at Coca-Cola Coliseum answering questions about his injury, Woll made history. And he can make history again the next time he plays.
“He’s showing right now that he’s put in a lot of work in the last few years and it’s coming together for him,” said Marlies head coach Greg Moore with praise on Sunday night. “It’s good to see him playing the way he is. He’s very deserving of it.
“Some injuries have kept him from the games played to this point in his career, and he looks healthy, strong, and the best I’ve ever seen him.”
The 24-year-old made 56 saves in Sunday’s 4-2 win over the Laval Rocket. It was only one shy of the Marlies record that he had already set when he stopped 57 shots against the same team back in May of 2021.
Alex Steeves wasn’t in the Maple Leafs’ organization when Woll set that Marlies record, but he’ll definitely remember Sunday’s game.
“He’s the ‘Brick Woll’ back there,” Steeves said grinning ear to ear.
“He’s never out of the play. They could backdoor him, he could be on his back, you gotta really earn it to get it by him just because he’s so big and athletic and long. And he’s obviously got the effort there, too. He doesn’t quit on any puck and that’s really admirable from the rest of the team’s perspective.”
Woll said back in November that the biggest thing he learnt while recovering from his injuries was “the importance of just having a steady mindset.”
During his recovery, Woll suffered a setback with his shoulder. He later then hurt his ankle, and that kept him out of the Marlies lineup for even longer.
“It’s easy to be up and down. Some weeks you feel better than other weeks and sometimes you don’t feel as good,” the 24-year-old said. “The importance of keeping a narrow vision and your goal in mind, and understanding that life moves like (a rollercoaster) a bit. That was probably the biggest thing I took from that.”
Woll, after his first practice with the Marlies, hoped that having the experience of just being “thrown into the fire” would help him when he returned. It’s safe to say it’s done more than just helping him get reacclimated.
The 24-year-old won his seventh-straight game last week and he was happy about it. But you could feel the calmness that he’s brought with him since his recovery. Woll wasn’t looking to the next game nor was he looking at his own play.
When he was asked how it feels to be undefeated through seven games, he stated, “that’s again a testament to the coaches and the goalie staff that I’ve been working with.”
On Sunday, after stopping the same amount of pucks as there probably were in Coca-Cola Coliseum that night, Woll celebrated his eighth-straight win. He’s now tied the Marlies record for the longest winning streak, alongside Calvin Pickard and Scott Clemmensen.
(Or, if you want to count the game that he was injured in last season, which he won, then he’s technically broken the record already.)
“No matter what I’m doing on the ice, he’s kind of like a security blanket out there,” Mac Hollowell said of Woll on Sunday. “I know in practice, just facing him one-on-one, I don’t score many goals on him, so (he’s) a really good goalie.”
Now, whenever Woll enters the crease again for the Marlies, he has the chance to make history. And if he’s trusting himself and just playing, it’s more than likely that he’ll be alone in the history books after his next game.
News
Recent articles from Nick Barden