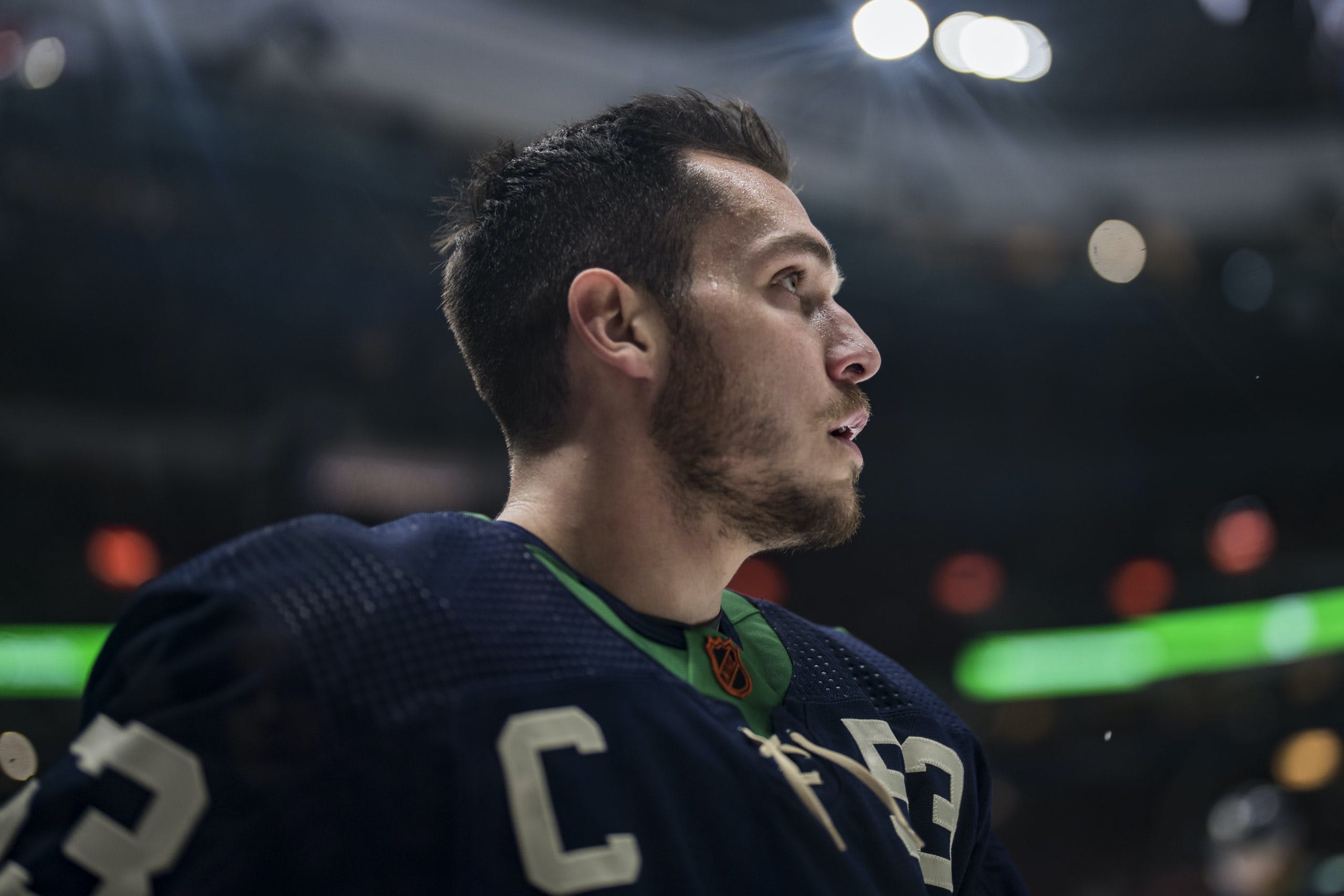 By Scott Ony
2 months ago
We are just over a month into the NHL season and there are a couple players that have been exceeding expectations and a team that’s playing its way into the Bedard sweepstakes.
Bo Horvat and Jason Robertson have been single handily winning games for the Canucks and Stars. Meanwhile, the St. Louis Blues are in the midst of their longest regulation losing streak in franchise history.
Bo Horvat
A few months ago Canucks fans were saying this guy isn’t even worth 6M per year. Well, now he’s second in the NHL in goals. With four multi-goal games in his last five he’s now at 12 on the year in just 13 games.
It’s a contract year for the Canucks captain and he’s playing his way out of their price range. His 16 points in 13 games have him on pace to shatter his career high of 61 set back in 2018-19. They chose to lock up JT Miller for seven more years instead of their captain whose two years younger and it looks like they’re going to regret it.
Unless they buy out Oliver Ekman-Larsson or trade one of Tyler Myers or Conor Garland it’s looking like Horvat will be playing elsewhere next season.
Even if they do manage to sign him, it’s going to seriously hurt their depth. Their defence is already among the worst in the league so spending a few million more on one of their centers won’t help. Also, Andrei Kuzmenko will likely be one year wonder in Vancouver because he’s earning himself a massive raise.
Soak it up while you can Canucks fans. Horvat is a lot of fun right now, but unless they trade him it doesn’t seem like a good thing for the team’s future.
Jason Robertson
Robertson just signed a four-year extension a month ago and it’s already a massive bargain. With the cap expected to raise significantly over the next few years his 7.75M AAV will be one of the most team friendly deals the league has ever seen.
He’s currently on a six-game goal scoring streak with seven goals and five assists over that span. His 19 points are good for fifth in the entire NHL.
It was hard to predict how the Stars would do this season. Jamie Benn and Tyler Seguin’s huge contracts seemed to be a problem but their young core of Robertson, Roope Hintz, Miro Heiskanen and Jake Oettinger has them looking like a legitimate contender.
St. Louis Blues
Man it’s tough times for the Blues right now. Most people expected this team to be back in the playoffs and after their 3-0 start everything was going as planned. Fast forward a few weeks later and they’re 3-8.
The Blues have made the playoffs in ten of the last 11 seasons, but this could be the beginning of the end for them. Ryan O’Reilly and Vladimir Tarasenko are both set to become UFA’s. They’re also on the wrong side of 30.
If this team doesn’t get it together soon both guys will likely move at the deadline. The roster isn’t bad though. They just have a ton of players underperforming. O’Reilly has two points in 11 games. Jordan Kyrou only has four. Jordan Binnington has a SV% of 0.886.
They still have a bunch of players from their 2019 Stanley Cup winning team and that team struggled in the regular season too. So don’t count them out yet, they’ve been through this before. The season goes by quick though. If they don’t get some wins soon, it’s time to embrace the tank.
News
Recent articles from Scott Ony