How the Maple Leafs can improve their in-game experience 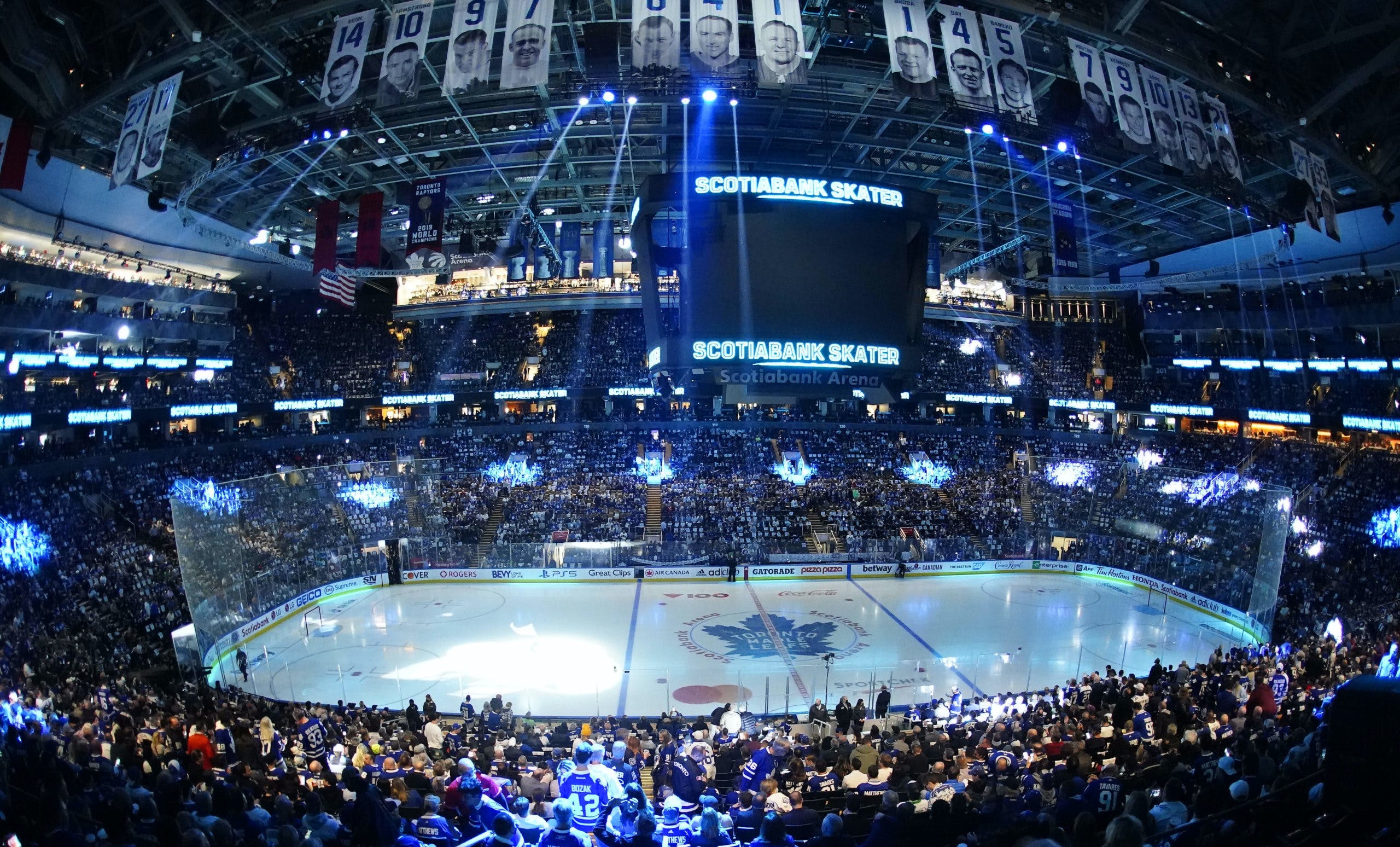 By Nick Barden
7 months ago
Is it time to move away from Hall and Oates? If so, what song would Toronto move to?
When it comes to being a Maple Leafs fan, the most important part of attending a game is the experience that comes with it. Whether it be the goal song, the commercial break fun, or the intermission content, it’s all important to the fan experience.
As we enter another off-season, there becomes questions of what needs to be fixed. Some might say change the goal song, others will mention making beer and food cheaper, but the biggest thing fans would want is less expensive tickets.
I don’t even think there’d be any debate for the last one. (One way to drive prices down would be hiring me to do intermission puns, according to our Managing Editor Jon Steitzer, and honestly, I wouldn’t mind that.)
The biggest part that needs to be changed is the ticket prices. There’s not a ticket you can find for a game that’s under $75 and that’s unfortunate. I believe everyone would agree with the fact that if ticket prices were cheaper, Scotiabank Arena would be much, much louder during games.
Unfortunately, though, the suits will always in the seats and there’s likely an alternate reality where the loudest fans are in the lower bowl.
But not this reality.
So, if not ticket prices, what else? Second in line to be changed has to be their goal song. As good as You Make My Dreams Come True by Hall and Oates is, many would say it’s time for a fresh sound. For me, I’d like to see something entirely different — individual goal songs.
What better way to do it than to have a certain song for each person when they score? It allows for the players to show their personality a bit more while also having a new sound for, well, everyone. (I’d love to see one player troll the fans and still have Hall and Oates for their goal song.)
Another change I’d love to see is cheaper food prices. It already costs an arm and a leg to get into the building, so it wouldn’t hurt to have everything in the arena a bit less expensive. If that doesn’t work, at least have something like the Rogers Centre where there’s cheaper food higher in the stadium, like in the 300s.
You’d think one of these two changes will happen heading into next season — because if not — well, that’s just sad.
But, if all else fails, the Maple Leafs need to have themed nights. I’ve watched plenty of AHL games throughout the last year where teams in the US have themed games such as Star Wars night, 80s night, and Fan Appreciation night. Essentially, Toronto would be adding more games similar to their Next Generation game.
While having these nights, they still need to have the important ones like Pride night, Hockey Fights Cancer night, and an International Women’s Day night. I’d like to see even more of these throughout the season.
If they were to make each of these nights a reality, plus change food prices or switch up the goal song, we have a lot to look forward to next season. But I’ll tell you now — don’t get your hopes up about food prices getting any cheaper because I doubt that happens.
More from TheLeafsNation.com