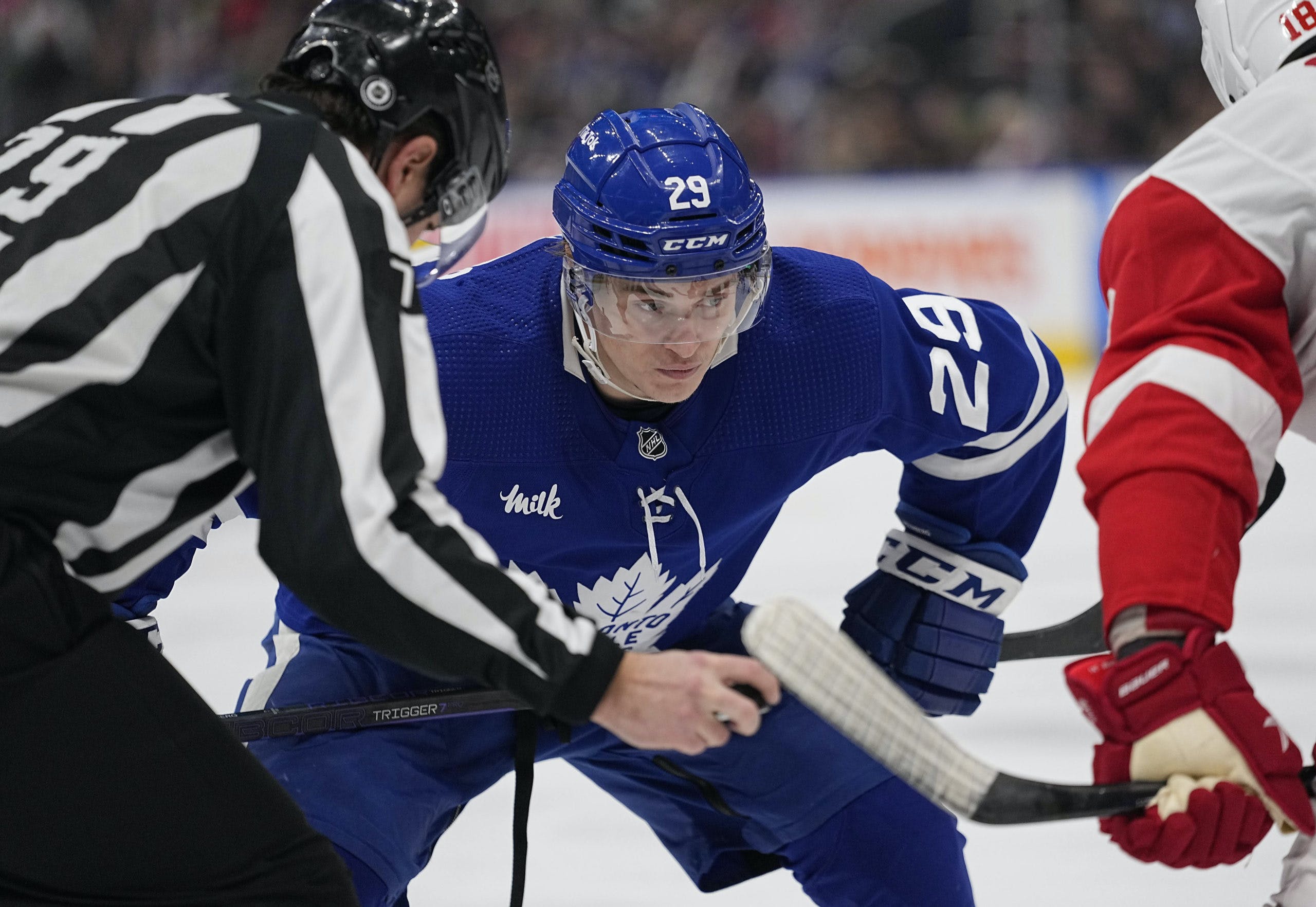 By Nick Barden
7 days ago
An 82-game season is an incredibly long year for the Maple Leafs and the NHL but what if I told you there was a huge advantage to having the Marlies play right down the street?
In just a few weeks, the NHL All-Star break rolls around. Toronto plays the Boston Bruins, before the break, on February 1st and then don’t play after that until February 10th in Columbus. That’s a week off for most of the Maple Leafs.
There are advantages to that, such as giving their top players time off to heal some bumps and bruises they’ve accumulated throughout this long season. However, with players in the bottom six, there might be a desire to keep them ready to go once the team ramps up play again.
That’s where the Marlies come in.
Two players in particular that I’d like to see sent down to the AHL just as the NHL All-Star break begins is Bobby McMann and Pontus Holmberg. It’s not forever — as their play at the NHL level has been remarkable — but only for a very short stint.
The Marlies play two games (Feb. 3 and Feb. 4 vs. the Rocket in Toronto) prior to the AHL All-Star festivities beginning in Laval on February 5th.
Having both McMann and Holmberg go down — to play top minutes — could allow them to stay fresh once the Maple Leafs return to practice when the break comes to an end.
One of the reasons why I chose these two players was because they are waivers exempt and Toronto can send them up and down as they please. We’ve already seen it once, most recently with Holmberg, where he was sent to the Marlies for conditioning after being sick.
The 23-year-old had a goal and an assist in three AHL games, and then was called right back up to the Maple Leafs.
Now, though it might not be the biggest thing in the world, I do believe returning to the AHL will help both young players. It might only be two games, but those games could be confidence boosters if either player feels as if they’re struggling.
For McMann, if he cannot find his first NHL goal before the All-Star break, returning to the Marlies could be a good opportunity for him to feel the back of the net again.
That might allow him to return to the NHL with a bit more conviction in that area, though just by watching him play I’m not sure he even lacks any confidence at the moment.
There might be an advantage to sending Jordie Benn down to at least play some games too knowing he likely won’t get into any with the Maple Leafs unless there’s an injury.
The only risk there is that he needs waivers again, so is it worth sending him down to get into a few AHL games?
For him, and with the way he’s played with the Maple Leafs, I’d say no. Although Benn is older at 35-years-old, he’s proven to still be a very relied upon defenceman at the NHL level. Unless a roster spot is needed, I’d say keeping him in the NHL is the right move.
But as for McMann and Holmberg — since they are waivers exempt — a few games in the AHL during the All-Star break couldn’t hurt.
Editorials
Recent articles from Nick Barden