Identifying good, affordable players to buy at the deadline market 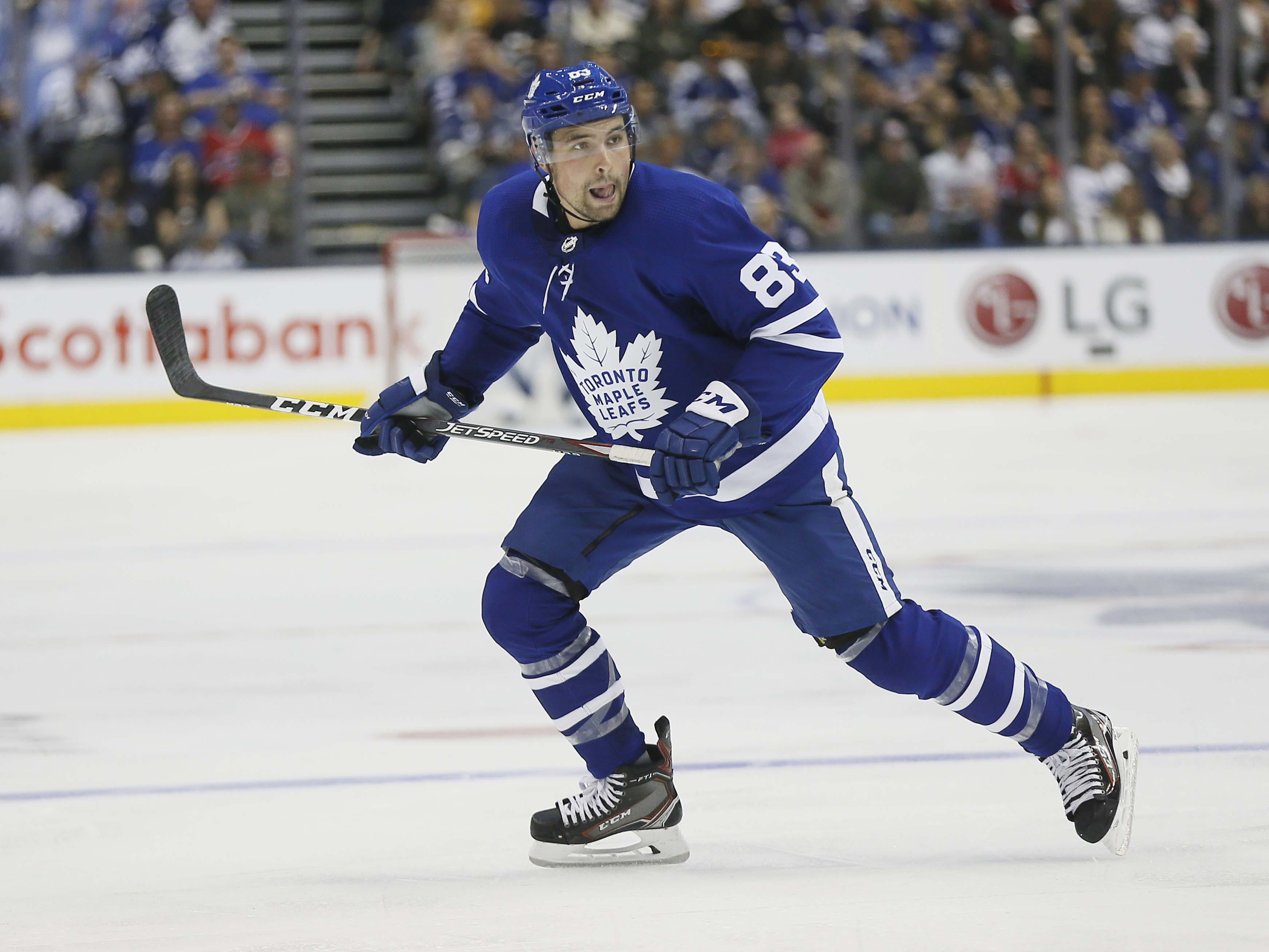 By Ryan Hobart
1 year ago
Arguably the most exciting time of the season, the NHL trade deadline is just around the corner. After Monday April 12th at 3:00 pm in Toronto (it’s set on Toronto time because the NHL knows that’s where its money comes from), teams will no longer be able to trade players and have them play in the NHL playoffs for their team this season.
Because the Maple Leafs are the most talked-about buyer on the market, they will be linked to every single player who is available. This post will aim to identify just which targets Toronto should be trying to go after.
There are five factors that will determine whether a player is a good buy for Toronto. Two of these are very simple and obvious, one is based on NHL CBA wizardry, and the last two rely on advanced stats.
At a high level, these five factors are:
According to PuckPedia, there are 140 skaters who have played at least 10 games this year and are unrestricted free agents at the end of the year.
To filter out for sellers, I consulted MoneyPuck.com to find teams with less than a 95% chance to make the playoffs. This is an arbitrary cutoff, but one that felt right given the results. That leaves us with 91 players.
According to our resident salary cap and NHL CBA genius Earl Schwartz, the Leafs can afford to add $2.5M on deadline day, so any player with a cap hit more than that would require the Leafs to shed salary cap. For simplicity’s sake, we’re going to focus on players that don’t require them to do that. However, we are going to consider that the selling team is willing to retain up to 50% of the player’s cap hit, meaning that we’re looking for players with cap hits under $5M. That cuts out 11 players for a remaining total of 80.
Obviously, Toronto wants to acquire someone who is better than their 12th best forward or 6th best defender. Just who those players are is certainly a topic for debate, but I’m going to rely on Evolving-Hockey’s Expected Goals Above Replacement (xGAR) model to pick this out. At forward, their 12th best xGAR player is Alex Barabanov with a -0.5 xGAR (below him is Ilya Mikheyev at -1.3). On defense, it’s Zach Bogosian with -1.1. Since both of these numbers are negative, we’ll look to players with an xGAR greater than 0, since that will not just be an upgrade on what the Leafs have, but an overall positive contributor, according to this model. That cuts the list way down to 38. There are a lot of bad value players out there this deadline day so the Leafs had better beware that fact.
The last factor is to determine the best value in terms of sending trade assets. This doesn’t have to be who the Leafs go after, since their primary goal is success this season. But if they do want to be shrewd with their assets, this will be important. To flag this, I’m going to look at players whose Expected Goals Above Replacement (xGAR) total is higher than their Goals Above Replacment (GAR) total. In this way, we’re looking at players who maybe haven’t had the best season, but are expected to have performed much better based on underlying play. In theory, GMs will be looking at a player’s results this season (GAR) to determine their quality, so the player’s trade value will be based on that. However, their actual on-ice value can be shown by xGAR. As such, we’re getting a player who has the potential to outperform their trade value. We’ll sort that out in the remainder of the article.

So just who are we looking at?

Below is the table of 39 remaining players who are a positive xGAR player this season. In italics are the players whose xGAR exceeds their GAR by a significant margin (I set this at a difference of 1.0 or more). In bold are the players who also have a GAR bigger than 1.0, since we do generally expect GAR to be repeatable to some extent. This means that players with a positive GAR are most likely to continue having a good GAR, unless their xGAR is significantly lower.
There’s certainly a lot of interesting things to pull apart here. By player, here are some cases that are worth some extra verbiage.

While it would be hilarious to bring Ceci back, Pittsburgh still does have a 91% chance of making the playoffs, so the case for them as a seller is an admittedly weak one.

Here is another former Leaf player that would be interesting to bring back. While he does only have a GAR of 0.4 so far this season, the xGAR of 3.0 is quite encouraging.

Near the top of this list, and thus one of the best acquisitions the Leafs could make according to this model, is Iafallo. The Kings are obvious sellers and Iafallo is almost a sure candidate to be a rental player. Can the Leafs be the team to capitalize? We know Dubas already has a relationship with the Kings after the Campbell and Muzzin trades.

While Reilly is significantly outperforming his xGAR, being in Canada and belonging to Ottawa makes him a safe trade candidate for Toronto. He may cost more than he’s really worth, but it looks like he would be a really solid addition. Plus the potential for a Reilly/Rielly pairing is too hilarious to ignore.

Granlund doesn’t look to be the best acquisition here, but he does meet all of the criteria except for having a good GAR this season. The Leafs have been linked to Granlund on numerous occasions, to the point where some have suggested a handshake deal is in place that will be executed on deadline day for salary cap reasons. We’ll see if that holds true, but ultimately I think Granlund would be a perfectly fine addition for Toronto, depending of course on the trade price and if he comes with any extra toys for Sheldon Keefe to play with, like Mattias Ekholm.

There are always so many fun ideas floating around trade deadline day, I only mean for this to be a few more. GAR/xGAR is far from a definitive statistical model, but it’s easy to work with an postulate on, so it’s a great tool for amateur data analysts like myself.
With these names in mind, I’ll be approaching deadline day with a few deals I’m hoping to see the Leafs execute (Ceci and Iafallo, plz). And of course, if they can magically find a way to fit the cap hit of Taylor Hall, then I’m all for that. Let’s see what happens!
Uncategorized
Recent articles from Ryan Hobart