Is it time to break up Auston Matthews and Mitch Marner? 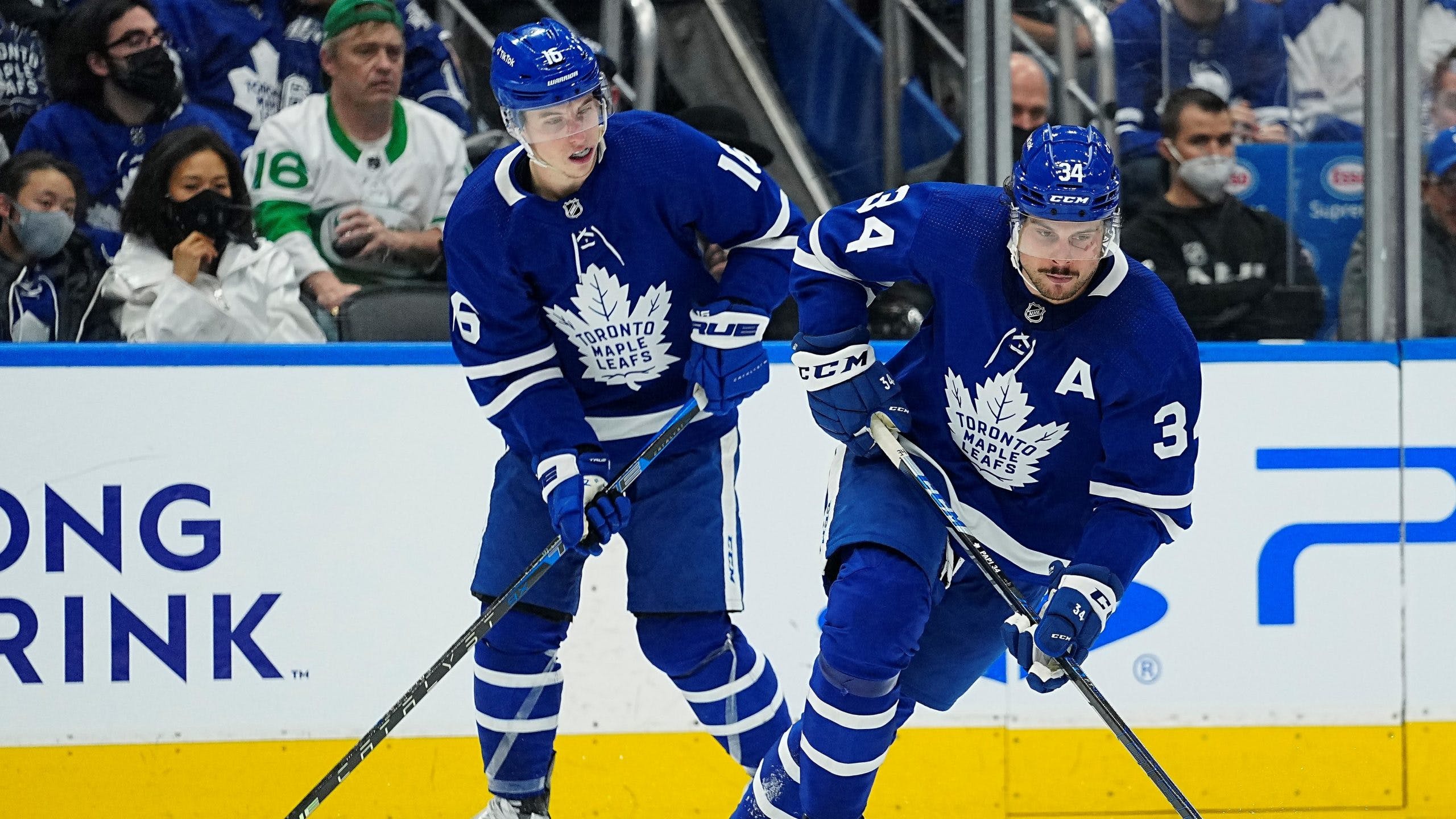 By Kyle Cushman
6 months ago
Heading into Game 5, the series between the Toronto Maple Leafs and Tampa Bay Lightning is exactly where many expected it to be: tied 2-2 coming back to Toronto.
There has been plenty to take away from the first four games of the series, but one of the biggest points of interest coming out of the two games in Tampa Bay is the dominance of the @Alex Killorn, @Brayden Point, and @Anthony Cirelli unit. That line, along with the pairing of @Victor Hedman and @Erik Cernak, were matched against the Maple Leafs top line of @Auston Matthews and @Mitch Marner, and quite simply smothered them.
In Game 4, Matthews and Marner generated just one shot attempt against Tampa Bay’s shutdown unit. Despite the Maple Leafs win in Game 3, it was much of the same story, with Matthews and Marner coming in at a sub-30 per cent Corsi-for against Killorn, Point, and Cirelli.
With Toronto’s top line being shut down by Tampa’s matchup line and the Leafs failing to generate much at 5v5 from their second line, that begs the question: Is it time to break up Auston Matthews and Mitch Marner?
We haven’t seen Matthews play with @William Nylander or Marner play with @John Tavares for any significant amount of time in 2021/22. For essentially the entire season, Matthews and Marner were paired if they were both in the lineup. Obviously, this made a lot of sense in the regular season given the success the two were having. But now in a three-game series and coming off of two games where they were neutralized in Tampa Bay, Sheldon Keefe will have to give the idea of splitting the duo up some real thought.
For Matthews-Nylander, the results were very strong in the regular season. A 56.5 per cent Corsi-for with a 61.1 per cent expected goals share in just over 200 minutes at 5v5 were in line with Matthews’ results overall on the season. This is also their results without the 50 minutes the pair spent with Mitch Marner on the ice when Sheldon Keefe would load up with all three forwards.
The results aren’t as hugely in the Leafs favour for Tavares-Marner but are still positive overall. Not including time spent with Matthews on the ice (only 20 minutes for all three), Tavares and Marner were just above break-even in Corsi-for at 51.5 per cent and expected goals share at 52.5 per cent in 240 minutes at 5v5.
Splitting up Matthews and Marner would be less about their regular season results with Nylander and Tavares respectively, but more about getting one of Matthews or Marner away from Killorn-Point-Cirelli and Hedman-Cernak while looking to spark more 5v5 offence from Nylander and Tavares.
Should the Leafs make the drastic change for Game 5? I don’t think so. Back on home ice for Game 5, Sheldon Keefe will be able to get the top line away from the Lightning’s shutdown unit more consistently with the last change than he was able to without it in Tampa Bay.
In Game 1, Matthews and Marner faced the shutdown unit for less than two minutes at 5v5 and were able to convert twice in those minutes. Granted, Game 1 was a special teams show where Matthews and Marner did not play much at 5v5, but they made those minutes count.
Despite the Leafs loss in Game 2, this is more of the blueprint for a successful Matthews-Marner showing on home ice. Matthews played over 13 minutes at 5v5 in Game 2 and was on the ice for two goals for. Those minutes were split evenly between Tampa Bay’s top two lines and while Matthews was essentially break-even against Killorn-Point-Cirelli, he was dominant against Palat-Stamkos-Kucherov and Ryan McDonagh.
With Matthews-Marner being Toronto’s most dangerous duo, I don’t see the need to break them up for Game 5 when Sheldon Keefe should have the ability to get them away from Tampa’s shutdown unit and take advantage of those minutes.
When the series returns to Tampa Bay for Game 6? This is when Keefe should give the Lightning a different look.
In both games in Tampa Bay, Matthews and Marner struggled to generate anything offensively and spent most of their 5v5 minutes in the defensive zone. If Keefe splits them up for Game 6, one of Matthews or Marner will be able to take advantage of weaker minutes against Palat-Stamkos-Kucherov, a line that both Matthews and Marner have excelled against in this series.
As the series comes back to Toronto for Game 5, it’s crunch time for everyone involved. From the players to the coaching staff, there’s little room for error the rest of the series.
While the electric duo of Auston Matthews and Mitch Marner likely will stay together for Game 5 in Toronto, Sheldon Keefe should seriously consider the alternative in Game 6, regardless of how things go on Tuesday night.
Statistics from Natural Stat Trick
More from TheLeafsNation.com
POINTSBET IS LIVE IN ONTARIO