‘It’s the best place to be’: Mats Sundin believes in Maple Leafs and admired Toronto’s tributes to Börje Salming 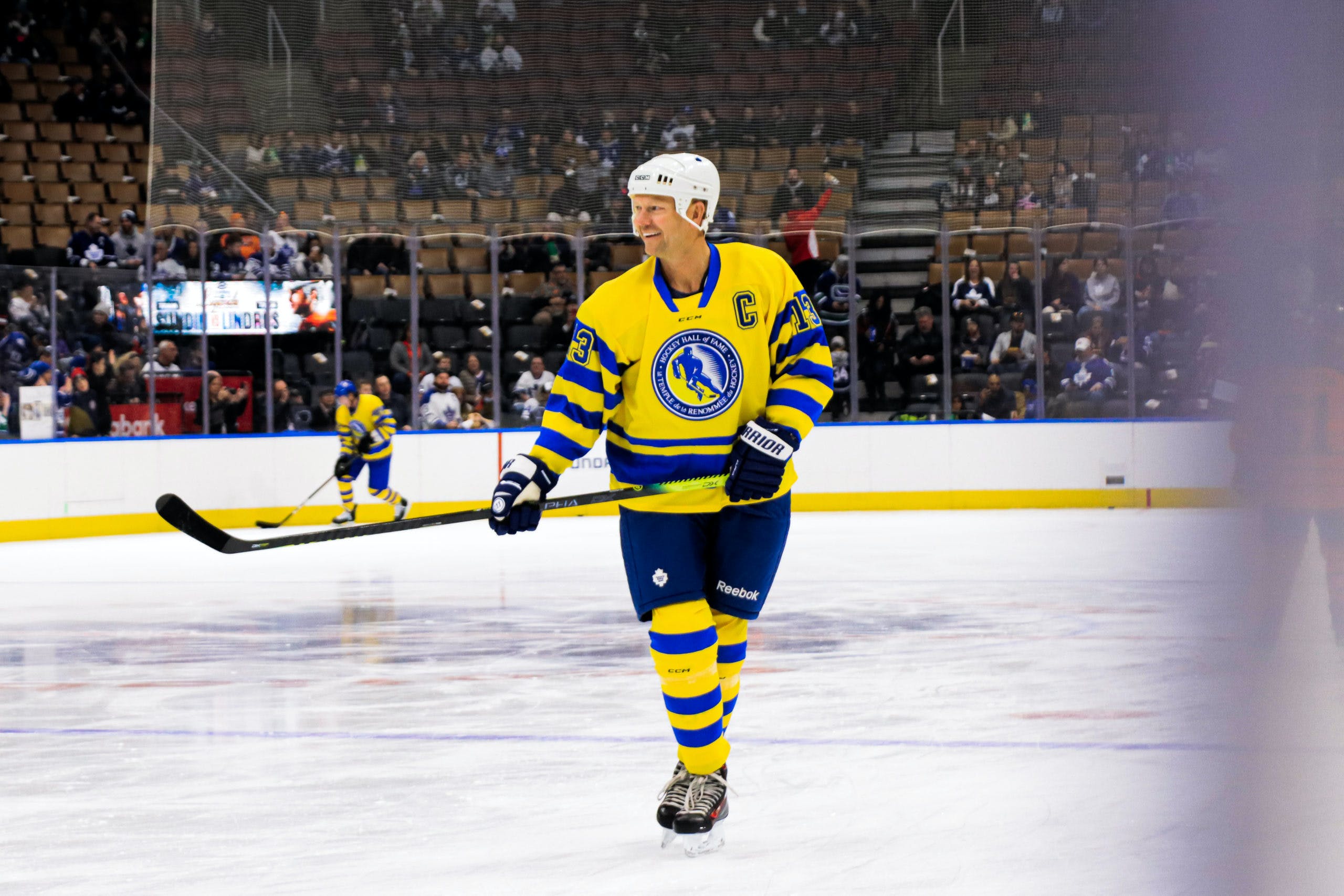 By Nick Barden
8 days ago
The passion never dies.
When the Maple Leafs last won a playoff series, Mats Sundin was at the forefront. Now, nearly 19 years later, he’s cheering the team on from afar like the rest of the fanbase.
Back then, the now 51-year-old played with the likes of Joe Nieuwendyk, Tomas Kaberle, Bryan McCabe, Gary Roberts, Owen Nolan, Alexander Mogilny, Darcy Tucker, and Nik Antropov. Guiding the team forward was Pat Quinn.
This time around, Sheldon Keefe has that job. He gets to usher a team with Auston Matthews, Mitch Marner, Morgan Rielly, John Tavares, William Nylander, and co to unfamiliar territory. A place they’ve never been before.
Past the first round — and maybe — even further.
When Sundin stepped off the ice after the first period at the Hockey Hall of Fame’s Legends Classic game, you could feel his presence. He’s a hockey legend in Toronto and when he walks into a room, everyone knows it.
Aside from the Hockey Hall of Fame inductees, Sundin was the player when it came to media requests.
When speaking with him, you can gather fairly quickly that everything still remains with the Maple Leafs legend. The passion. The love for Toronto. The desire for this organization to have success.
But what does Sundin think this city will look like once the success returns?
“There’s a reason why we call Toronto the capital of the hockey world and the Toronto Maple Leafs are playing in that capital.” Sundin said with a grin. “The interest of Toronto obviously is huge, not only in Toronto but all across Canada and North America.
“I would say there’s no better place than in Toronto to have a long playoff run and eventually win the Stanley Cup. It’s the best place to be.”
There’s plenty to learn throughout an NHL career — about yourself or about the team that surrounds you. Taking that next step isn’t going to be easy. There’s going to be failures, it happens.
But it’s what you do after those difficulties. That’s what matters most.
“I think every year you have a little bit of a setback, whether it’s playoffs or you don’t really get to where you want to be. It’s like putting a little more fuel on the fire, I think.” Sundin said.
“And you can tell that the leadership group, every year that goes by they’re going to get more eager, and they’re going to learn from the history and the things that have been happening in previous seasons. So, they’re going to grow as they get older.”
The best moment from the Hockey Hall of Fame weekend has to be the Maple Leafs’ tribute to Börje Salming on both Friday and Saturday evening. Both nights were incredible, but more so on Saturday when the Maple Leafs put together a video tribute for the 71-year-old who was recently diagnosed with ALS.
Sundin had the chance to stand on one side of Salming during Friday night’s ceremonies. It was both amazing and sad to see someone — like Salming, who was tough as nails — have to go through something as horrible as ALS.
The tribute and the standing ovation on both nights, though, was second-to-none. It was a moment that was beyond belief.
“I thought it was great of the Toronto Maple Leafs to do this for [Börje Salming] and his family. I think it means a whole lot.” Sundin said. “And for the rest of us to be a part of it, it was really nice. Obviously, [Börje] and his family are going through tremendous tough times right now and it’s great to see the hockey world, Toronto Maple Leafs, and all the rest gathering up behind him.”
Each person in Scotiabank Arena did everything possible to make Salming feel loved on those two special nights. Even Keefe did so, by starting five Swedes in Saturday night’s game to honour Salming’s legacy in Europe and throughout the NHL.
“That’s beautiful. I think Toronto did a fantastic job over the week to support [Börje] and his family.” Sundin said.
The Maple Leafs did a great job with how they honoured the 71-year-old’s legacy. Moments like these will stick with Salming. Forever.
“There’s a battle for [Börje] and his family, and you know, he’s a fighter. The rest of us have to support him, and we can.”
News
Recent articles from Nick Barden