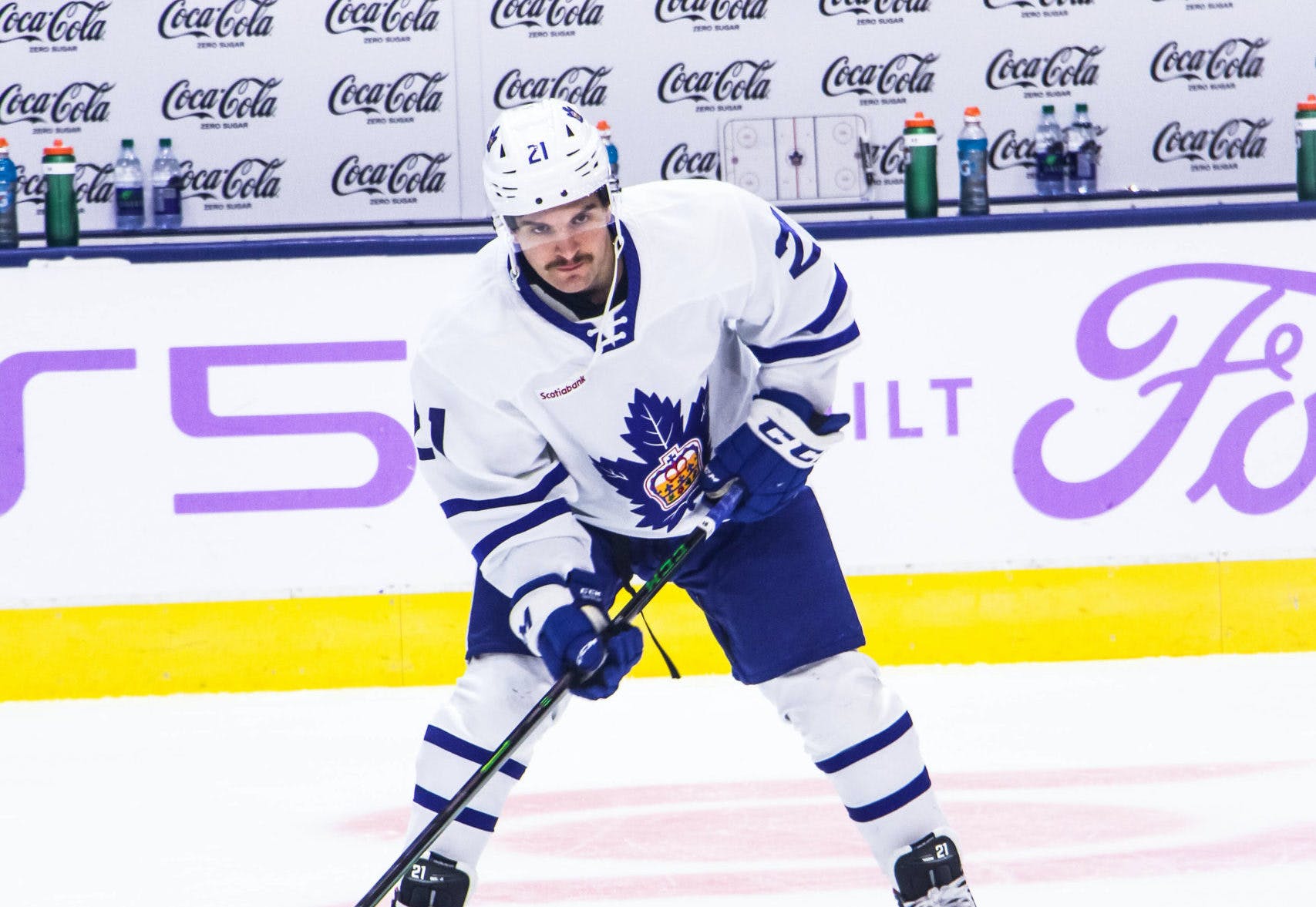 By Nick Barden
1 year ago
The Marlies have a lot of incredibly talented players within their team this year. A lot of the eyes, early on, have been on guys like @Josh Ho-Sang and @Alex Steeves, which is reasonable. However, there are a few players who have quietly gone unnoticed early on for Toronto.
@Joseph Duszak has been one of those players.
Last year, the 24-year-old stated that he was “playing the best hockey of his life.” Fast forward to this year, and he’s blowing his last season out of the water. Duszak has the same amount of points he did last year but in half of that span.
It’s not just his offensive abilities that are taking notice, though. Duszak has been a part of the Marlies’ top-four for most of the season and hasn’t looked out of place once. The 24-year-old has played the fifth-most games as a defenceman this year on the Marlies.
Still, though, Duszak has 12 points (only assists) in the 11 games.

“His superpower is being able to threaten the net.” Said Marlies head coach, Greg Moore, said about Duszak after Sunday’s loss to the Cleveland Monsters. “Regardless of whether or not he’s gonna shoot or pass, he presents body language like he’s going to the net with the puck. He’s able to do a lot from there to create a lot of space for himself.“

Along with being the top Marlies defender offensively, he’s in the same conversation in the entire AHL. Duszak has the fourth-most points as a defenceman in the league. The 24-year-old is also third in the AHL for points-per-game as a defender with 1.09.

“I think offensively, obviously, the game’s there.” Duszak said a few weeks ago at Marlies practice. “Defensively, yeah, the first couple games I was finding my footing. Every year it’s tough to get back into things. And this past weekend (November 5th & 6th), and the weekend against Belleville, I think I really started coming back into the [Joey Duszak] that plays the best hockey of his life.“

One of his most important roles is being the quarterback on the Marlies’ first power-play unit. Of the six goals scored on the power play by Toronto, Duszak has assisted on four of them.
He’s been an integral part of the offensive special teams’ success this season.

“I think a lot of guys are starting to realize to give me the puck and I’m gonna find them. That’s my game, I like to pass, create plays, create offense. So, if they give it to me, I’m going to give it right back and they’re luckily putting it in the back of the net.” Duszak said after Sunday’s game vs. Cleveland.

The 24-year-old’s game also has confidence too. Whether he’s in the offensive or defensive zone, Duszak isn’t afraid to make one of the more difficult plays needed, which shows a lot about him and how far he’s come.
That’s right, Duszak even does the spin-o-rama at the opposing team’s blue line.
When a player like himself is confident, it seems like they can do anything. When Duszak’s confidence is high, he’s able to take his game to another level. You start to make fewer mistakes, you get relied upon a lot more, and you excel at almost every moment.
Duszak has started in each of the Marlies’ games he’s played in that have gone to overtime. Moore relies on him a lot, especially during pivotal moments of the game.
And why wouldn’t you when he makes defensive plays like this in overtime?
I’m looking forward to seeing where Duszak’s game goes from here. If he’s able to continue being consistent, he may find himself with an NHL job sooner rather than later. His ability to make difficult passes while under pressure shows what he could be capable of if he was to get a shot in the NHL.
I think, right now, Duszak is playing the best hockey of his life. Can he continue to play the best hockey of his life, though?
It’ll be interesting to see if he can.
Uncategorized
Recent articles from Nick Barden