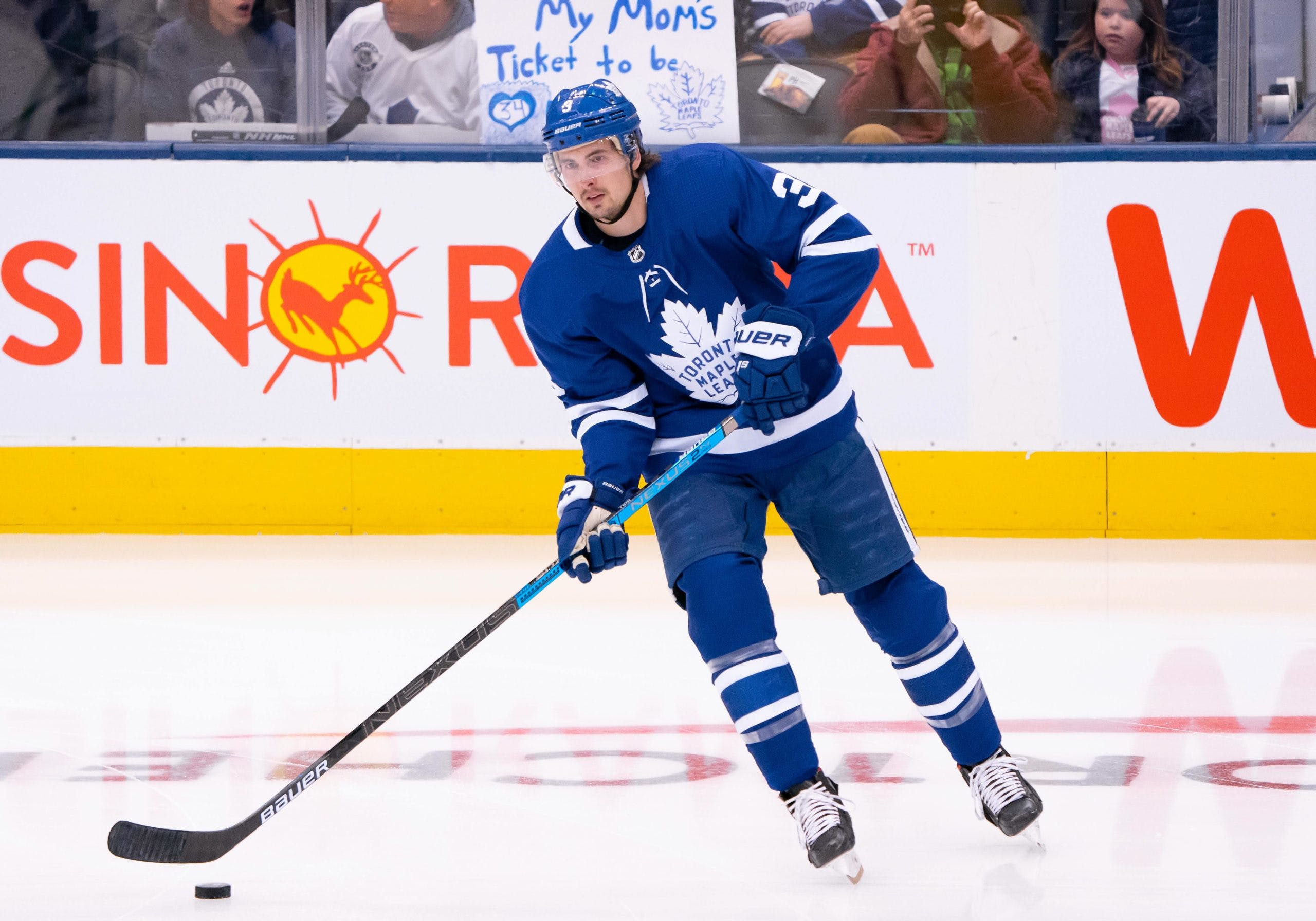 By Ryan Hobart
10 months ago
Early in the year, one of the first and most obvious candidates for lambasting by the quick-to-turn Maple Leafs was @Justin Holl. The season started with him in his familiar role, paired with @Jake Muzzin on the second pairing as a shutdown unit. But it was quite quickly that Sheldon Keefe thought Holl needed to go on the sidelines in favour of @Timothy Liljegren.
What many have seemed to forget is that this “healthy scratch” was likely not as healthy as we thought. Holl missed the first game of the season due to not feeling well enough to play, with what was a non-COVID illness with cold-like symptoms. It was less than two weeks later that he then had to sit out, after really not looking like himself. This poor play drew a lot of criticism, and it was relatively unquestionable that Liljegren coming in was the right call.
Given that the most recent time his name was on people’s minds previous to that healthy scratch was when the Maple Leafs chose to protect him in the expansion draft, exposing and losing @Jared McCann to the Seattle Kraken instead, it makes sense that the response to his poor play was so reactionary.
Perhaps he was feeling a bit of that pressure. Perhaps he was really sick for longer than he was out for. Perhaps he was battling an undisclosed minor injury. It could even have been all three of these at once. Whatever it was, Holl was not the top-four shutdown defender he seemed like in the previous season and a half under Sheldon Keefe.
However, it wasn’t long before Holl was back in the lineup. After sitting for 5 games, and Liljegren looking stunning, @Travis Dermott went out with his first of a string of injuries, then it was @Rasmus Sandin’s knee injury, and then Liljegren getting COVID most recently; with all of these absences, Keefe hasn’t really had an opportunity to sit Holl again.
In that time, it hasn’t really felt like Holl has climbed back to the pedestal he was on the year before. Yet, he hasn’t looked quite so out of place as had in the first stretch of games. After his shorthanded goal on Monday night’s game after a return from a stretch of cancelled games, it sparked a question that needed answering: how has he been playing since he was deservedly scratched?
To start, let’s see if he actually was any good against Ottawa or if he just scored a fluke-y shorthanded goal:

We can see that the pairing of Sandin and Holl in that game was on in the “Good” quadrant, though not as good as some of their teammates, but also well ahead of the bottom pairing of Dermott and @Alex Biega. While not an outstanding performance, it was still a good one.
Originally my hypothesis was that the short break that the Leafs were on contributed to Holl’s solid performance. I neglected to factor in the “Ottawa Senators” factor in that, making him look better than he probably was, but the chart below shows that that good game was a continuation of a decent run of form.

The above chart shows on-ice differentials for Justin Holl in a number of stats. So “Goals” here is like your traditional +/- stat, except instead of it being cumulative, it’s a 5-game average of the +/- from each game. Everything else is the same but with different things in the + and – columns. I noted that the Expected Goals are “normalized”, which just means that I multiplied each number by a scaling factor (x10) to make the line for that stat noticeable on the scale of the other numbers. Expected Goals +/- ranges from something like -0.5 to 0.5, so this normalization makes it range instead from -5 to 5, similar to what a shot or goal differential ranges. It’s as if I’ve “zoomed in” on that line so that it’s the same size as the other lines.
What I see when I look at this chart is more ups than downs, and that the last few weeks have been just fine. It’d be hard to argue that “just fine” is enough to warrant his protection in the expansion draft; it’s essentially what you expect from a bottom pairing defender.
When looking at the overall picture, things aren’t spectacular. It would be difficult to be spectacular after such a difficult start. Here are some of his season long stats:
While his shot-attempt-based numbers have been OK, he’s suffering in goals for and against, due partly to mediocre on-ice shooting and goaltending, which he has very little influence over.  (It’s often been posited that players can influence the save percentage of their goalies, I point you to one example of analysis that refutes that here).

Looking at his performances lately, he’s been playing well, and if that continues, the Leafs stand to benefit from that.
With these 5-game rolling averages starting to climb, he may be able to hold on to his spot on the team over Travis Dermott. Or, the Leafs will be in a good position to trade him, or Dermott, or someone unexpected. Whichever path they choose, him playing well is for the best.
In these next few games, we’ll see if that actually happens.
Ultimately, it’s pretty clear that Justin Holl is the 7th best defender on this team in this current snapshot of things. If he can continue what is currently looking like a slow, steady return to his previous capabilities, that could change. But for now, it seems pretty well established that Holl is no longer the #4 defender on this team. Whether he’s 5th or 6th or 7th, in this current state of things, remains to be decided, but all evidence so far points to 7th.
What that means for his future is unclear, but regardless, I am hopeful he continues to steady his game and that he starts to look something like the player he was last season.
Uncategorized
Recent articles from Ryan Hobart