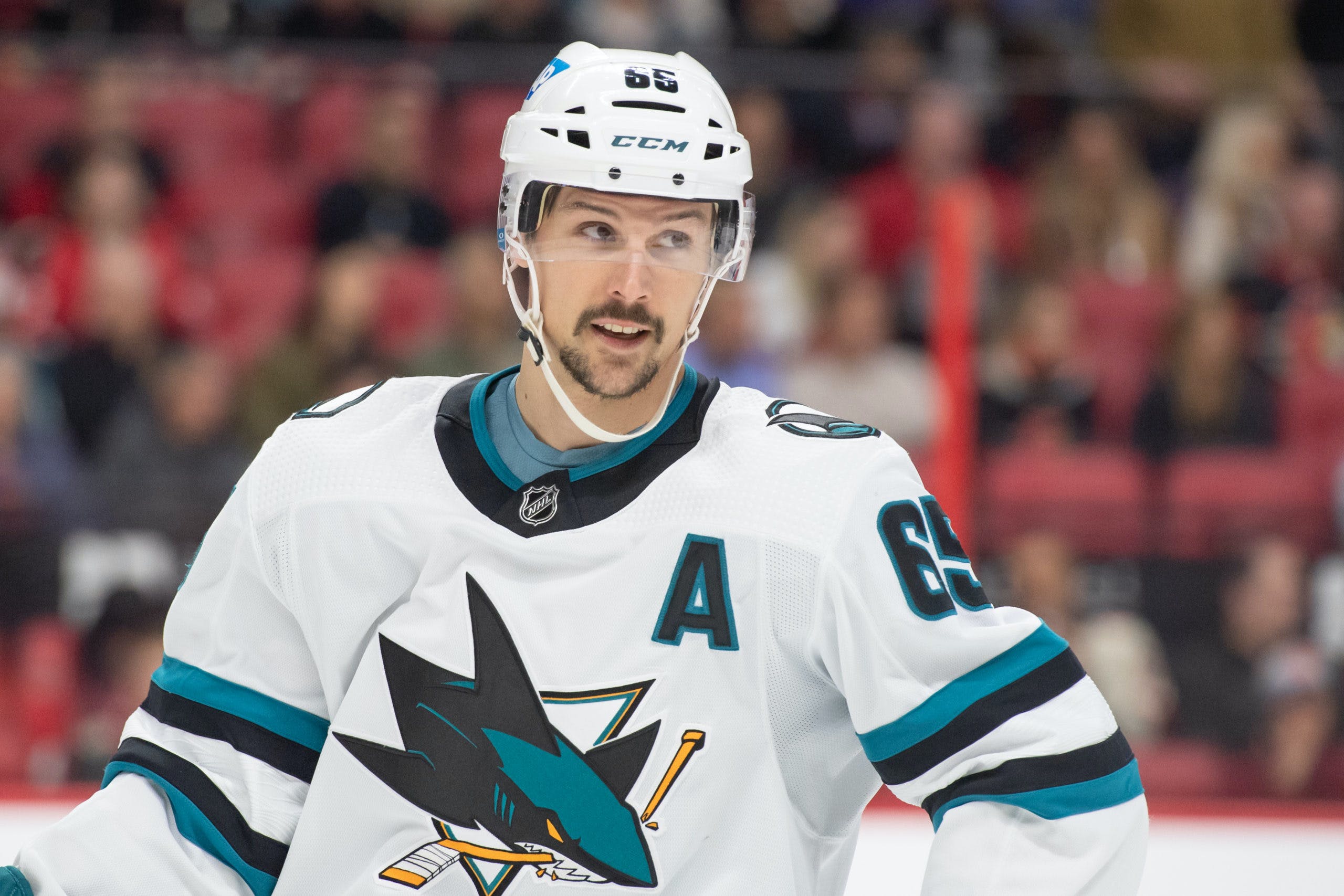 By Scott Ony
27 days ago
Erik Karlsson is dominating the NHL and Joe Pavelski is one of the most underrated players in the league. That sounds like a headline from 2015, doesn’t it? Well, it’s not. It’s 2023 and both Karlsson and Pavelski are playing some of the best hockey we’ve ever seen from them. This past week Karlsson set a new Sharks record and Pavelski re-signed with the Stars.
Karlsson’s point streak
We’re nearly halfway through the NHL season and it’s safe to say Erik Karlsson is back to his pre-San Jose form. Many questioned if he could keep up his hot start and he has answered all of them.
He’s currently riding a San Jose Sharks record point streak of 13 games and hasn’t gone scoreless since November 30th at Toronto. During this streak he has 21 points.
His 53 points are tied for fifth in the entire league, and he is ten points clear of Josh Morrissey for the lead among defencemen. He is also tied for the league lead in assists with 40.
The two-time Norris Trophy winner has been one of few bright spots on a Sharks roster lottery bound for the fourth consecutive year. Karlsson leads San Jose in scoring by 15 points over Timo Meier. We all wondered if he could return to form if he could stay healthy and it looks like he’s gotten even better.
Sadly it’s still highly unlikely he gets traded anytime soon. It only makes sense for him to waive his no-trade clause for Stanley Cup contenders and even if some of his 11.5M salary is retained there aren’t any realistic suitors. Not to mention all the teams competing for the cup already have a legitimate number one defenceman on their roster.
Unfortunately for Karlsson and the NHL it looks like he will be stranded in San Jose for the time being. So let’s enjoy the 43 games he has left in 2022-23 and hope he can become the first defenceman since Brian Leetch in 1991-92 to reach 100 points.
Pavelski re-signed
The year of Jim Nill continues with another great signing in Joe Pavelski. The Dallas Stars winger agreed to a one-year contract extension on Monday with a base salary of 3.5M and 2M in performance bonuses.
At 38 years old Pavelski is still playing some of the best hockey of his career. In 39 games this season he has 12 goals and 38 points while playing with Jason Roberston and Roope Hintz on the Stars first line. He set a personal best in points last season with 81.
It’s crazy to think that just a year ago many were calling for Nill’s job because of the contracts he gave to Jamie Benn and Tyler Seguin. Since then he has done a complete 180 and should be the frontrunner for GM of the year.
In less than a year he’s re-signed Robertson, Hintz, Pavelski and Jake Oettinger to bargain deals. He also acquired two key players in Nils Lundkvist and Mason Marchment through trade and free agency.
Nill’s drafting looks great lately too. 2021 first rounder Wyatt Johnston is already making a difference at the NHL level and 2021 second rounder Logan Stankoven is tearing up the WHL and the World Junior tournament. Lian Bichel and Christian Kyrou look to be solid picks in the 2022 draft as well.
News
Recent articles from Scott Ony