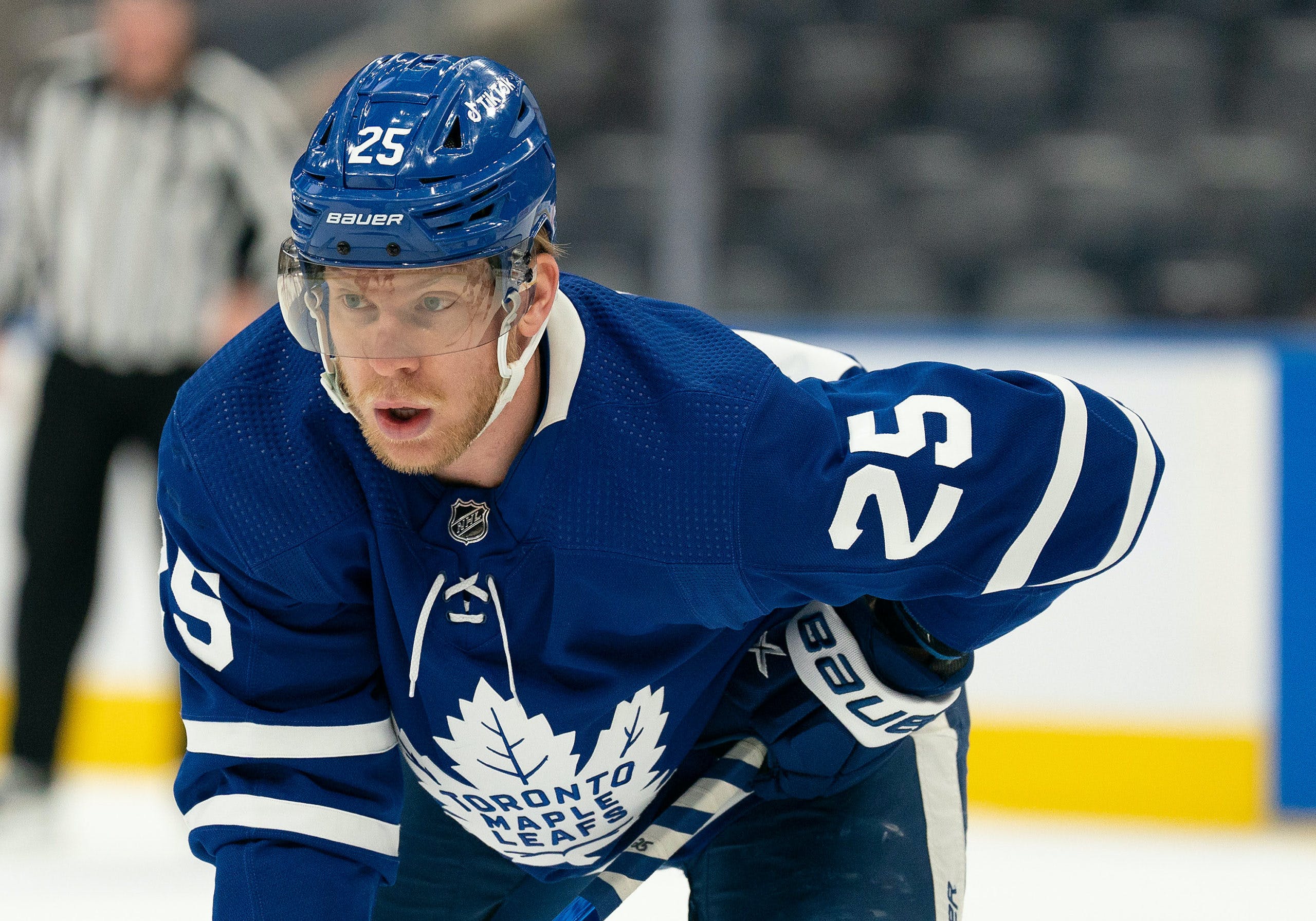 By Nick Barden
7 months ago
One of the Maple Leafs’ many challenges this off-season will be getting Ondrej Kase back under contract for next year.
The 26-year-old had a successful season to say the least, scoring 27 points in 50 games played while bouncing between the Maple Leafs’ second and third lines. The unfortunate part was that Kase had yet another concussion in March and didn’t play until after the post-season began.
Toronto signed Kase after the Boston Bruins didn’t qualify him last summer and it looks like he could be in the same situation again.
Kase’s qualifying offer this year will be $1.25 million — the same amount he made this year. I, with a lot of others would agree in saying the 26-year-old will not take that number heading into next season.
In Elliotte Friedman’s latest 32 Thoughts (written version), he discusses the Kase situation and a (possibly) cryptic post from the 26-year-old himself.

From 32 Thoughts:
There are a lot of eyes on qualifying offers. Cap space is tight, and the arbitration walk-away number this summer is $4,538,958. (Teams can’t “walk-away” from any award below that number.) If they’re not convinced a player’s production matches, teams may choose to let them go free in July rather than risk an arbitration award they can’t escape. Toronto followers were confused by an Ondrej Kase Instagram post where he thanked Maple Leafs fans, taking it as an indication that he might be leaving. That’s premature, I think there are talks underway, but it’s not wrong to think the team would be spooked by an arbitration award in a tight cap situation.

To me, the caption didn’t set off any alarm bells. He was just doing what most players do after another season in the NHL, and that’s thanking the fans for all of their support.
Like Friedman said in his blurb above, this qualifying offer will have a lot of eyes on it. If Kase doesn’t accept the $1.25 million, which he likely won’t, it’ll then be pushed to arbitration. That is, unless they negotiate a number before then.
From my understanding, if Kase’s case goes to arbitration, he could get awarded up to $4.5 million before the Maple Leafs are able to decline and let the 26-year-old go. It’s highly unlikely that he gets a number like that, however in a tight cap world, Toronto wants to save as much as they can.
To me, there’s a fair case for both sides. The 26-year-old provides a lot of value when he’s in the lineup being able to play up and down depth chart. But, the unfortunate part is, if he takes another hit to the head his career could be in jeopardy.
It’s an incredible risk for each side — Kase could likely test the open market and get more, but how much more could that be? I don’t believe it’s a lot. The 26-year-old could also make a return to Toronto and have this be his ‘make or break’ season.
The Maple Leafs are going to be competing for another chance at success next season. I believe Kase would be a big part of that achievement if he does return next year.
Many of eyes will be looking in on this negotiation to see where it might lead to. It’s either a return or there’ll be another UFA on the market.
More from TheLeafsNation.com
POINTSBET IS LIVE IN ONTARIO!