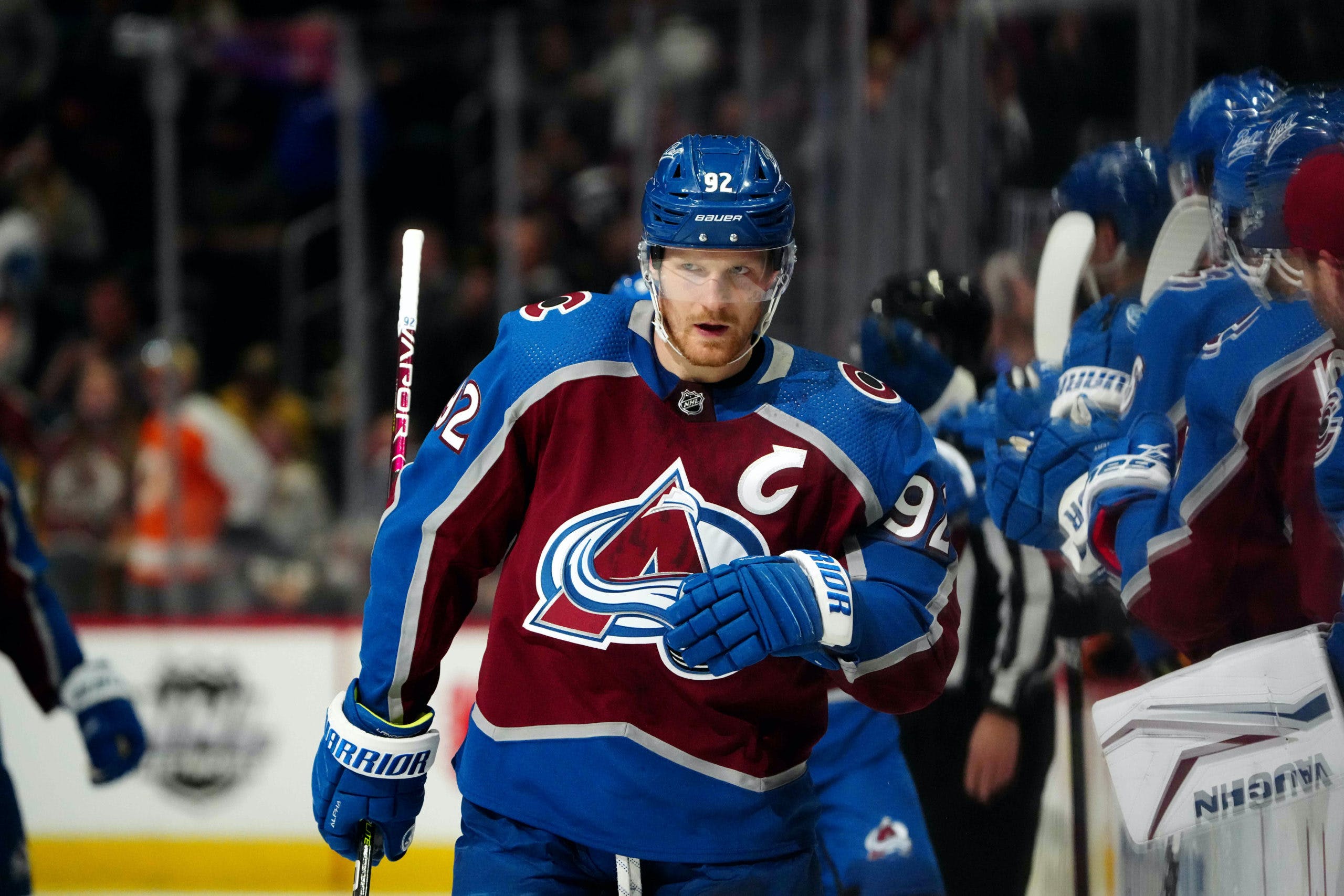 By Scott Ony
3 months ago
Less than two weeks into the regular season and injuries are already piling up. Over the last week several key players hit their respective injured lists, a Washington Capitals forward was suspended, and the San Jose Sharks took the lead in the race for Connor Bedard.
Landeskog knee surgery
The Stanley Cup champion Colorado Avalanche will be without their captain Gabriel Landeskog for the next 12 weeks after his second knee surgery of the year. He missed the last quarter of the 2021-22 season for the same reason before joining the team for their playoff run.
He was held out of the first three games with a lower body injury and ultimately they decided another surgery was necessary.
Red Wings injuries
Tyler Bertuzzi will miss the next four to six weeks after blocking a shot against the New Jersey Devils on Saturday. This a massive blow for a young Wings team with playoff aspirations. Bertuzzi was second on the team with 62 points last season.
His teammate Jakub Vrana is also away from the team for personal reasons. There has been no timetable given for his return. Detroit will need depth players to step up with the absence of two top-six forwards. Pius Suter and Filip Zadina have joined the lineup after being healthy scratches early on.
Ekblad groin strain
The Florida Panthers will be without their number one defenceman Aaron Ekblad for at least the next month and possibly longer because of a groin strain.
This is the third consecutive season Ekblad has missed significant time with injury. In the past they have been able to be successful without him but without MacKenzie Weegar on their roster they will struggle to replace Ekblad.
Their roster is not as deep as it has been in recent memory, if Ekblad is out for longer than expected it could potentially have this team on the outside looking in come playoff time.
Schmaltz upper body
For the next six to eight weeks the Arizona Coyotes will be without forward Nick Schmaltz due to an upper body injury. He suffered the injury during their season opening game versus the Pittsburgh Penguins. Schmaltz is one just a handful of players with top of the lineup talent on the Coyotes.
Though it is unfortunate he will miss time, everybody knows the end goal for this team is securing the top pick in the 2023 NHL entry draft. Despite their lack of talent and losing Schmaltz, they still managed to beat the Leafs.
At 1-2 they’re not in the NHL’s basement yet but don’t expect the winning to continue. They can’t play the Leafs every night.
Iafallo lower body
Kings forward Alex Iafallo is considered week-to-week with a lower body injury after colliding with Red Wings defenceman Robert Hagg during Monday’s contest.
Iafallo was off to a hot start this season, scoring five points in the team’s first four games.
Kuznetsov suspended
Wahington Capitals center Evgeny Kuznetsov has been suspended one game for this high stick on Canucks defenceman Kyle Burroughs on Monday.
He was assessed a minor penalty on the play. Both Kuznetsov and Burroughs are lucky this play didn’t result in injury. Had he made stronger contact he would be sitting for a lot longer than just a game.
Sharks eyeing Bedard
It’s still early but prior to this season the Arizona Coyotes were the runaway favourites for worst team in the league. Well, the San Jose Sharks have something to say about that.
The Sharks are off to their first 0-5 start in franchise history and have scored just eight goals so far. That includes a 5-2 loss to the lowly Chicago Blackhawks.
Their top three forwards Tomas Hertl, Timo Meier and Logan Couture have combined for two goals and four points with each of them playing in all five games. No offence to Evgeny Svechnikov and Nico Sturm but if they’re leading your team in goals, you know you’re in trouble.
It doesn’t look like it’s going to be getting better for the Sharks anytime soon. Over their next six games they have to face the Rangers, Golden Knights, Maple Leafs and Lightning. Embrace the tank Sharks fans.
News
Recent articles from Scott Ony