Knight, Allen sign extensions, injuries piling up for the Leafs: Around the Atlantic 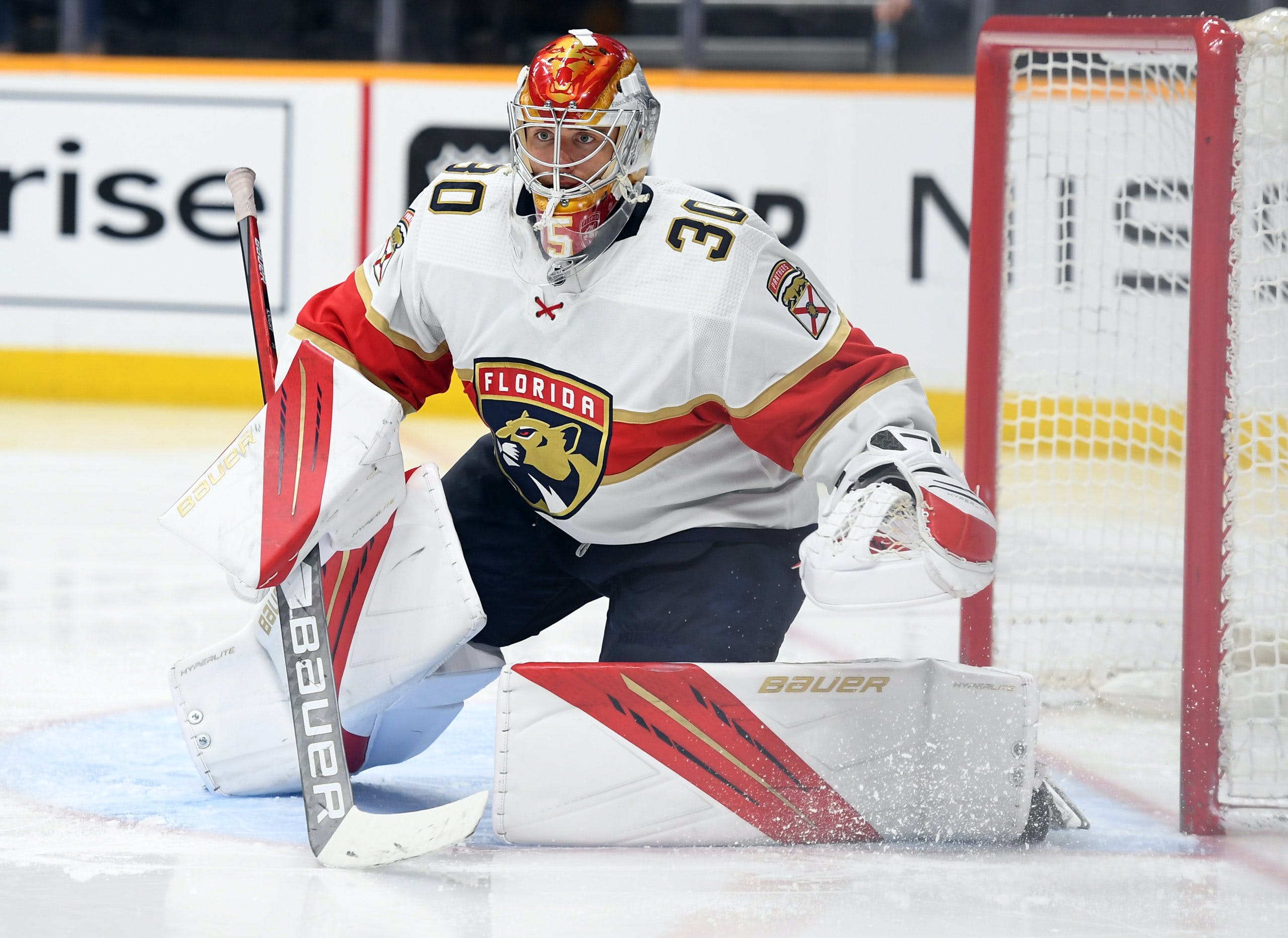 By Scott Ony
3 months ago
Five more days until the regular season kicks off. In the past week two Atlantic division goalies signed extensions, Rasmus Sandin finally got a deal done and injuries are already plaguing the Maple Leafs.
Knight contract
36 games into his NHL career Spencer Knight got paid. The 21-year-old netminder signed a three year 13.5-million-dollar contract earlier this week. It carries a cap hit of 4.5M per season.
Drafted 13th overall in 2019, Knight looks to be the goaltender of the future for the Florida Panthers. Over the last two seasons he has a record of 23-9-3 with a SV% of .909 and a 2.74 GAA. These numbers don’t justify a 4.5M cap hit but his potential does.
The fact that Knight already has NHL experience at such a young age shows he can develop into one of the leagues to backstops. He hasn’t turned heads yet but there is a high chance he will soon.
The main problem with this deal is Sergei Bobrovsky will be under contract for the entirety of it. Starting in 2023-24 the Panthers will be paying their goalies a total of 14.5M per season for the next three years. Ouch.
Allen contract
The Montreal Canadiens have extended goaltender Jake Allen for two seasons at an average annual value (AAV) of 3.9M. Allen was brought to Montreal in 2020 to backup Carey Price but has become their number one option due to injuries.
Last season he was 9-20-4 with a .905 SV% and a 3.30 GAA. The SV% and GAA are below NHL average but impressive considering the play in front of him. The team doesn’t look to be much better in 2022-23 so Allen is in for a long season.
Sandin signs
The Rasmus Sandin contract saga has finally come to an end. The young defenceman agreed to a two year 2.8M (1.4 AAV) deal. The contract value is identical to that of Timothy Liljegren, though it is structured differently. He will earn 1.6M next season making that the value of his qualifying offer.
It was reported his camp was asking for 1.6M after seeing the Sean Durzi contract at 1.7M. Then injuries hit the Leafs and he agreed to a deal that was likely on the table for months.
It was looking as if Sandin had played his last game in the blue and white but now he could end up being a major difference maker for this team, especially in the early part of the season.
Leafs injuries
After already losing John Tavares and Pierre Engvall to short term injuries earlier in camp, Carl Dahlstom and Jordie Benn both left Wednesday’s preseason game. Dahlstrom will be out a minimum of six months and Benn is expected to be sidelined for at least three weeks.
Losing these two defencemen acted as a catalyst for the Sandin signing and it could potentially convince Kyle Dubas to make an even bigger move. It has been reported the Leafs are interested in Arizona Coyotes defenceman Jacob Chychrun.
It will take a haul to acquire Chychrun but with his ability and team friendly contract he could be exactly what the Leafs need.
There have also been discussions about Mitch Marner playing defence situationally this season. Sheldon Keefe mentioned he is thinking about using Marner on defence when trailing in games. The idea is to get more offensively gifted players on the ice when they need goals. The Leafs coach praised Marner’s ability to see the ice and be responsible in his own zone.
News
Recent articles from Scott Ony