Kyle Wellwood on the Leafs, his time with the organization, and his brother the coach 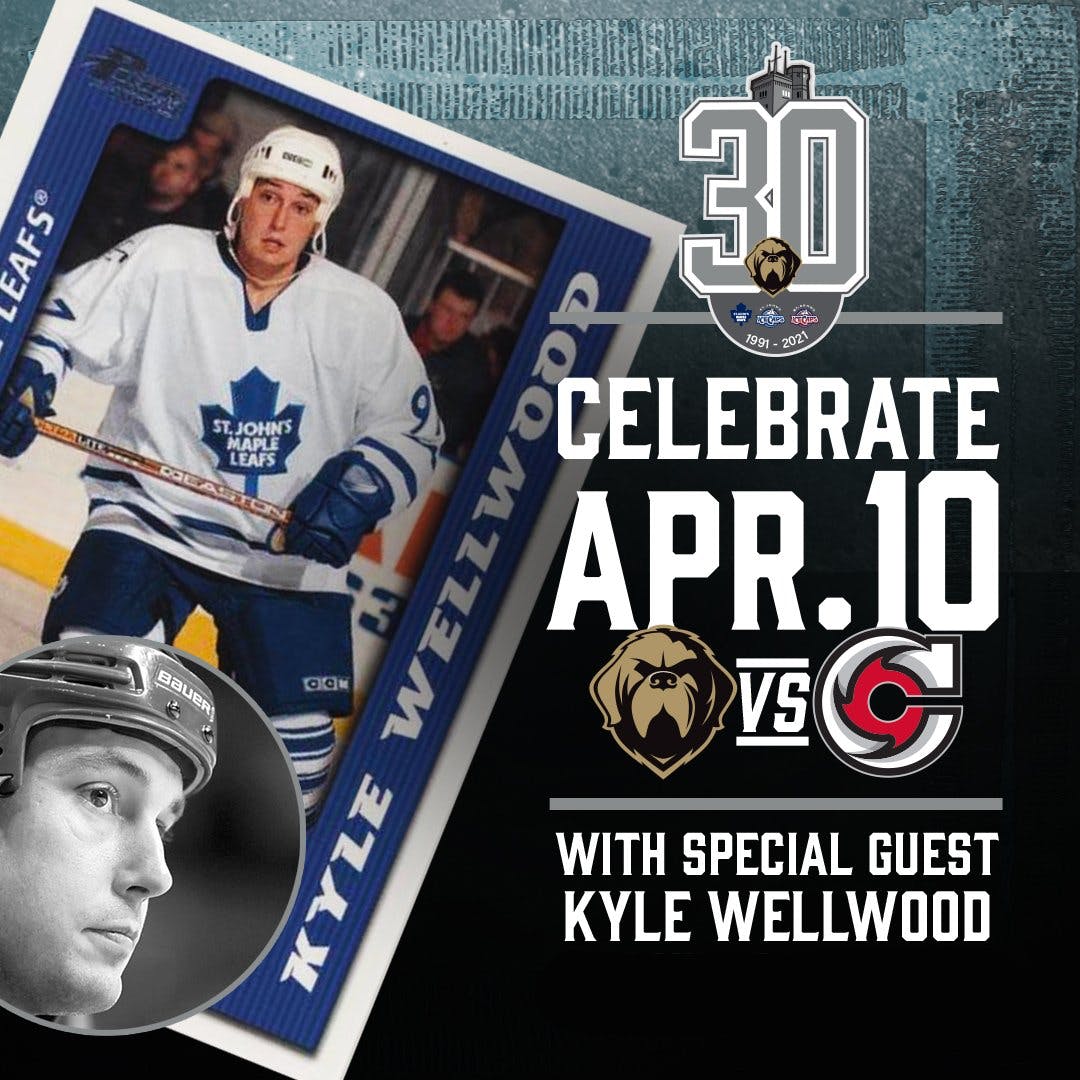 By Dylan Murphy
9 months ago
On Sunday April 10, the Newfoundland Growlers held a pregame ceremony before their final regular season home game to celebrate 30 years of professional hockey in Newfoundland.
As part of the festivities, the Growlers brought in former defenceman Adam Pardy as well as a pair of St. John’s Maple Leafs legends- Andrew McKim and Kyle Wellwood. Wellwood’s brother, Eric, is the head coach of the Growlers and once the game got underway, Kyle stayed on the bench, watching his brother at work.
After the game, the Growlers were able to make Wellwood available for a short interview and in just a few minutes, we covered everything from his time with the Baby Leafs, his thoughts on the modern-day Leafs and their chances of winning, and, of course, his brother’s first year as a coach in the pros:
Reflections on his time with the Maple Leafs organization:
Wellwood: Yeah, well, I think here in St. John’s, I remember the hospitality of the people here and the fans. Being on a young St. John’s team with Carlo Colaiacovo and Brendan Bell and just having a lot young guys that ended up making it and playing for the Leafs was fun. And then yeah, playing for the Maple Leafs (in Toronto) was awesome. Being a young kid… You know, you watch the team now and know that they’ve got a better chance to win and we’ve got a lot of young stars.
Furthering on that, thoughts on Toronto’s chances to win it all:
Wellwood: I think they’re there. They’ve got a high powered offense. They’ve got some defensemen now with some experience that will play well, I think, you know, you hope for that standout goaltender that will take him to the Finals or something. And that’s what I think everybody’s looking for now is somebody to step up between the pipes and really, you know, shut the door and let the offense carry him through.
Does anyone on the modern-day Leafs remind him of himself?
Wellwood: No, I think the guys now seem to be better (laughs.) I think they’ve all got great shots, you know? I think, with wooden sticks and all that it was a lot different than, you know, you had to get near the net a little more. And then you had, you know, the guys like Ken Klee and Bryan Marchment on the team. Guys that really bear hug guys in the corners. And you know, you don’t see that now. Everybody’s got to play and shoot and skate. So it’s… it’s a different game.
Switching topic now to the Newfoundland Growlers, same question on if any of those players make him feel like he’s watching a younger version of himself play:
Wellwood: (Zach) O’Brien looked awesome tonight. He seems to be the best player in the league, probably. You can see him think the game really well, too, not just his skill set. So, yeah, I think they have a really good chance to go all the way this year. So I hope my brother- he’s really lucky too, he seems to always win somehow. So, I hope it keeps going for Newfoundland.
His thoughts on the Newfoundland Growlers as a whole:
Wellwood: They look great. They’re really energized, they’re happy to be here. I think they really want to win. They seem to really like each other. So I think it’s a real good environment.
Lastly, the big question, impressions of the head coach, his younger brother Eric:
Wellwood: Well, I think he’s always had a real interest in hockey, and he’s always been a hard work and a team-first guy. And he brings that (mentality) in the locker room. He won multiple Memorial Cups and then he won one as a coach and he just keeps winning because he just really helps the atmosphere in the locker room. Being around the team today, I mean, I could see everybody was happy (even though it’s late in the season). And it’s a long season, but you know, when everybody’s in a good mood like that, it’s at least partly due to management and coaching style.
Eric Wellwood’s Growlers will begin their quest to capture the Kelly Cup on Friday, April 22. We thank Kyle again for his time and the Growlers media communications team for facilitating this interview.
More from TheLeafsNation:
POINTSBET IS LIVE IN ONTARIO