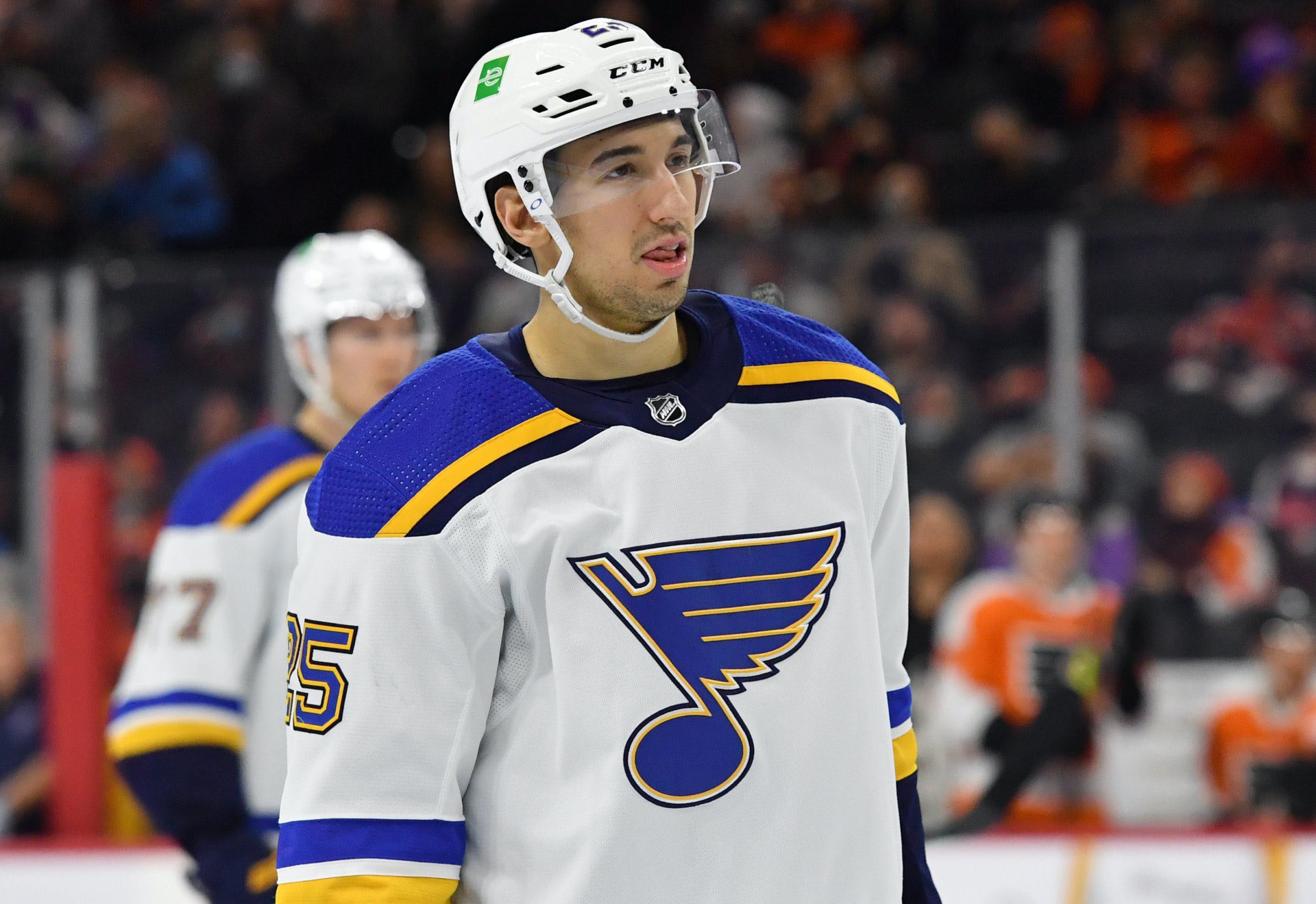 By Scott Ony
4 months ago
It’s now less than one month before the first regular season game of the 2022-23 season and NHL training camp rosters are almost full. In the past week the St. Louis Blues locked up a superstar in the making, the Dallas Stars made moves in their front office, a couple depth players signed one-year deals and several teams added players on professional try outs (PTOs).
Kyrou signs long-term
The St. Louis Blues used almost all their remaining cap space to keep Jordan Kyrou for eight more years. Kyrou signed for a total of 65 million dollars (8.125 AAV). This deal will begin after the 2022-23 season. He will earn 2.8M this year.
A second-round pick in 2016, Kyrou had a breakout season in 2021-22. He set career highs in goals (27), assists (48) and points (75) while playing in 74 games for the Blues.
This contract is identical to that of teammate Robert Thomas who signed earlier this summer. Both have no-trade clauses from 2025-2030 and a modified no-trade clause (15 team no-trade list) in their final year (2030-31).
Stars extend Nill, add Bishop and Lites
Jim Nill has agreed to a contract that will keep him in Dallas through the 2023-24 season. Nill is one of the longest tenured GMs in the league. He has been with the Stars since 2013.
It has been a busy summer for Nill. He recently signed goaltender Jake Oettinger to a three year 12-million-dollar contract and has been working on locking up star forward Jason Robertson. The team also let go of John Klingberg and Alexander Radulov in free agency.
Ben Bishop and Sam Lites have been added to the Stars front office as well. Bishop will take the role of Player Development Coordinator and Lites will be the Director of Organizational Analysis.
Depth signings
Evan Rodrigues has joined the Stanley Cup Champion Colorado Avalanche on a one year, two-million-dollar contract. The 29-year-old forward set career highs across the board last season with 19 goals and 43 points for the Pittsburgh Penguins.
The Los Angeles Kings retained defenceman Mikey Anderson on a one-year deal worth one million dollars. Anderson was a key contributor on last year’s Kings team as their defensive corps battled injuries all season. He scored eight points in 57 games while putting up strong advanced metrics.
PTO’s
Some notable players to sign PTOs in the last week include:
Nate Thompson (LA), Daniel Sprong (SEA), Christopher Gibson (AZ), Thomas Hickey (NJ), Michael Stone (CGY), Cody Eakin (CGY), Nathan Beaulieu (ANA), Zach Aston-Reese (TOR), Calvin de Haan (CAR), Danny Dekeyser (VAN) and Scott Harrington (SJ).
Most of these players will simply be camp bodies but a few could end up making a significant impact next season.
More From TheLeafsNation.com