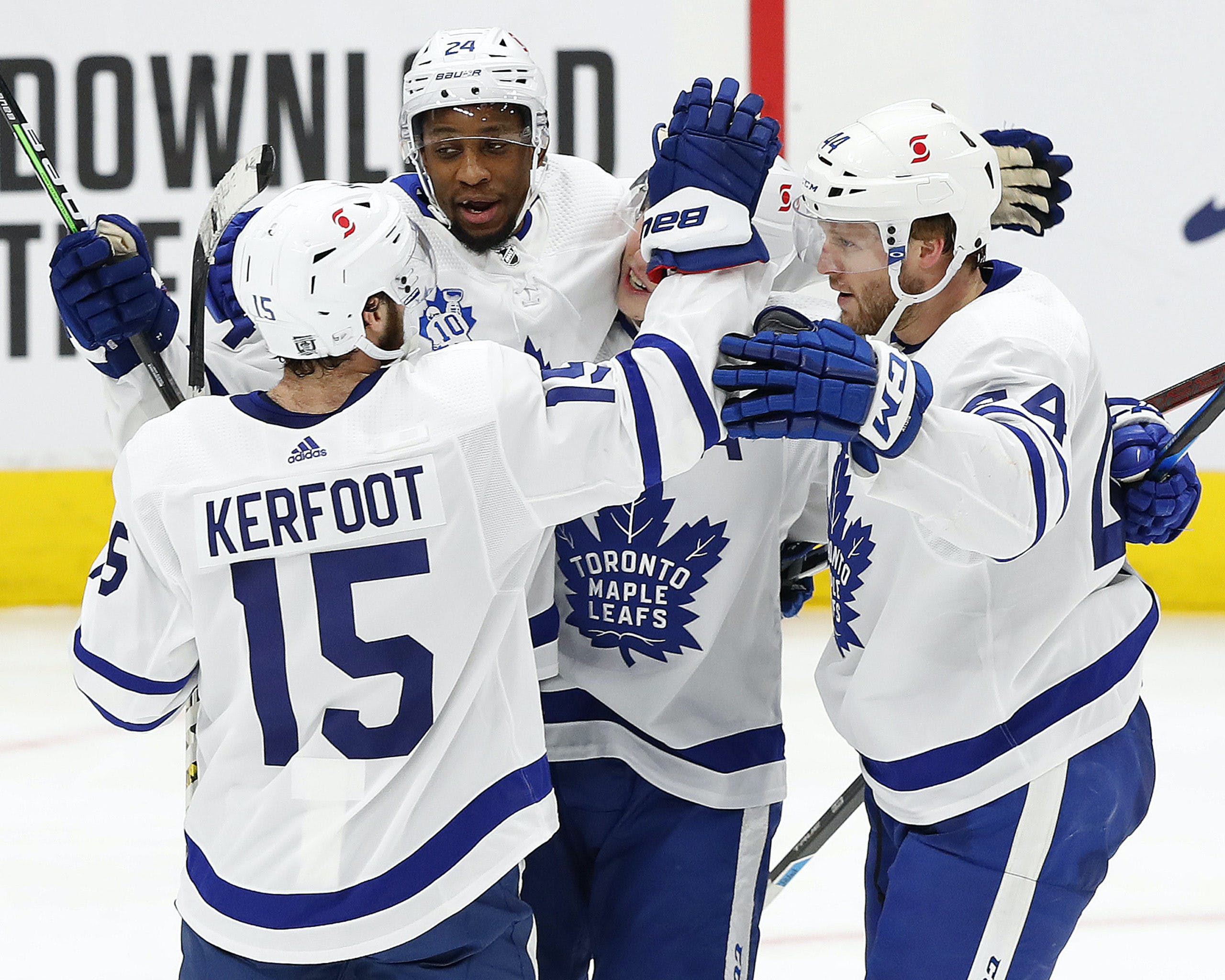 By Brendan Mori
2 years ago
Well if both teams needed to get some additional reps on the powerplay and penalty kill, tonight’s game was perfect for them. The Leafs stayed hot, defeating the Oilers 4-3, making it three straight wins. The Leafs finished the game 2/4 on the powerplay and the Oilers were a measly 2/7.
The Leafs opened the scoring midway through the first, courtesy of the man they call Vintage. Jason Spezza scores his first of the season after a Koskinen miscue behind the net.
William Nylander added to the Leafs lead, scoring just as the Leafs powerplay expired to make it 2-0. Nylander’s third goal of the season ended a seven-game scoring drought.
The Leafs carried this lead late into the second period… Until the refs decided to enter the game.
Kerfoot gets called for the non-existent slash, sending the Oilers to the powerplay. Zach Hyman would join Kerfoot not too long after, as he tripped up McDavid as he tried to enter the Leafs zone.
The Oilers finally strike gold on this five-on-three powerplay, as McDavid finds Draisaitl for the back-door one-timer to cut the Leafs lead to one.
In the third period, the Oilers and Leafs swapped powerplay goals. Leon Draisaitl added his second of the game on the powerplay once again, Wayne Simmonds responded for the Leafs, giving him three goals in his last three games. Zach Kassian would go on to tie the game at 3-3 before Auston Matthews lit the lamp to regain the lead for the Leafs.
Things would get dicey late in the game, as Nylander took a penalty, giving the Oilers a powerplay late in the period. The Leafs weather the storm and are able to grind out a 4-3 win, becoming the first team in NHL history to record three straight wins against teams from Alberta.
The Leafs came out hot in this game, storming out to a 2-0 lead, before getting into penalty trouble.. The team did a good enough job of playing their game and capitalizing on their powerplay opportunities tonight, while also keeping McDavid in check.

Spezza looked really good tonight. The time off last game definitely went to his legs as Spezza was flying all over the ice tonight. It was nice to see Spezza get rewarded and score a goal tonight. Especially considering what happened last time he played Edmonton.

Kerfoot didn’t have a bad game by any means, he just took a lot of unnecessary penalties. Taking three penalties in a game is unacceptable, especially the ones that occurred in the offensive zone. I have liked Kerfoot’s game a lot better this season then compared to last. Sheldon Keefe has given him a defined role on this team and he is excelling at it early on this season. Hopefully Kerfoot got his penalty troubles out of his system tonight.

The Leafs have tomorrow off, before facing off against the Oilers once again on Saturday night. The Leafs will be debuting their brand new Reverse Retro jerseys. You can watch the game on Sportsnet West, with puck drop at 7:00pm EST.
Uncategorized
Recent articles from Brendan Mori