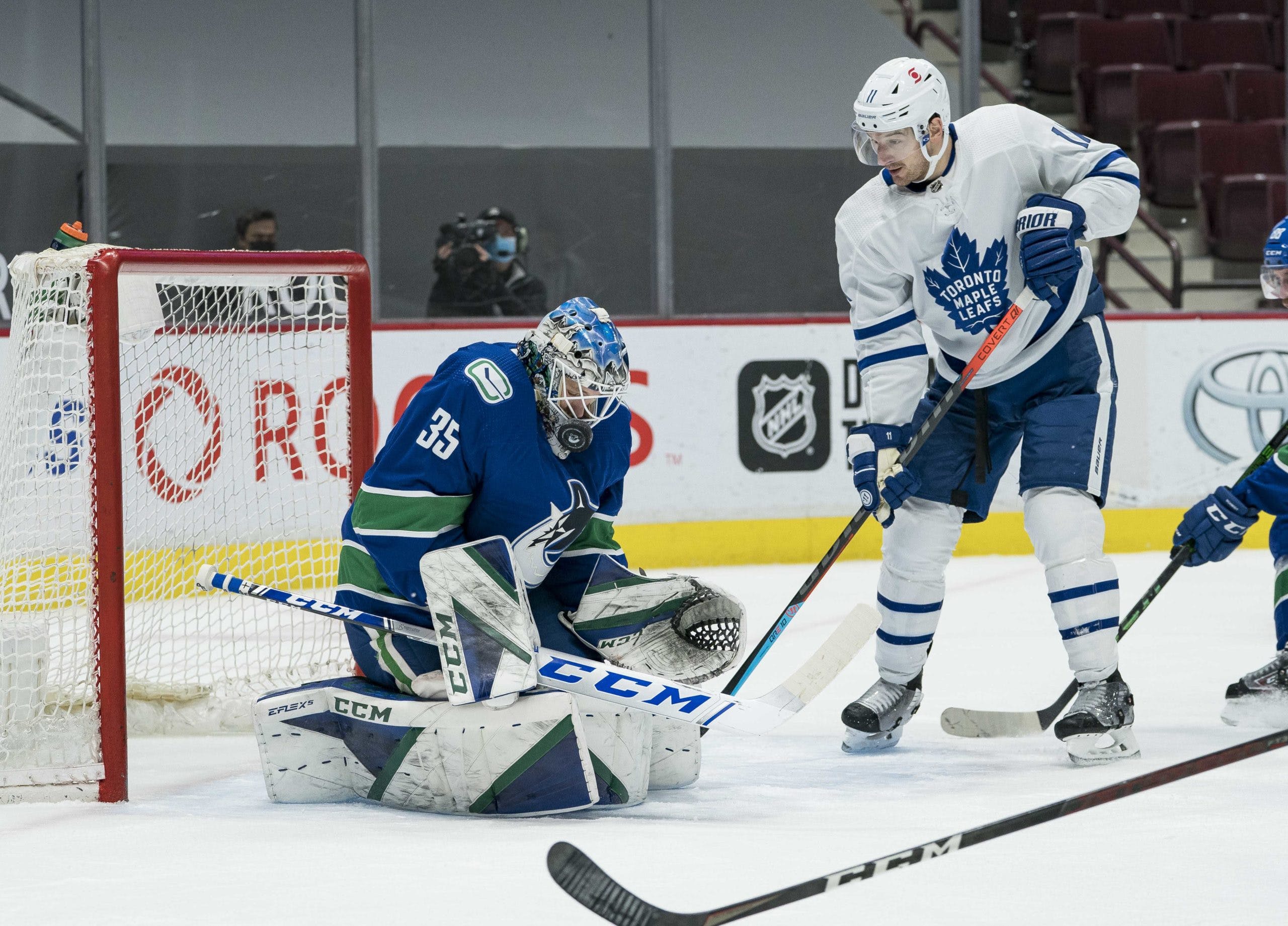 By Scott Maxwell
1 year ago
I’m not going to lie, I’m very surprised that this game is happening tonight. Whether they gave them an extra week or just straight up ended their season, it still feels too soon for the Canucks to be coming into action considering everything we’ve heard about what they were dealing with, and what JT Miller said about the team’s status a few days ago.
It’s one thing if the team was in that typical hockey team mindset, just pumped up and ready to go to play some more games. But, they’ve made it very clear they don’t want to, and even some players family members have gotten the variant because of it. When players on the team like Travis Hamonic opted out of the bubble last year because his child was more vulnerable, this becomes an issue beyond more than just the game.
Even from a Leafs perspective, this must be a really weird situation to be in. You’re up against a team playing their first game in 24 days, and is probably not in the right conditioning to play a full 60 minute game against the best team in the division. If you run up the score in this game, it’s a bad look, but if you lose, then it’s embarrassing. Auston Matthews could hit 50 goals in his remaining games against the Canucks if he really wanted to.
Needless to say, this will be a very interesting game to watch.

Campbell appears to be coming down to earth a little bit in his recent stretch, so tonight might be a good opportunity for him to rebound a little bit. After an 11-0-0 start, he’s lost his last two, and even got pulled on Thursday after the Leafs went into a 3-1 hole early in the game. The Canucks are also the only team in the division he hasn’t played this season, so all that is to say it’ll be an interesting game for him for sure.

There’s no confirmation up to this point as to who the starter is, the likely candidate will be Holtby since Demko isn’t quite ready to play yet coming off the COVID protocol list. Holtby has mostly found himself in a backup role this season in Vancouver, with a 4-6-2 record and an .894 save percentage. Those numbers get even worse when he plays the Leafs, as he’s 0-2 against them with an .840 save percentage.
You can catch the game on Sportsnet at 7:00pm. *insert Canucks fans getting mad at a 4pm start time because it’s against the Leafs*
Uncategorized
Recent articles from Scott Maxwell