Leafs look to bounce back in rematch with Montreal 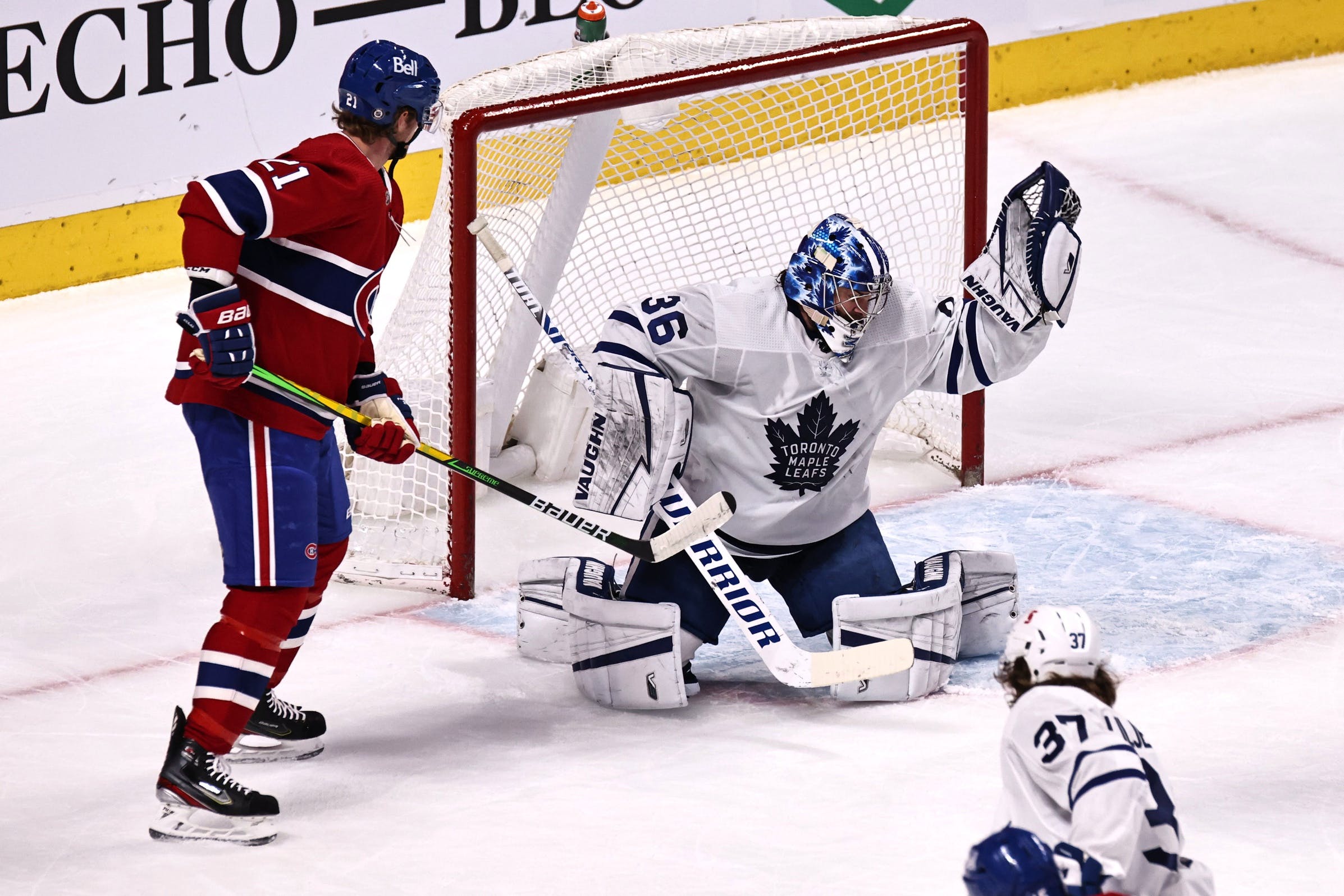 By Brian Reid
1 year ago
With the division crown still technically up for grabs and the season rapidly winding down, the Toronto Maple Leafs look to rebound from their Monday night overtime loss as they host the Montreal Canadiens for the second of three consecutive games later tonight.
While three of the four playoff positions in the North Division have been secured with Edmonton and Winnipeg punching their postseason tickets Tuesday and Wednesday night respectively, Montreal has yet to officially claim the last spot, despite sitting ten points clear of the fifth place Calgary Flames. A win against the Leafs tonight would drop Montreal’s magic number to a single point. The Leafs meanwhile, are still playing for the number one seed and assured home ice through the first two rounds. They need five points (either gained by them or lost by Edmonton, meaning a Toronto win and Edmonton loss tonight would drop the number to one) to secure their first division crown since the 1999/2000 season.
The key focus over the past few days for Leafs fans has been the health of Nick Foligno, who left Monday night’s game late in the second period with what was revealed to be an upper body injury. Sheldon Keefe confirmed yesterday that while the injury is being treated as day-to-day, Foligno will miss at least the next two games in hopes of recovering in time for the playoffs, which Toronto could open up as early as May 18th. Stefan Noesen will make his Leafs debut as he draws in for Foligno, while despite impressive showings of late, Adam Brooks comes out for Pierre Engvall.

Leafs Starting Goaltender: Jack Campbell
The late game tying goal not withstanding, Jack Campbell played a strong game on Monday night and was largely the reason the Leafs secured even a single point, let alone came within a minute of earning two. Campbell is 2-1-1 with a .921 save% against the Montreal Canadiens this season.
Canadiens Starting Goaltender: Unconfirmed (Likely Cayden Primeau)
Jake Allen started for the Montreal Canadiens last night in their 5-1 loss at the hands of the Ottawa Senators, which would typically imply that Cayden Primeau will get the start tonight in Toronto. Should he get the start, it would be Primeau’s third start of the season, and just fifth of his career. Primeau has an .893 save% in his two starts this season for Montreal.
Coverage for tonight’s game begins at 7:00 p.m. EST on TSN.
Uncategorized
Recent articles from Brian Reid