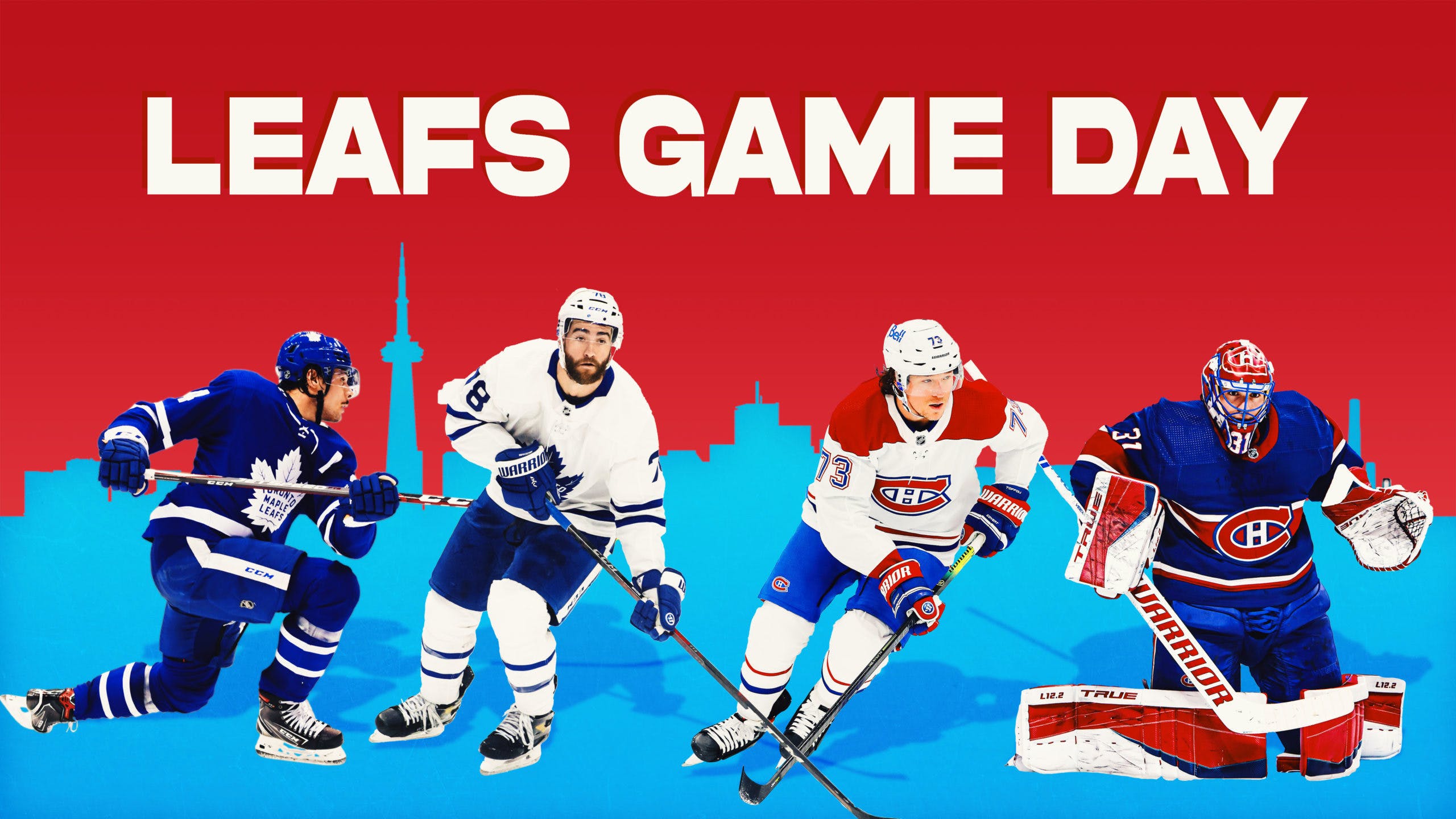 By Brian Reid
1 year ago
For the first time since opening night, the Toronto Maple Leafs and the Montreal Canadiens go head-to-head in a battle of the top two teams in the North Division. After closing out their three-game set against the Vancouver Canucks with a 3-1 win on Monday, the Leafs are on an eight-game point streak, going 7-0-1 in that stretch, positioning themselves in the top spot in the North heading into Wednesday night’s game. Unfortunately for the Leafs, the Canadiens have been nearly as hot, having gone 7-2-1 in their last ten and sitting a mere three points back of Toronto in second place.
The Leafs look to rebound from a game against Vancouver which was arguably their worst of the season to date. While the Leafs managed to return to form late, putting the game away with a strong third period, they entered the final frame on the wrong end of a twenty shot differential, being outshot by the lowly Canucks 27-7. While many may view Montreal’s hot start as a product of unsustainable shooting percentages, both at 5v5 and shorthanded, there is little doubt that if any team is going to threaten Toronto for the division crown, it will be the Habs, and a sluggish start against them may not have the same result as one against a team like Vancouver.
Sheldon Keefe lamented the decision to roll out an 11F-7D lineup following Monday’s game, and looks to revert to a traditional 12-6 lineup tonight. Travis Dermott will return to the Leafs lineup after missing the last two games with a lower body injury. Despite strong showings from Mikko Lehtonen (two assists in Saturday’s win) and Rasmus Sandin (assisted on the game winner Monday night despite a mere five minutes of ice-time) both will sit in favor of the returning Dermott, who has begun to truly establish himself this season as a critical piece of the Leafs defense, forming a solid bottom pair with Zach Bogosian.

Leafs player to watch: Nic Petan
After finding himself on the outside looking in for the first ten games of the season, Petan made the most of his first opportunity in the lineup when he drew in for Thursday’s game against Vancouver. The fourth line of Petan, Travis Boyd, and Jason Spezza was one of the better results that the bottom six line blender has churned out, and Petan capped off an already strong game by setting up one of Jason Spezza’s three goals with a perfectly executed saucer pass. With Wayne Simmonds out, Petan skated with the first powerplay unit on Tuesday, and another strong showing tonight could lead to Petan factoring in to the Leafs lineup on a more consistent basis.
Canadiens player to watch: Josh Anderson
Josh Anderson has been a revelation for Montreal this season, scoring eight times as many goals as he did all last season with the Columbus Blue Jackets (a number that becomes slightly less impressive when you remember he only scored one goal last season.) Slander aside, the Burlington native finds himself on a three-game goal scoring streak and has been a crucial part of Montreal’s early season success as he looks to become the latest example of Marc Bergevin turning a much maligned offseason trade into a clear win for the Habs.
Leafs starting goalie: Frederik Andersen
It was a long road to get there, but Frederik Andersen finally finds himself with a save percentage above .900 on the season. Tonight will mark Andersen’s seventh consecutive start, a count that will likely continue to grow until the Leaf’s next back-to-back.
Canadiens starting goalie: Carey Price
Much like the Leafs with Andersen, the Habs are off to a hot start despite a subpar start from their declared number. Price enters tonight’s game sporting a 4-1-2 record with an .899 save% in his first seven starts.
Coverage begins at 7:30 EST on Sportsnet
Uncategorized
Recent articles from Brian Reid