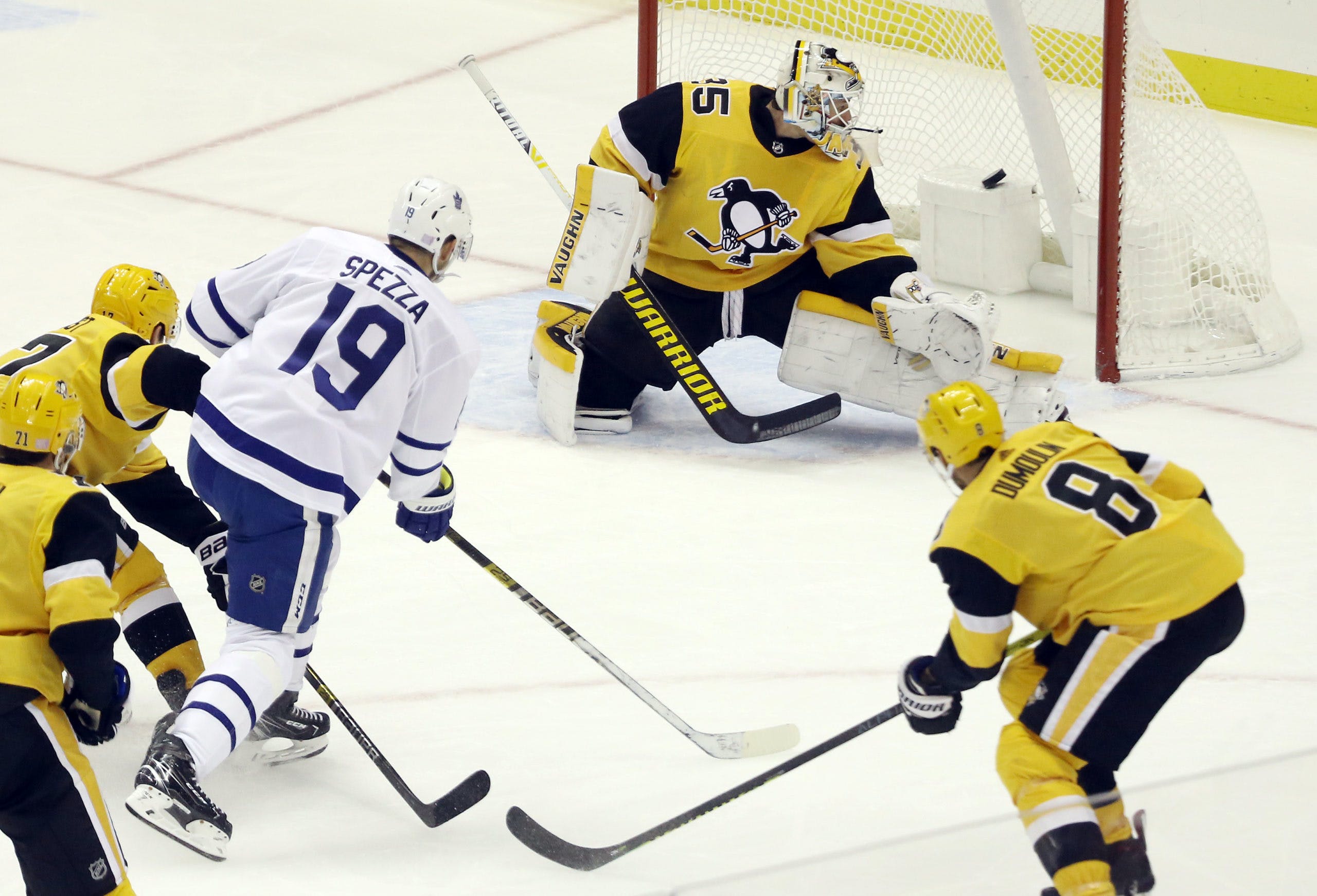 By Dylan Murphy
1 year ago
It’s no secret that the Leafs have not had a great start to their season on the whole. Top-end players are struggling, depth players are struggling to find their role, the cap is so tight that it does not allow them to make moves. And now they’ve lost consecutive (very winnable) games ahead of heading to the United States for the first time in over a year and a half for a Saturday night showdown with the Pittsburgh Penguins.
The Penguins are dealing with a rash of COVID-19 cases in addition to injuries, so they will be icing a severely depleted lineup that features no Crosby, Malkin, Letang, Carter or Rust. Tristan Jarry was one of the Penguins on the COVID-protocol list but his test was a false positive so he’s good to go for tonight. It’s a winnable game for the Leafs, you may think. Well, not so fast, because it’s Kasperi Kapanen’s first game against the Leafs since being traded, so that’ll be fun for him I’m sure.
On the Leafs side of the equation, Sheldon Keefe called out his star players last night during the postgame press conference, it will be interesting to see if he chooses to juggle the lines tonight, but since the team did not hold a full morning skate, any changes won’t be confirmed until later today just before game time. One change could see Timothy Liljegren step into the lineup in the place of Travis Dermott.
The mood among Leafs Nation (both the fanbase and our group of writers on the site) is varying degrees of mostly negative sentiments. Even I fell victim to it last night when I told some friends that the Newfoundland Growlers (the other team I cover for the site, who are playing essentially the same systems as the Leafs), could beat the Leafs that played last night. And I wholeheartedly believed it at the time. Today is a new day, and TLN’s own Nick Richard put it best:
The script for tonight’s game hasn’t been written yet. The Leafs can grab the pen, turn the page, and write a whole new story with just 60 minutes of hockey. Let’s see if they can do it.

As stated above, with no morning skate, we won’t know until game time whether Keefe will choose to mix up his lineup in any way, but Liljegren going in seems like a safe bet. Jack Campbell is also confirmed to get back in between the pipes after warming the bench last night.

Letang will be out after testing positive for COVID-19 and the Penguins will have to recall a defenceman from the AHL, but that hasn’t happened yet.

As mentioned above, Jack Campbell and Tristan Jarry will get the starts for their respective teams. Campbell has been one of the lone bright spots to open the season for the Leafs, continuing his stellar play that has been the standard since he arrived in Leafland. Jarry has similarly been great for the Penguins, with 2 wins and 1 overtime loss so far this season and a sterling .935 save percentage. We could be in for a bit of a goaltender’s duel tonight. May the best man win.
The game starts at 7pm Eastern and will be broadcast nationally on Sportsnet.
Content
Recent articles from Dylan Murphy