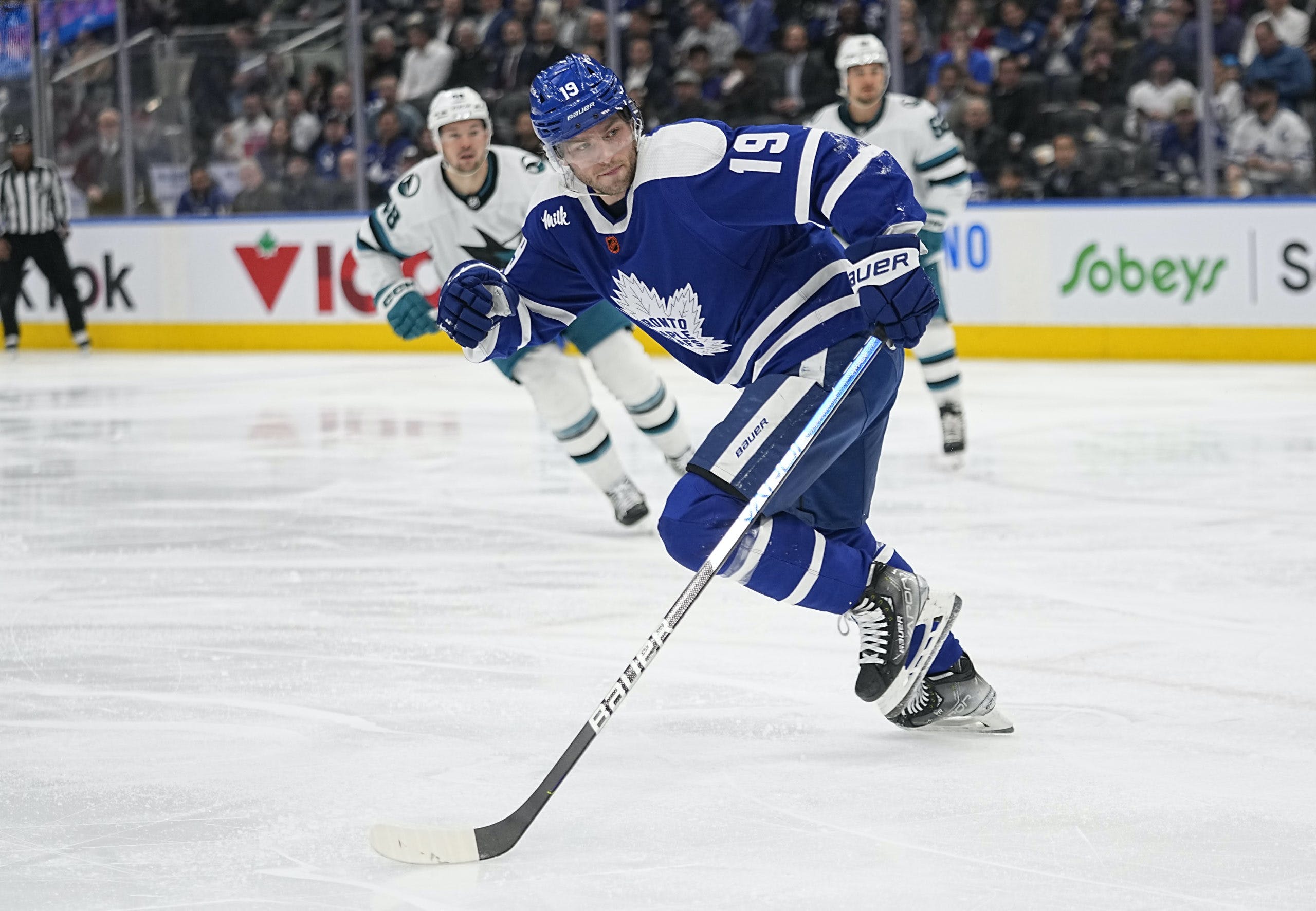 By Joseph Zita
1 month ago
The Toronto Maple Leafs hit the ice for practice today ahead of tomorrow night’s matchup against the Tampa Bay Lightning. There was some news we were awaiting from the last game with forward Calle Jarnkrok leaving the game with a groin injury and we weren’t sure how long he’d be sidelined with it.
Another name we have been monitoring is TJ Brodie, who has been out for the last 10 games with an oblique injury.
Brodie was seen skating before scheduled practice but as David Alter said, he is still recovering from his oblique injury and we really don’t know when he could be back in the lineup or what the next steps are for the 32-year-old defenseman.
After practice, Sheldon Keefe spoke to the media about both Calle Jarnkrok and TJ Brodie.
According to Keefe, Jarnrok will miss at least the next two weeks due to the injury and Brodie will join the team to practice but he will not play during the upcoming two-game road trip in Tampa Bay and Dallas, per David Alter.
With Jarnkrok now sidelined for the next two weeks at the minimum, it now gives other players an opportunity to crack the lineup. In today’s practice, Wayne Simmonds was spotted wearing a regular white jersey and slotted in as the fourth-line right winger on a line with Zach Aston-Reese and Pontus Holmberg.
Youngster Nick Robertson was also wearing a regular blue jersey and is projected to play second-line left wing on a line with John Tavares and Mitch Marner in tomorrow night’s game.
So after initially looking at the lines in practice, it looks like the only changes to the lineup after the last game is going to be Nick Robertson moving from fourth-line right wing to second-line left wing, Wayne Simmonds coming in on the fourth line with Calle Jarnkrok sidelined, and both David Kampf and Pontus Holmberg switching roles. Kampf is now the third-line center and Holmberg is now the fourth-line center, according to the lines at practice.
There have also been talks among people on Twitter wondering when the Maple Leafs will give recently acquired defenseman, Conor Timmins a shot and play in a game, but given how well Mac Hollowell has fit in on that third pair with Victor Mete, it doesn’t look like he’s going to get a look anytime soon, especially given the Maple Leafs are undefeated with Hollowell in the lineup.
However, they could also just be giving him some extra time to practice with the team, get to know everybody and the system, etc.
Another change ahead of tomorrow’s game is goaltender Matt Murray will get his eighth start of the season in Tampa Bay.
The 28-year-old netminder is 5-1-1 in seven starts this season posting a 2.43 GAA and a .927 SV%.
After his 23-save win against the San Jose Sharks in his return after being out with a knee injury since November 5th, Ilya Samsonov will be backing up Matt Murray. This is also just the fourth game this season that both goaltenders will be dressed in the same game.
The Maple Leafs are in Tampa Bay to play the Lightning for the first time since game seven of the first round. Puck drop is at 7:00 pm ET, 4:00 pm PT on Sportsnet.
News
Recent articles from Joseph Zita