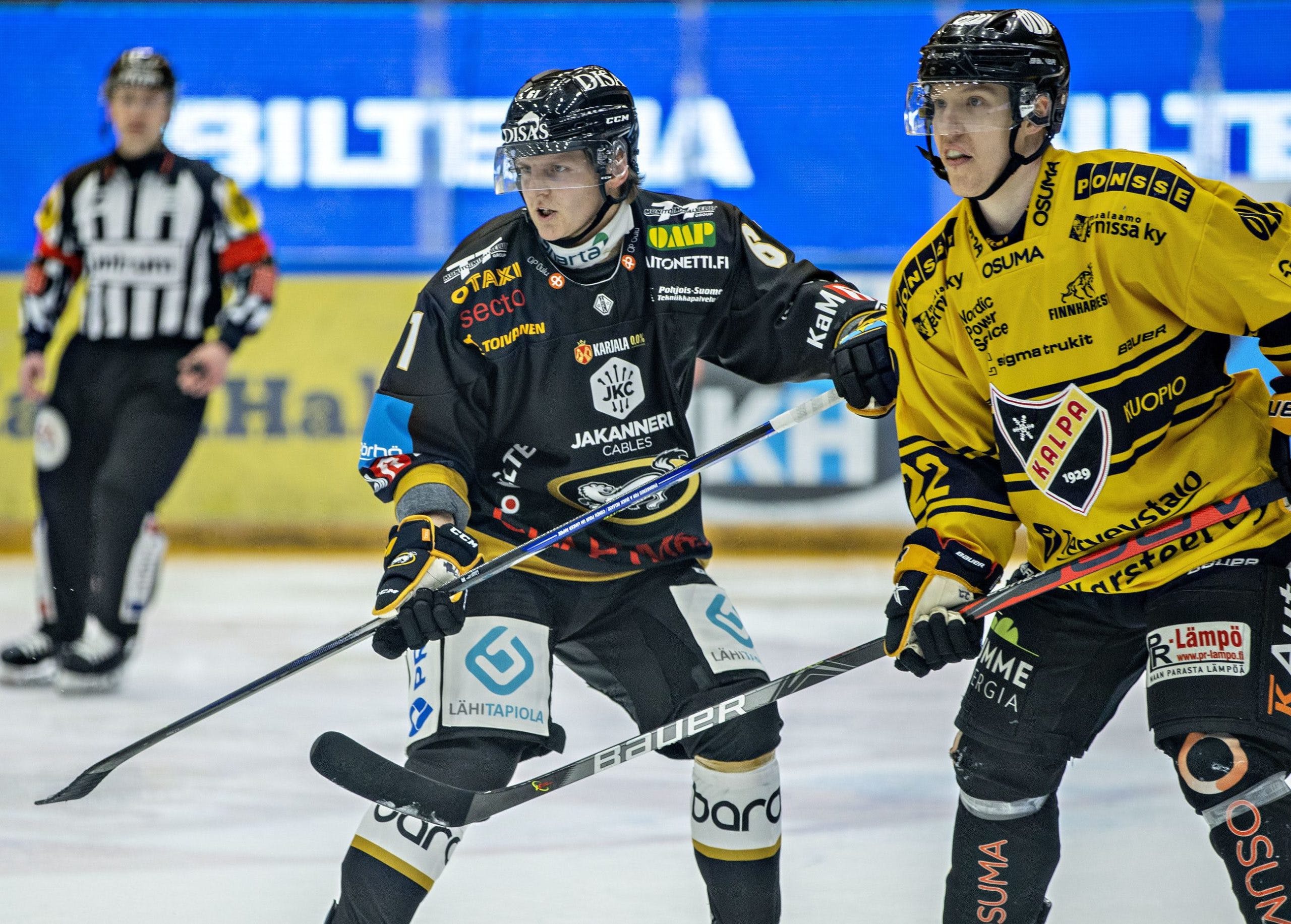 By Kyle Cushman
7 months ago
After signing NCAA free agent @Max Ellis earlier in the day, the Toronto Maple Leafs announced their second signing of the day by inking 2020 sixth-round draft pick Axel Rindell to a two-year entry-level contract with an average annual value of $838,750. Rindell will join the Toronto Marlies for the rest of the 2021/22 season on a professional try-out.
Rindell, taken by the Leafs in 2020 as a twice undrafted prospect, is a right-handed offensive defenceman out of Finland. He broke out in the 2019/20 season while playing with Jukurit, scoring 22 points in 47 games on one of the weakest teams in Liiga, results good enough to entice Toronto to take a late-round swing on him.
Given that Rindell was drafted as a 20-year-old prospect in his third year of draft eligibility, the Maple Leafs only held his exclusive rights for two years, which were set to expire in June.
The signing does come as a slight surprise, though, as Rindell is coming off of what was a disastrous 2021/22 season for himself. He began the year remaining with Jukurit, the same team he had played for the previous two seasons, but got out to an awful start to the season. With just five assists in 16 games for the offensive defenceman and an abysmal -11 rating, Rindell was traded to Liiga contender Kärpät, who were looking for defensive depth on the right side.
Upon moving to Kärpät, things improved slightly for Rindell, but ultimately the year as a whole was still a disappointment. He finished the regular season with 12 points in 26 games with Kärpät, having missed some time due to an injury. When he was in the lineup, however, he was often relegated to a bottom pair role playing behind Mikko Niemelä and fellow Leafs prospect, Topi Niemelä.

Recently, Rindell appeared in five of Kärpät’s seven games in their first-round loss to Ilves, recording no points. Surprisingly, Rindell was even sent down the U20 level for three playoff games in the Kärpät system, in which he dominated as one would expect to the tune of five points.
Despite the rough season, the Leafs are still committing to Rindell going forward, locking up him on an entry-level contract that will bring him through his Age 23 season. Slightly undersized at 6-foot, 176 pounds, Rindell will need to find his strong offensive game once again if he is to become an option down the road for the Maple Leafs.
For now, though, Rindell will join a Marlies team that has quite a bit of competition on defence in the short term, but not much right side depth signed into 2022/23. Ranked 25th on my Leafs prospect rankings back in December, a change of scenery and a move to North America may be just what Axel Rindell needs to find his old form once again.
News
Recent articles from Kyle Cushman