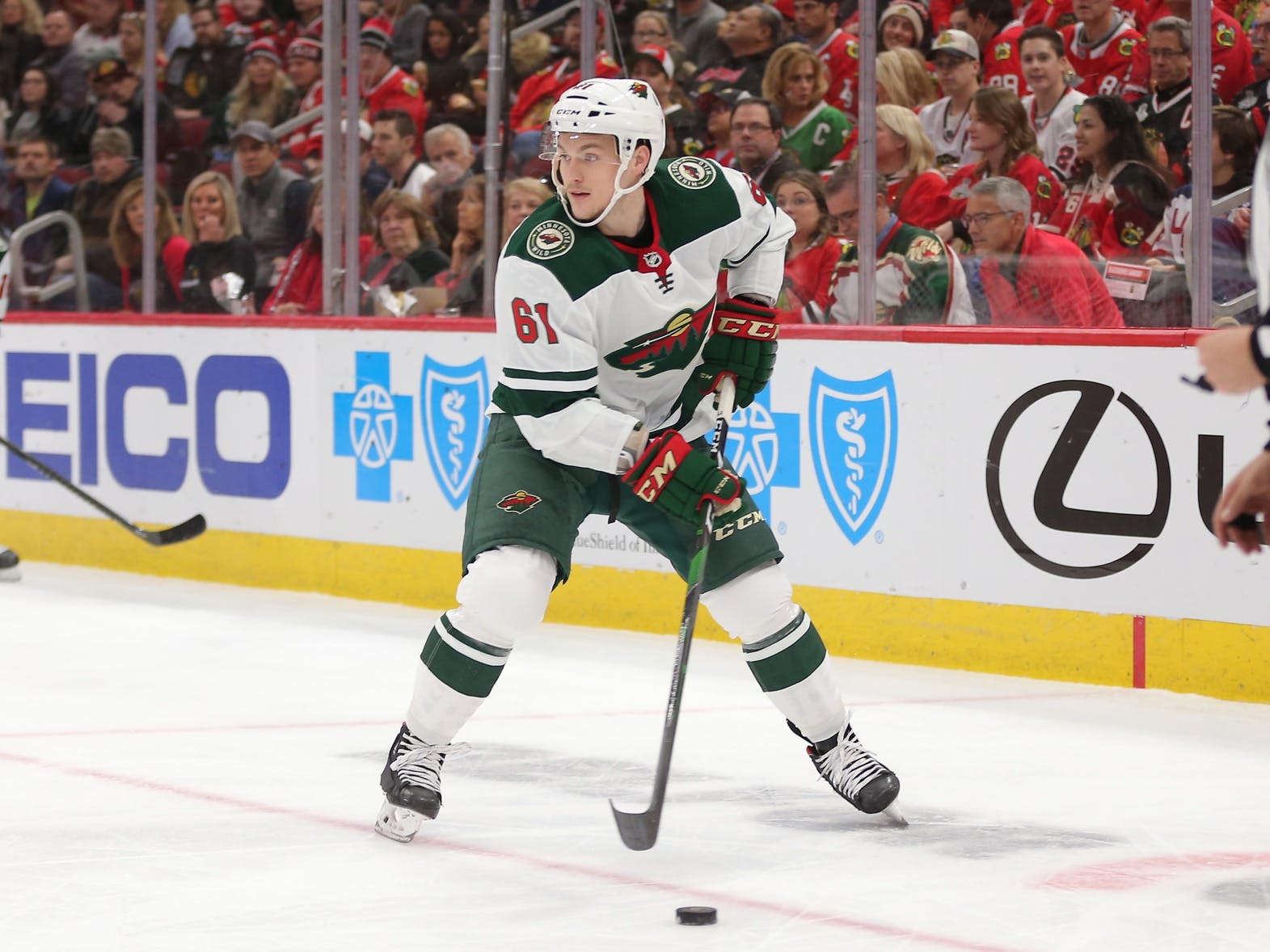 By Brian Reid
1 year ago
The Leafs added to their defensive depth this morning, agreeing to a one year deal with RFA blueliner Brennan Menell on a one year, two way contract. The deal carries a $750,000 cap hit.
The Leafs acquired Menell’s RFA rights from the Minnesota Wild on the opening day of free agency for a conditional seventh round pick in 2022, contingent on him playing in 30 games with the Maple Leafs in the 2021/2022 season.
While the Leafs top four of Morgan Rielly, Jake Muzzin, TJ Brodie, and Justin Holl is seemingly set in stone for opening night, competition for a spot on the Leafs bottom pair is wide open. Menell will join a crowded field that primarily consists Travis Dermott, Rasmus Sandin, and Timothy Liljegren, but could be potentially extended to include recent free agent acquisitions Alex Biega and Carl Dahlström, all of whom will be vying for two spots in the opening night lineup.
Menell is coming off of a strong debut season in the KHL, where the right hander scored 38 points in 47 games for Dinamo Minsk, including 7 in 5 playoff games.
While Leaf fans may cringe at the prospect of adding another KHL standout (the wounds of Nikita Zaitsev run deep and were reopened with the lackluster addition of Mikko Lehtonen last season,) Menell had some success in the professional North American ranks prior to departing for the KHL, putting up 116 points in 199 AHL games for the Iowa Wild, including 47 points in 57 games in 2019/2020, which ranked second amongst AHL defensemen that season. Given his success on the powerplay across multiple league, Menell could find himself as a solid option for the Leafs second unit should he force his way into the lineup on a regular basis.
The bottom of the Leafs blueline is beginning to look a bit crowded, and while the acquisition of Menell has raised questions on the roles of players like Travis Dermott and Timothy Liljegren going forward, he is an intriguing prospect who became available at a reasonable price. Menell possess the tools to be, at the very least, an effective bottom pair defender in 2021 who can potentially run a powerplay unit, and should he continue to make strides, what appeared to be a minor deal on the opening day of free agency could ultimately be one that gets looked back on as a bit of a steal by this time next season.
Uncategorized
Recent articles from Brian Reid