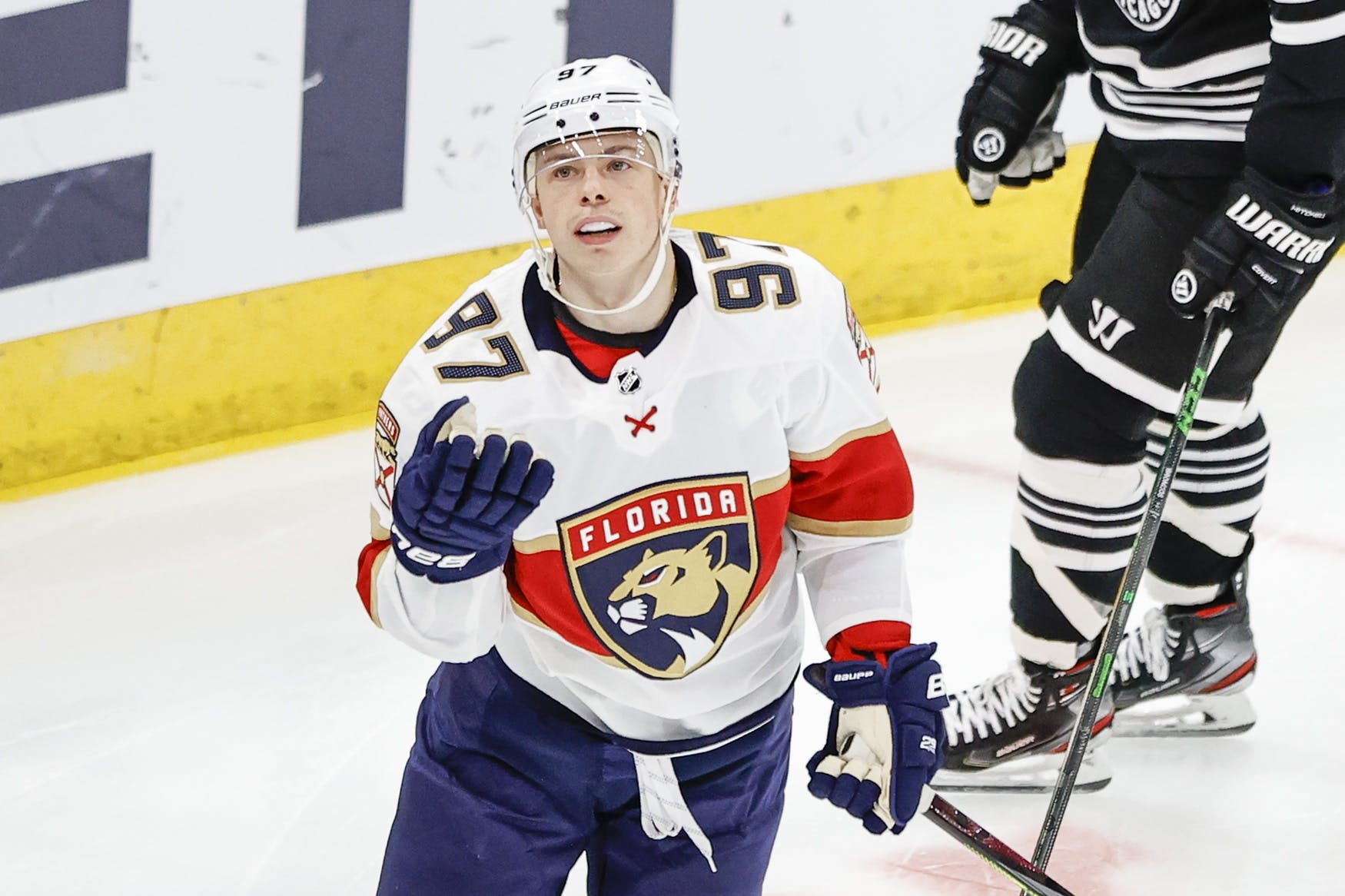 By Scott Maxwell
1 year ago
With the Toronto Maple Leafs tight up against the cap, and having lost Zach Hyman to free agency, the Leafs were going to need to get creative to bring in offense to replace him.
While Gusev is an admittedly low bar, he still provides some intrigue, especially at the low risk bet of a PTO contract.
Gusev is coming off a bit of a down year, as he scored just four goals and six assists in 33 games for the New Jersey Devils and Florida Panthers, but his first NHL season saw him get 13 goals and 44 points in 66 games. So, it’s easy to see why there’s some potential playing in the Leafs top six.

Now, some of that can be attributed to some bad luck, as he shot just 5.56% but his shot rates were down slightly as well, so it could be a skill issue.
It wasn’t too long ago that Gusev was highly sought after, as several teams were trying to acquire his rights from the Vegas Golden Knights. He was an excellent player in the KHL, so maybe the Leafs are thinking they can tap into that and maybe bring out some of that upside to his NHL game. Considering the work they did with Alex Galchenyuk last season, I can see why Gusev may have thought the Leafs were a good fit for him as well.
All this signing really does is give them another option to experiment with in hopes of replacing Hyman’s offense. Whether he can pull that off in a top six role or not, we’ll have to wait and see, but it’ll add a bit more intrigue to the preseason.
Best case scenario, he’s a good fit alongside Auston Matthews and Mitch Marner, or John Tavares and William Nylander, and he can excel in that role much like what Galchenyuk did last year.
Worst case scenario, he isn’t a fit, and they release him from his PTO. Even if they sign him before they realize this, he’s probably not getting anything over $1 million.
Uncategorized
Recent articles from Scott Maxwell