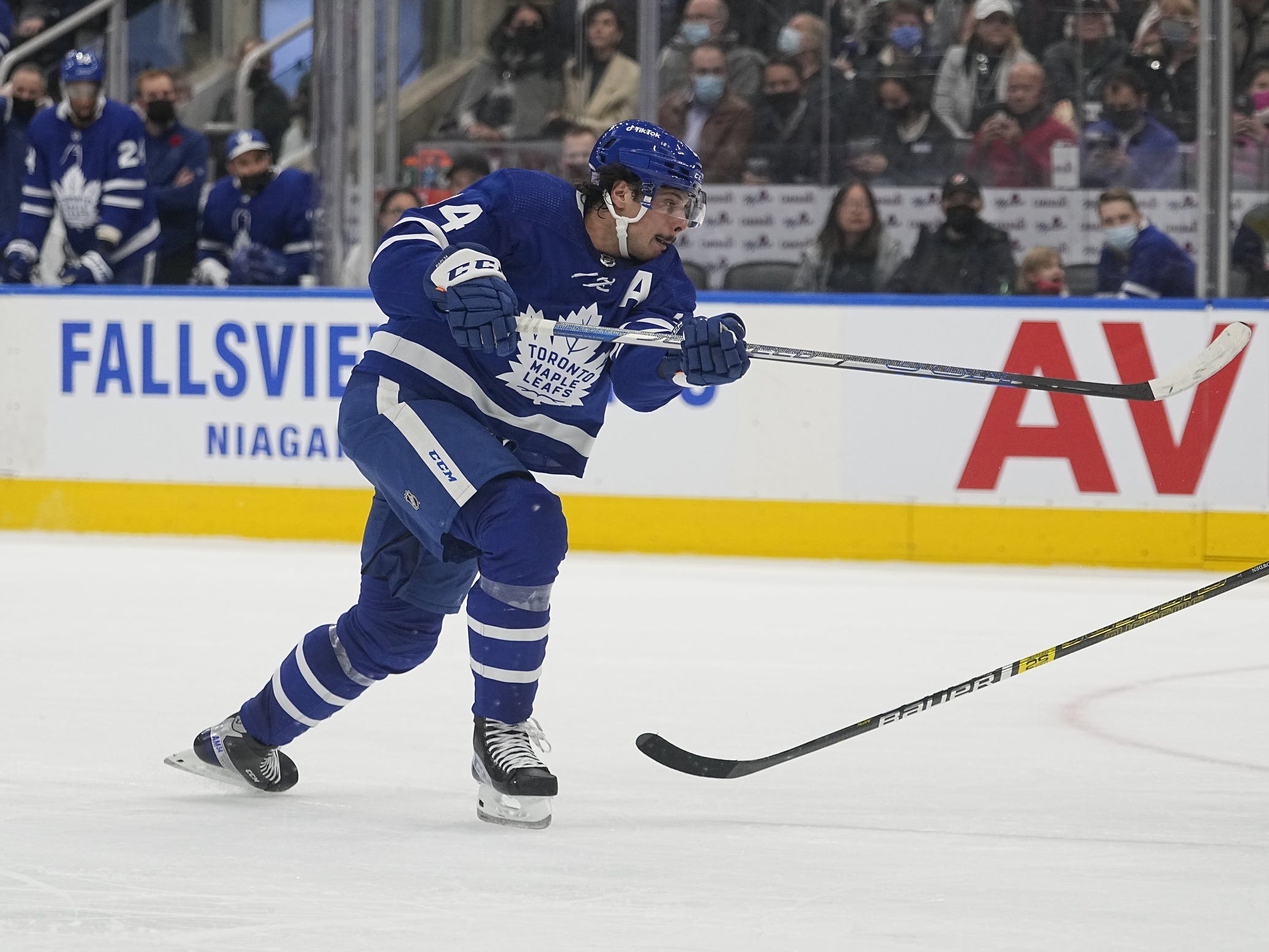 By Scott Maxwell
1 year ago
Remember when we were mad at this team?
The Leafs managed to pick up their third win in a row in a dominating 4-0 win against the Vegas Golden Knights, which is admittedly not as impressive with Mark Stone, Max Pacioretty, and William Karlsson out of the lineup. The Leafs came flying out of the gate with by far their best start of the season, as they spent most of the first period in Vegas’ zone. They basically wouldn’t let up until the score got more and more out of reach, as goals from Mitch Marner and William Nylander, two from Auston Matthews, and a shutout from Jack Campbell would make this a pretty relaxing game for the team… and the fans.

Nylander had a vintage Nylander night alongside Matthews, getting an assist on a nice feed across the width of the ice to Matthews on the power play, and scoring a nice breakaway goal with a sick snipe. Like most of the Leafs tonight, he also dominated possession against the Golden Knights, with 65.71% of the shot attempt share and 84.39% of the expected goals at even strength.

After a cold start to the season, particularly by Matthews standards, he got goals number 2 and 3 on the board tonight, sniping home the aforementioned Nylander pass for his first, and showing off some excellent net front work with his second, while also controlling the play with 68.57% of the shot attempt share and 86.88% of the expected goals at even strength.

An anvil seems to have been lifted off of Marner’s shoulders after his first goal of the season against Detroit, as he got three more points tonight in an excellent performance, including a spectacular goal to open the scoring for the Leafs. Only Alex Kerfoot, his linemate, had better possession numbers tonight, as he finished the night with 78.26% of the shot attempt share and 92.67% of the expected goal share at even strength.

I’m reaching with this one as there wasn’t really anyone with a truly bad performance, and they at least had a bit of physical presence to them, but the line did get outplayed when it was on the ice, finding themselves with only 34.72% of the shot attempt share and 31.28% of the expected goals at 5v5 tonight.

It’s far from a statement game as they did this against a heavily injured Golden Knights lineup, but the Leafs came flying out of the gate, and didn’t let up until the game was out of reach, and considering the lack of chances Vegas was generating, it never really seemed like they’d put up much of a threat. The next two games will be a bit more of a test, and be a lot more important as they come against divisional rivals in the Tampa Bay Lightning and the Boston Bruins.
The Lightning are the first matchup, as they come to Toronto on Thursday on a three game winning streak of their own. Like the Golden Knights, they won’t be the true Lightning team as Kucherov is out for a while, but it’ll still be a much stronger lineup than tonight’s game. You can catch the game on TSN4 at 7pm EST.
Uncategorized
Recent articles from Scott Maxwell