Lmao McDavid got shut out by Michael Hutchinson 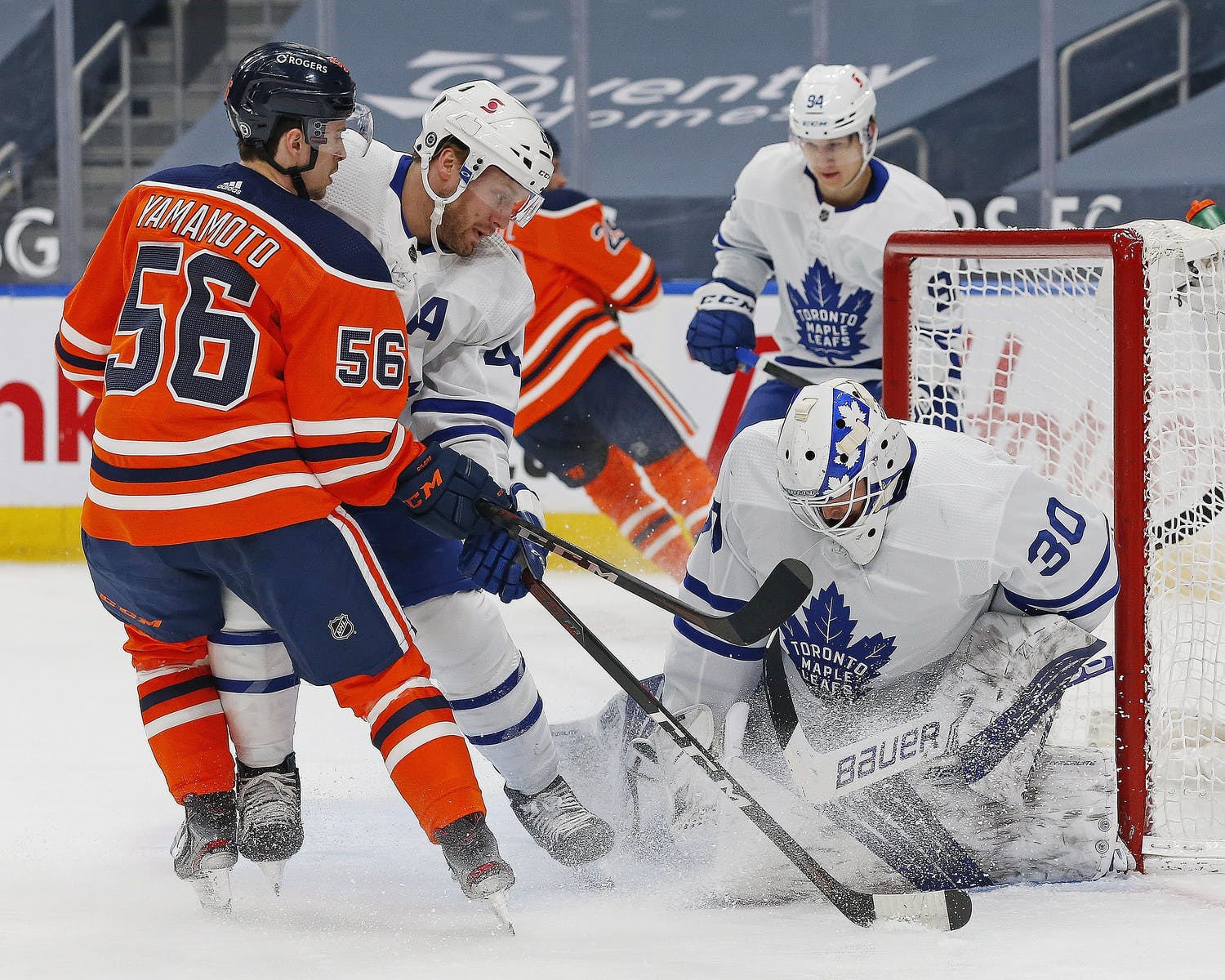 By Scott Maxwell
1 year ago
If it ain’t broke, don’t fix it. The Leafs took everything that worked well in Saturday’s shutout over the Oilers and brought it to tonight’s game despite another missed game for Auston Matthews, and Jack Campbell out of the lineup again. The Leafs got goals from Hyman, Nylander, and Rielly in the first period and held on tight for a 3-0 win over the Oilers.
Much like Saturday’s game, the Oilers came out of the gate with a lot of pressure and gave Leafs fans some scares early on, but once again, it was the Leafs who opened the scoring, as Morgan Rielly made an excellent cross seam pass to Zach Hyman, who dangles around Mikko Koskinen and scores on the Leafs first shot of the game.
They followed it up quickly with another as William Nylander fought off Evan Bouchard and wired a backhander top shelf past Koskinen to make it 2-0.
The Oilers would finally get a powerplay later in the first after not having a single one on Saturday, but it would last all of three seconds as Ryan Nugent-Hopkins tripped up Justin Holl to make it 4-on-4. Another penalty to the Oilers would give the Leafs their first power play of the game, and they would capitalize on it as Rielly would fire a shot that deflected off of Darnell Nurse and squeak through Koskinen’s pads to give the Leafs a 3-0 lead.
The second period saw the Oilers come out with a bit of a vengeance, as they were clearly desperate for a goal after getting shutout in four straight periods, particularly McDavid and Draisaitl. They got their chances, but Hutchinson was there to make the save when he needed to keep the Oilers off the scoresheet for yet another period.
The Leafs learned a thing or two from the second period as the Oilers still saw more of the chances go their way, but not nearly as badly, and honestly, it almost seemed like they had given up by this point. Hutchinson couldn’t be beat in the third, and the Leafs would post back-to-back shutouts in Edmonton for a 3-0 win.

I’m not going to lie, I was worried going into this one. Matthews out again, Campbell also out, so the Leafs would have to turn to Hutchinson after shutting out the Oilers and would likely have to worry about McDavid and company coming back with a revenge game. And yet, Hutchinson stood tall all game, stopping all 31 shots he faced, including six from McDavid and a boatload of chances for the shutout.

Woll gets this because he’s the only player who didn’t make a meaningful contribution to the game tonight.

I’m both ashamed and in awe at the existence of this tweet.
The Leafs look to sweep the season series on Wednesday against the Oilers and really bury the rest of the North division before even hitting the half way mark of the season. The game will start at 8:00pm EST and you can catch it on Sportsnet.
Uncategorized
Recent articles from Scott Maxwell