Looking back at the last time the Leafs hosted the NHL All-Star Game, and what the 2024 festivities could involve 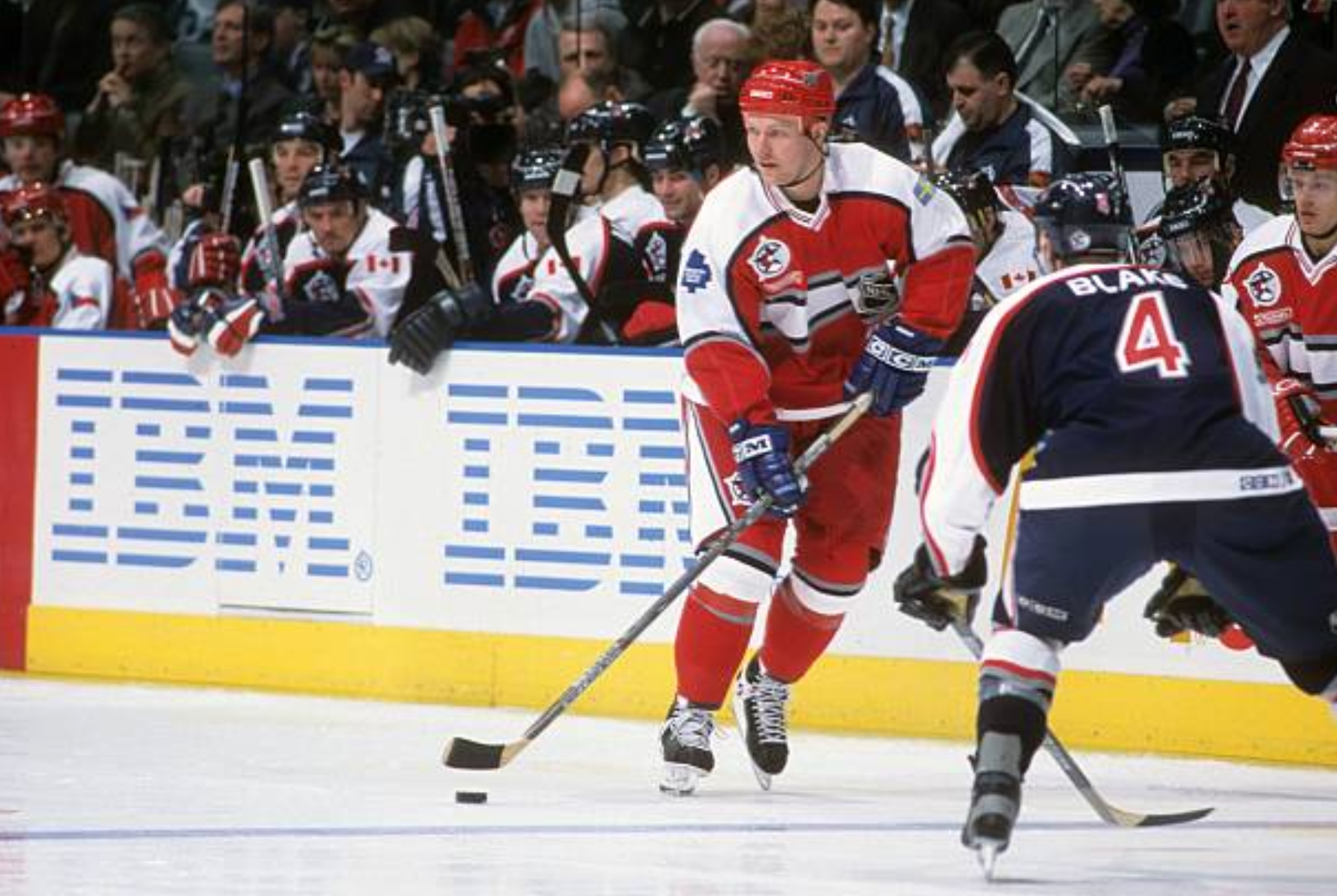 By Cam Lewis
17 days ago
It looks like the NHL’s All-Star Weekend festivities could be coming to Toronto next year.
According to a source from Toronto Star contributing columnist Nick Kypreos, the Maple Leafs “are closing in on hosting the annual event at Scotiabank Arena for the first time since 2000.”
As noted from the piece from The Star above, Toronto hasn’t hosted the All-Star Game since all the way back in 2000. That year’s All-Star Game represented a celebration of the Maple Leafs’ brand-new stadium, the Air Canada Centre, which opened the previous February.
The Leafs have hosted the All-Star Game many times throughout their history, but the one in 2000 has been the only instance in which they’ve hosted the modern format. Originally, the All-Star Game featured the previous year’s Stanley Cup winner hosting a collection of stars from the other teams in the league, and Toronto hosted that in 1947, 1948, 1949, 1962, 1963, 1964, and 1968.
The All-Star Game in Toronto in 2000 featured a Super Skills Competition with the likes of Paul Kariya, Al MacInnis, and Mike Richter winning events, and the All-Star Game itself saw Team World beat Team North America by a score of 9-4. Leafs goaltender Curtis Joseph represented Team North America, while captain Mats Sundin and defenceman Dmitri Yushkevich played for Team World.
In recent years, the NHL has leaned into having festivities that are unique to the city hosting the All-Star Game.
Last year, Vegas did the Fountain Face-off outside of the Fountains of Bellagio in which players tried to land pucks on five floating targets, and they also did a blackjack-style targets game on The Strip. This year, the All-Star Game in Florida will reportedly feature jerseys in the iconic Miami Vice aesthetic with other beach-themed events for fans.
From a Toronto perspective, leaning into the hockey history angle would make quite a bit of sense if they’re looking for an interesting flavour to have for their All-Star Game. Bringing back a revamped version of the jerseys worn at the first-ever All-Star Game held at Maple Leaf Gardens in 1947 (and for the next few years after that) would be a nice touch…

Another thing to consider is that the NHL could go back to the format from 2000 and bring back an international flavour to the All-Star Game.
Toronto was going to be one of the host cities if the NHL went ahead and hosted another World Cup of Hockey in 2024 but that won’t be happening next year. It would be interesting to see the league shake things up and either bring back Team World and Team North America or do something that fits with the current four-team format, but with players representing their countries.
Content
Recent articles from Cam Lewis