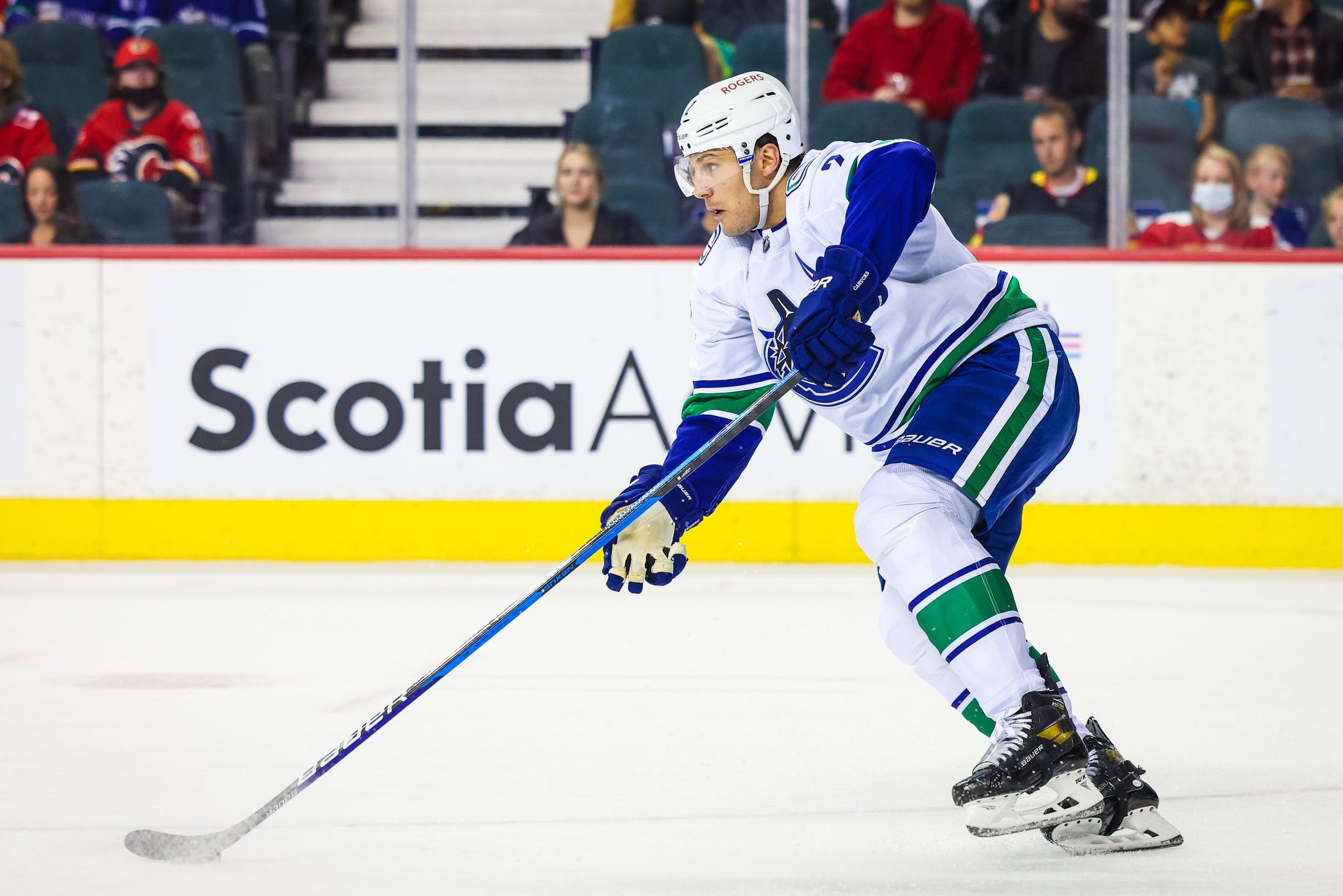 By Michael Mazzei
11 months ago
Over the past month and change, the talk about the Leafs in need of an upgrade on defence. I have already written about some names being suggested as potential options, including @Josh Manson who was recently reported to be a trade target of the team.
One of the players I mentioned was @Luke Schenn, who Leafs fans have remembered fondly as “The Human Eraser” during his four years in Toronto. The fifth overall pick of the 2008 NHL Draft has been gone for a decade now and in the time since the trade that saw @James van Riemsdyk become a Leaf, Schenn has evolved his game to become a dependable defensive option on the bottom-pair.
Nearly ten years after that transaction took place, it appears that the Leafs have some interest in bringing back their former first-round pick according to Rick Dhaliwal. During Monday’s recording of The Donnie and Dhaliwal Show, he mentioned that some people believe the Leafs have an interest in reacquiring him and that a lot of teams have asked the Canucks about his availability.
I wrote last summer about how bringing back Schenn could help address the departure of @Zach Bogosian, whom the Leafs have missed throughout the season. This past season saw the two players post nearly identical underlying metrics and had a lot of other similarities that made the idea of replacing Bogosian with Schenn a tantalizing option. Since writing that piece, Schenn has continued to be a reliable option on the blueline and has found some success when paired beside @Quinn Hughes.
In 32 games played, he has three goals, seven assists, and 10 points, marking the first time he has surpassed the double-digit mark since the 2015-16 campaign. In comparison to the other Leafs defenceman, Schenn stacks up fairly well regarding defensive metrics. He has a penalty plus/minus of zero, a hit plus/minus of 82, and has a combined 175 hits and blocks (which would top the team. The one downside is his turnover plus/minus is at -22, though it does place him higher than @Jake Muzzin and @Morgan Rielly
Note: All numbers are at 5v5
In terms of his underlying metrics, he has looked pretty solid considering he is primarily a third-pairing option and has only played in 66% of the Canucks games to this point. It is worth pointing out though that he is benefiting from some good luck and playing primarily beside Hughes. Schenn’s numbers at 5v5 take a noticeable hit across the board when he isn’t playing alongside the seventh overall pick of the 2018 draft, although the same does apply for Hughes. As you can see in the table listed above, Schenn has been seeing the bounces go his way and his PDO at 5v5 is a career-high (granted, he hasn’t played in over 80% of his team’s games since the 2016-17 season).
So while there are some reasons to wonder whether or not some of his success is sustainable based on his underlying metrics, Schenn could effectively fill the void left by Bogosian while also not impeding the development of @Rasmus Sandin and @Timothy Liljegren.

Schenn won’t be relied upon to appear in all of the games because he is best situated to be a depth option that can slot into the lineup frequently enough but won’t get in the way of valuable playing time for Sandin and Liljegren. Pairing him alongside Sandin on occasion could generate similar results to what he has done when slotted next to Hughes and @Victor Hedman the last two years. While it is true that the Leafs’ current third pairing has done a great job in terms of expected goals and unblocked shot attempts, adding Schenn to the mix would allow Sheldon Keefe to have more flexibility in terms of shuffling the lines based on the opponents.
Say they are facing a team that relies on the forecheck (ex: the Hurricanes), Keefe could easily slot in Schenn to better counter their playstyle and improve the odds of success defensively. Then if they are matched up against an opponent whom they would benefit from having mobility on the back end, Liljegren can take over for the game. This cycle would continue down the stretch and into the playoffs, granting the Leafs some valuable insurance with a bottom pair that can be adjusted to better their chances at success.
As previously mentioned, the Leafs have yet to find a replacement for Bogosian and his absence has been felt in regards to the lacking of some additional snarl on the blueline. Muzzin was out seven games with a concussion and made his return last night, and the Leafs missed his presence despite going 6-1-0 during that stretch. So considering he has missed time in the previous two playoff runs, the Leafs could benefit from adding another defenceman who has a sandpaper playstyle. Compared to the rest of the team, Schenn would be first with 135 hits, fifth with 40 blocks, and would have fewer giveaways than four regulars on defence. It has translated well in his previous two playoff runs where he had a combined 16.75 hits/60 and 6.82 blocks/60 (though it is worth mentioning that he only played 33% of the Lightning’s 48 postseason games in that span).
How Schenn was able to win two cups with Tampa Bay was because he provided valuable insurance and played good enough in limited action. And that’s what he would be if the Leafs want to bring him back: quality depth at an affordable price.
He currently makes $850K for this season and next and would only make up one percent of the Leafs’ total cap hit. Considering Kyle Dubas said this week that they “don’t have a whole lot of bullets in the chamber” and need to be mindful of who they spend their assets on, Schenn would be an ideal target as he likely won’t cost the Leafs much more than a third or a fourth-round pick. Granted, this would have to be one of several moves they make at the trade deadline to free up cap space and try and bolster the team, but you have to pull the trigger if the asking price ends up being that reasonable. It would certainly help to bring some more stability on the blueline and ensure the Leafs have both the depth and defensive prowess to have a better shot of a deeper run.
Schenn has come a long way in the ten years since he has last donned the Blue and White and this new iteration could be a worthwhile addition to bolster the defensive depth at an affordable price. While some underlying metrics would suggest he is benefiting from some good luck, he has overall had a solid season by his standards while maintaining the aspects of his game he does best. He won’t be needed every single night which allows some of the Leafs’ younger defencemen critical chances to further improve at the NHL level. Most importantly, Schenn would be the answer to how the team would replace Bogosian and wouldn’t cost much both in asking price and AAV.
He won’t move the needle in a big way, but Schenn could provide value to the Leafs as a defensive defenceman with a sandpaper playstyle. Who wouldn’t want to see a guy that endured so much losing during his first stint in Toronto to get a shot at redemption on a team with aspirations of a long stay in the postseason?
Stats from Hockey-Reference.com and Natural Stat Trick.
Salary information from PuckPedia.com.
Charts from The Athletic and Hockey Viz.
More from theleafsnation.com
Uncategorized
Recent articles from Michael Mazzei