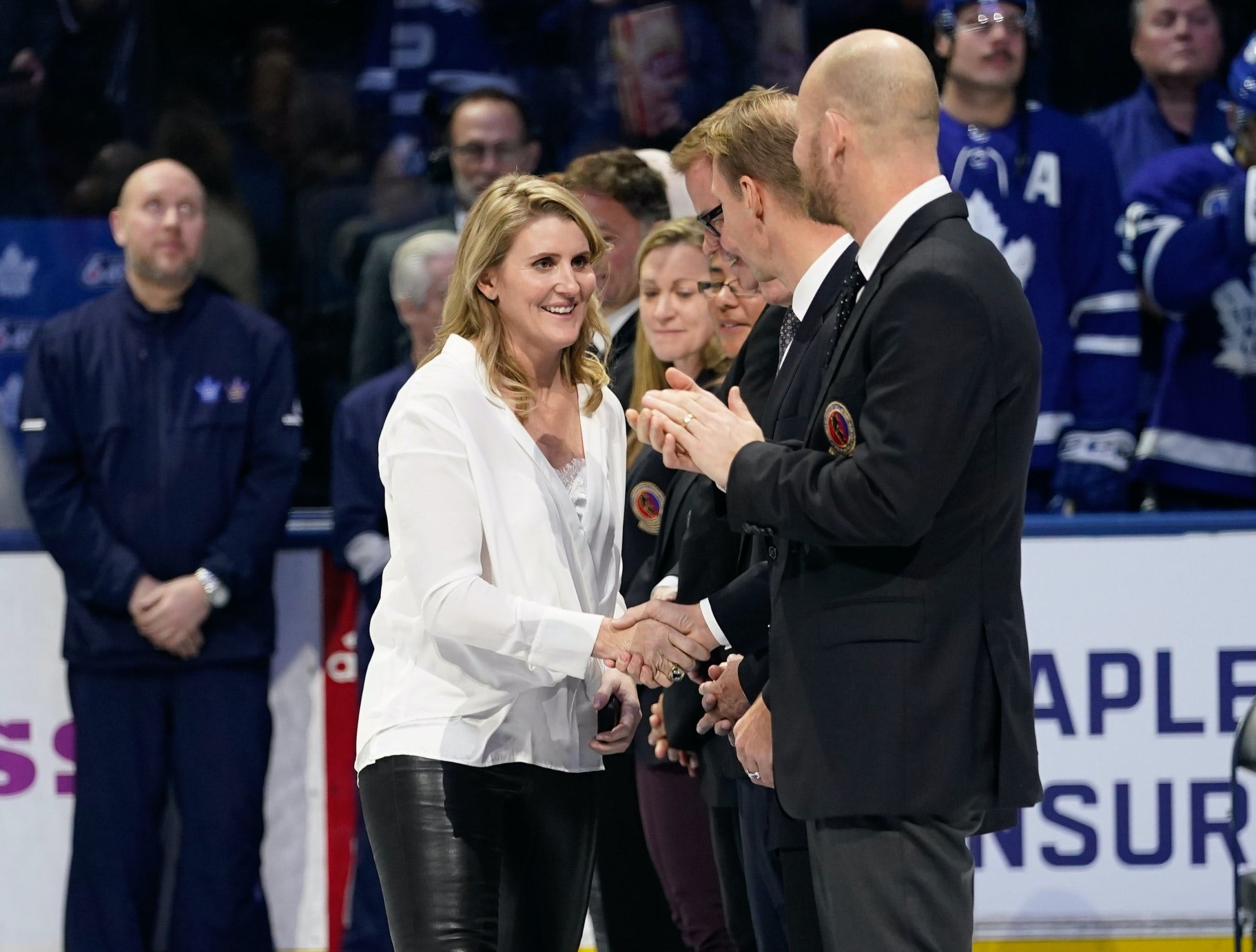 By Nick Barden
6 months ago
The Maple Leafs have made a hire and have also promoted a number of people in the organization prior to the 2022 NHL Draft in Montreal.
Dr. Hayley Wickenheiser has been promoted to the Assistant General Manager role, while still acting as Toronto’s Head of Player Development. She’s the first-ever female Assistant General Manager in Maple Leafs history.
It seems as though Ryan Hardy will also keep his role as the Head of Minor League Operations while getting promoted to Assistant GM. The same goes for Darryl Metcalf, who will hold the title as Assistant General Manager, Hockey Research and Development.
Brandon Pridham will also remain in his role as the “primary” Assistant General Manager. Laurence Gilman will now be the Governer and Senior Vice President of the Toronto Marlies.
Along with all of these changes is the announcement that the Maple Leafs have hired Curtis Sanford as their goalie coach. If you’re interested to learn more about Sanford, I wrote about him on Monday after a report from Chris Johnston came out that he was joining the organization.
More From TheLeafsNation.com: