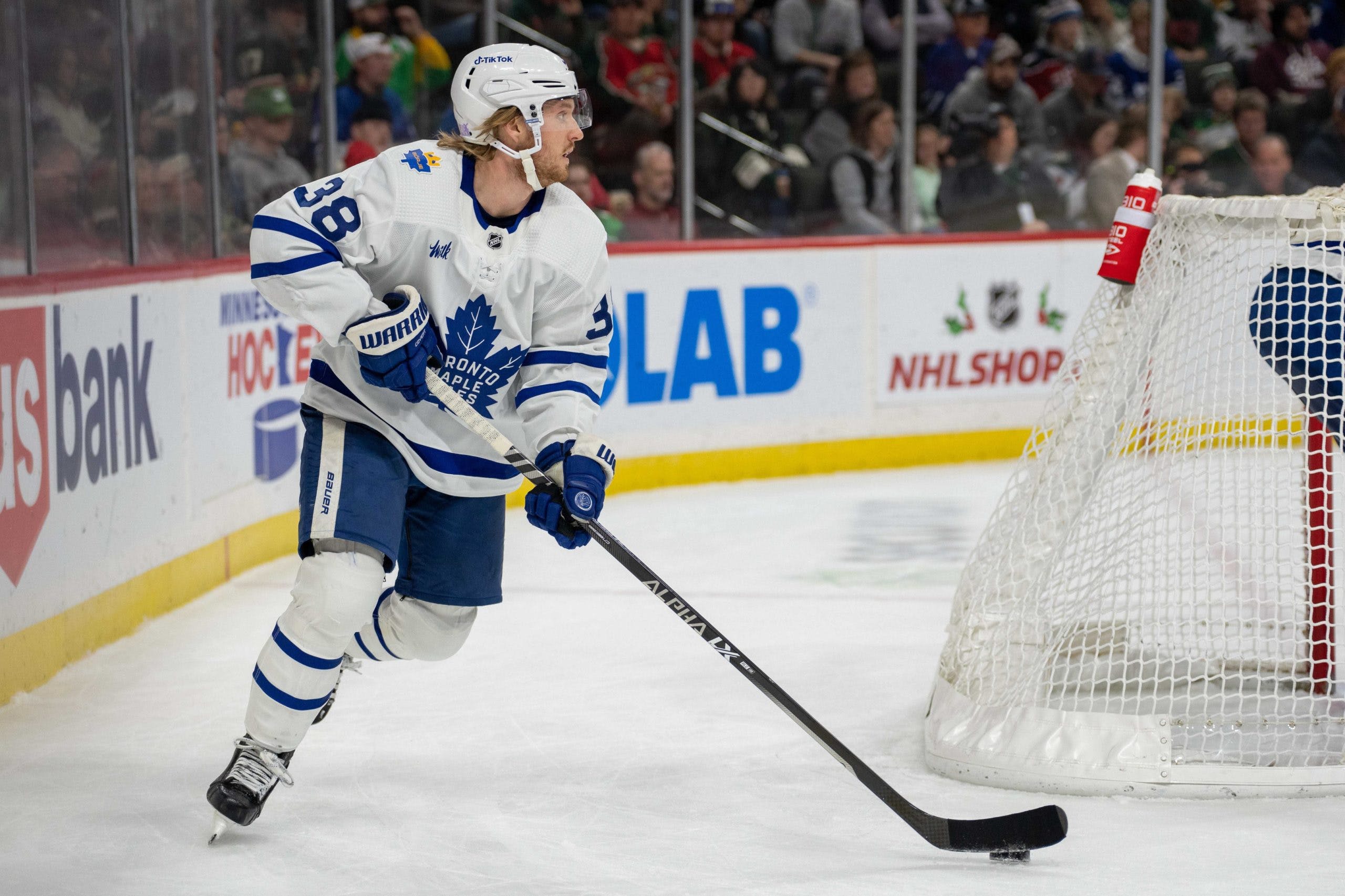 By Mike Gould
1 month ago
The Toronto Maple Leafs defeated the Tampa Bay Lightning by a 4–1 score at Scotiabank Arena on Tuesday, but the victory appears to have come at a potentially significant cost.
Maple Leafs defenceman Rasmus Sandin missed the vast majority of the final two periods against the Lightning and logged a total of just 8:30 in the game. During the third period, the Maple Leafs announced that Sandin would not return to the game after sustaining a neck injury.
Sandin helped set up Auston Matthews’ game-winning goal at the 1:01 mark of the second period, but he wouldn’t play another second from that point onward. He missed the rest of the second period and all of the third.
Michael Bunting, Pierre Engvall, and William Nylander also scored for the visitors in their commanding win. Vladislav Namestnikov notched the lone tally for Tampa Bay; Matt Murray faced just 19 shots in the game, stopping all but one.
In Sandin’s absence, T.J. Brodie, Justin Holl, Mark Giordano, and Timothy Liljegren all logged more than 20 minutes of ice time. Giordano and Sandin were the only Toronto defenders to record points in the Toronto win.
The Maple Leafs originally selected Sandin in the first round (No. 29 overall) of the 2018 NHL Draft. Through 33 games with the Maple Leafs this season, the Swedish lefty has racked up two goals and 14 points while averaging 18:24 per night.
It remains to be seen whether Sandin will be in the lineup when the Maple Leafs play their next game. They’ll return to action for a matinee game against the Philadelphia Flyers at Scotiabank Arena on Thursday at 2:00 p.m. ET.
News
Recent articles from Mike Gould