Maple Leafs finish their preseason with a dominant win over the Red Wings: Leafs Rundown 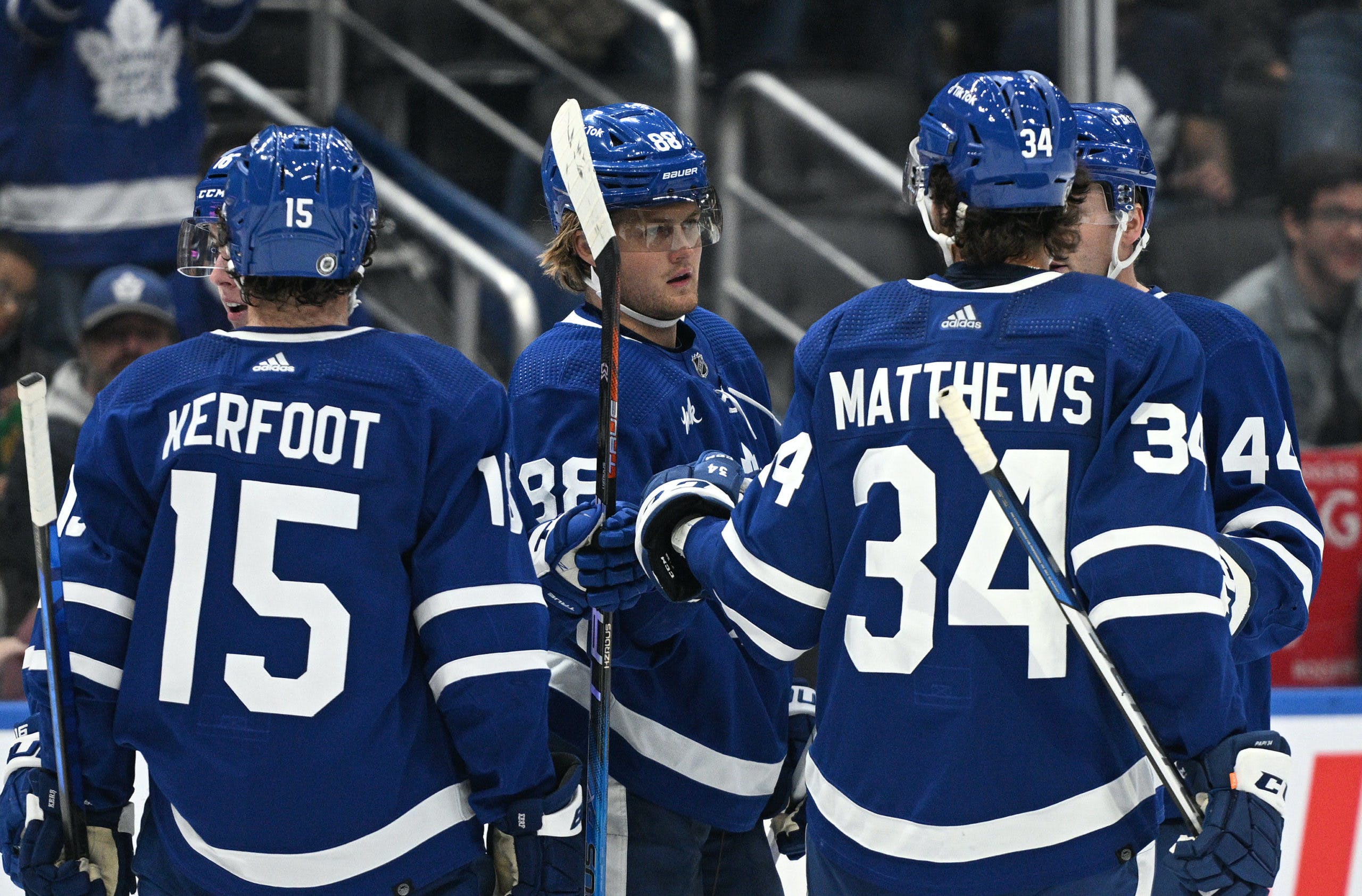 By Joseph Zita
3 months ago
Last night was the matchup between the Toronto Marlies and the Detroit Red Wings. Tonight was the matchup between the Toronto Maple Leafs and the Grand Rapids Griffins. And just like the Blue Jays, once the Maple Leafs got the lead, they built on it, however, unlike the Blue Jays, the Maple Leafs didn’t blow their lead and ended up pulling out a 5-1 win in their preseason finale.

A lot went right for the Toronto Maple Leafs in tonight’s win against Detroit. For starters, they obviously got the win and ended their forever-long preseason schedule on the right note. Although this game was basically NHL players vs AHL players, Toronto’s best players were their best players, which is something you always want to see.
The team’s special teams did what they do best and they continued to be successful after a tremendous season from the power-play and penalty-kill units the year prior. The power-play was clicking tonight going 3/4 and the penalty kill also did the job as they went 5/5 on the night
All three power-play goals were a thing of beauty. Auston Matthews finally got in on the scoring this preseason as he notched two of the three power-play goals and it’s looking like he – along with some other players – can’t wait for the season to get underway already.

Not a lot went wrong for the Maple Leafs tonight, to be honest. They came away with the 5-1 win while playing great hockey all around. As I said above, their special teams were unbelievable tonight with both units getting the job done on both ends of the ice. The game did start out pretty tight and even but once the game got going a bit more, that’s when it opened up and the Maple Leafs started scoring goals and playing their style of hockey.
If I had to pick what went wrong, it would be that the preseason is this long and the Toronto Maple leafs had to play seven games, meanwhile, Nashville and San Jose have already begun their NHL regular season over in Europe.

It shouldn’t come as a surprise to who stood out for the Maple Leafs if you watched the game tonight because a bunch of players stood out for the team in their preseason finale against Detroit. However, some players that I’ll talk about here stood out a little more than others in my opinion.
First off, you have William Nylander who has been one of, if not, the most dominant player for the Toronto Maple Leafs this preseason. He had another multi-goal game tonight as he picked himself up two power-play goals in the win. He has improved his preseason totals to four goals and four assists for eight points in just four games and I think it’s obvious he wants the regular season to get going already.
Another player who stood out to me was goalie, Matt Murray. Although it was the preseason still and it was against the Red Wings AHL team, Murray played yet another solid game between the pipes. He faced 19 shots and stopped 18 of them and has only allowed two goals in three games. He finished the preseason with three wins and in those three wins had a pretty darn good .969 SV% too.

Highlight of the night

By far the highlight of the night goes to Leafs forward, Denis Malgin for this sweet goal to make it 2-1 Toronto. Malgin takes the puck at his own blue line and goes for a skate while dancing through the Red Wing’s defenders before he beats the goalie for his 3rd goal of the preseason. Malgin has honestly made a strong case to make the opening night roster, however, another player by the name of Nick Robertson has also made a strong case, so it’ll be interesting, to say the least, who gets the spot to open the season and who doesn’t.

With tonight’s 5-1 win over the Detroit Red Wings, it means the preseason for the Toronto Maple Leafs has finally come to an end. After seven games – that really felt like 10 – the Maple Leafs will now look forward to the real season that gets underway for them on October 12th on the road in Montreal as they play the Canadiens. Puck drop is at 7:00 pm ET on Sportsnet.
Stats from Natural Stat Trick.
News
Recent articles from Joseph Zita