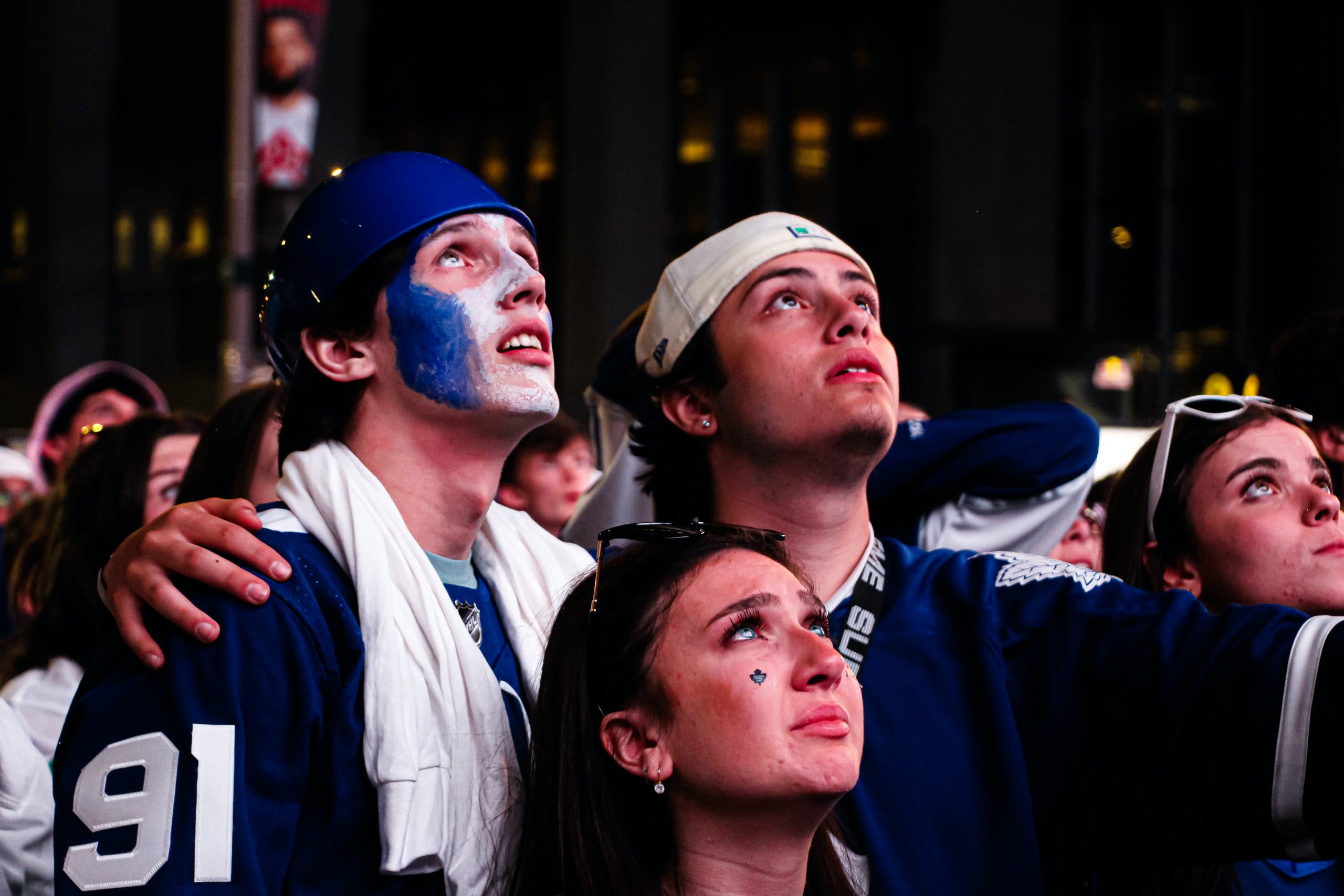 By Nick Barden
6 months ago
The Maple Leafs have one game left.
One game to rewrite the narrative. One game to do something they haven’t done in 18 years. One game that if they win, could change the course of this entire franchise.
When the Maple Leafs went up 3-2, Maple Leaf Square erupted. Two goals scored 26 seconds apart — it seemed like it was finally over — the curse was about to be lifted and they were about to slay the dragon that is the first round.
Then came the third period.
Everything mattered in the those final 20 minutes. Every shot block, every save, and every clearing attempt. Toronto had a chance to keep their foot on the gas, while also defending the lead.
Each fan in Maple Leaf Square held their breath every time the Lightning kept the puck in the Maple Leafs’ zone. The stress levels were getting higher and higher with the stakes of this game going up just as much. Fans were looking away from the screen and some even had tears in their eyes from time to time.
Then, one penalty was called after another — the feeling of doubt was starting to kick in. Thoughts in everyone’s minds that this game was likely going to overtime.
9:20 into the third period and Nikita Kucherov made that happen.
After the goal, Maple Leaf Square went silent. Every chance Toronto had to score was met with some screaming and a loud “AW!” But then, it went back to almost being silent.
As the clock bled down to zero, the stress levels towered even more. I’ll admit that my heart rate went above 120. (I wasn’t even watching, I was shooting video for The Leafs Nation socials.)
Some fans had their heart rate creep up to almost 170 beats-per-minute, which isn’t healthy for anyone when they’re just resting.

From livescience.com:
“If the heart rate is closer to 150 bpm or higher, it is a condition known as supraventricular tachycardia (SVT). In SVT, the electrical system that controls heart rate becomes dysfunctional. This generally requires medical attention.”

When over time rolled around, every chance, every turnover, every mistake — it mattered. Toronto had a number of chances where it looked like they found the “killer instinct” but missed their opportunities. The same happened for the Lightning when their opportunities rose, but none could find the back of the net.
This game seemed destined for double-overtime, with the stress and anxiety levels getting up to another level. The longer this game went on, the more silent Maple Leafs Square got waiting for the chance to either explode or deflate.
And with 1:56 left in the first overtime, Brayden Point ended it with his second goal of the playoffs. Game 7 is upon us. The Maple Leafs had yet another chance to end a series and failed to do so. They’re now 9-0 in series-clinching games since 2013.
Fans weren’t disappointed, they weren’t shocked either. Each person in Maple Leaf Square was left speechless wondering what if they scored, what if the high-sticking penalty in the third period wasn’t called, what if the referees called Alex Killorn holding Auston Matthews’ jersey.
None of that matters anymore.
“We’ve just got to put our balls on the line and go for it,” said Matthews after Game 6.
The Maple Leafs have one more chance to do something that hasn’t been done in a long time. Even if they don’t get out of the second round, this fanbase would feel a sigh of relief that they got out of the first. This team, in my opinion, will go a hell of a lot further than the second round if they defeat Tampa Bay on Saturday.
But, only time will tell, and only these players can decide whether they want to rewrite the narrative and do something different, or have the fans wait another calendar year for the feeling of passion again. Saturday night. 7PM ET.
More from TheLeafsNation.com
POINTSBET IS LIVE IN ONTARIO