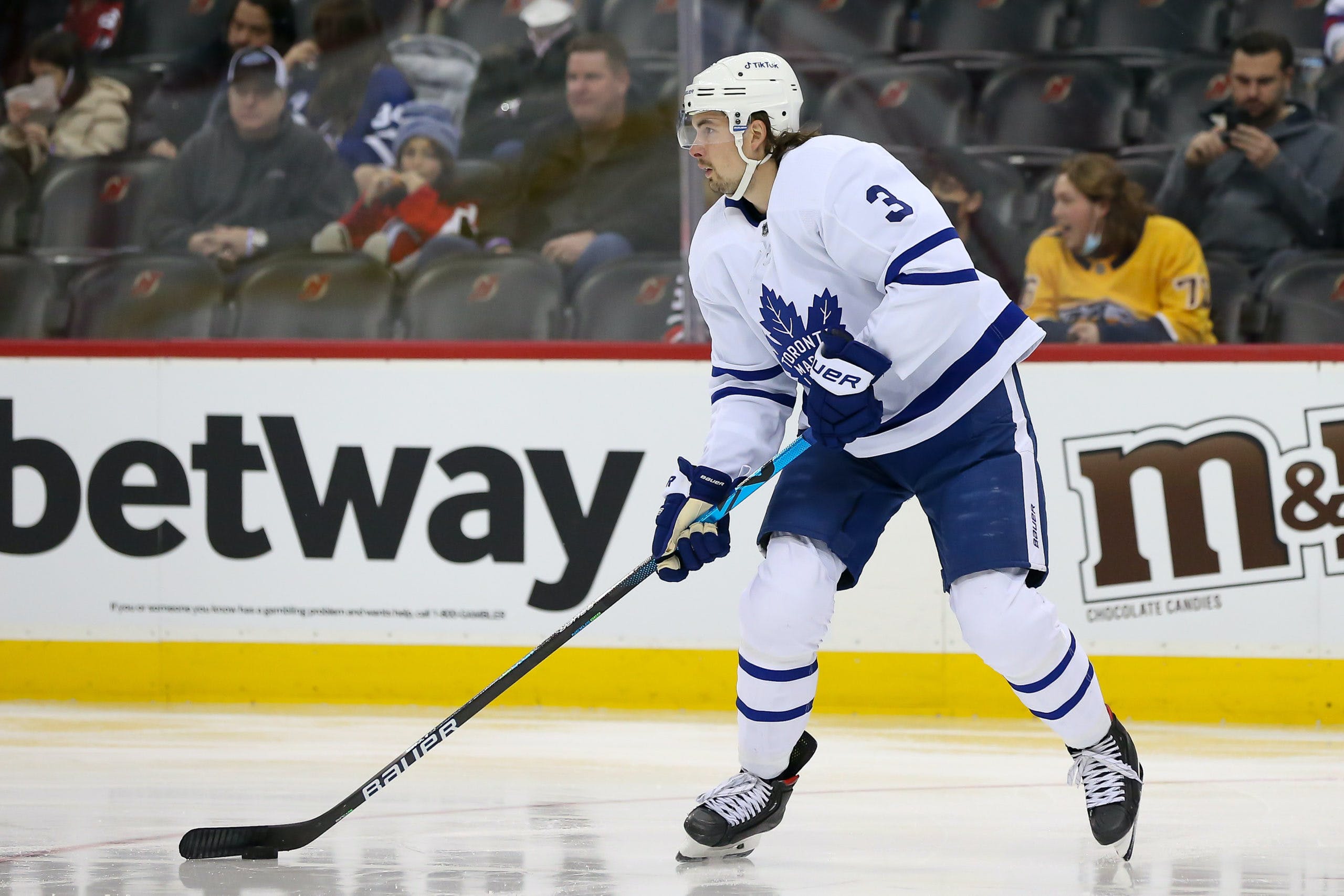 By Thomas Hall
7 months ago
The Toronto Maple Leafs are approaching yet another pivotal summer with plenty of tough decisions to make. One of those revolves around defenceman @Justin Holl, who could potentially be on the move this off-season.
Holl, 30, will be entering the final season of his three-year, $6-million contract next season. His deal also includes a modified no-trade clause, where he can submit a list of 10 franchises to which he can’t be sent. But as Daily Faceoff’s Frank Seravalli writes, the 6’4″ blueliner could be available via trade.
In his latest article, Seravalli lists 25 skaters that could potentially be dealt this off-season, which includes Holl at No. 22. He also notes that due to the emergence of @Timothy Liljegren, it’s no longer necessary for Toronto to hold onto Holl. Though, they might encounter fewer interested suitors than during previous times as his value has since declined.
Nevertheless, his $2 million cap hit for 2022-23 is a very reasonable price to pay for a third-pairing defenceman. In a salary-cap-crunch world, there’d likely be many front offices lining up to acquire his services. Of course, that is if the Maple Leafs decide to trade him.
You can never possess enough defencemen at the NHL level, especially ones who’re effective penalty killers.
After all, he did register career-highs in goals (three), points (23), hits (129) and blocks (104) across 69 games in 2021-22. At the same time, though, this is also a franchise that desperately needs to create as much cap space as possible – trading Holl would do just that.
Assuming they ultimately move him, which teams would be interested in the former second-round pick? And what type of return could the Maple Leafs expect to receive? Well, for starters, any potential trade would probably need to be of the salary-dump variety. There’s simply no point in retaining or taking any salary back.
With that in mind, the franchises that could afford to acquire a $2 million depth defenceman and might be of interest to Holl may include the Detroit Red Wings, Calgary Flames, Nashville Predators, Pittsburgh Penguins, Columbus Blue Jackets and Los Angeles Kings.
Now, as for what Toronto could ask for in return, it’d likely be beneficial to seek a selection in next month’s NHL Draft, considering they currently own just three picks – including their own first, seventh and Winnipeg’s third – in the event. The likeliest outcome is that they receive a late-round compensation.
As someone that rose through Toronto’s system, spending all five of his NHL seasons with the same franchise, moving on from Holl would be a difficult decision to make. And understandably so. Still, it’s probably time for both sides to part ways.
Holl likely desires to serve a more regular role, while the Maple Leafs must create financial flexibility along with full-time roles for both Liljegren and @Rasmus Sandin. A change of scenery would probably do the Tonka Bay, Minnesota native some good.
It might not be remembered as the flashiest move that Toronto stands to make this off-season, however, it’s one that’d be beneficial for everyone involved.
Uncategorized
Recent articles from Thomas Hall