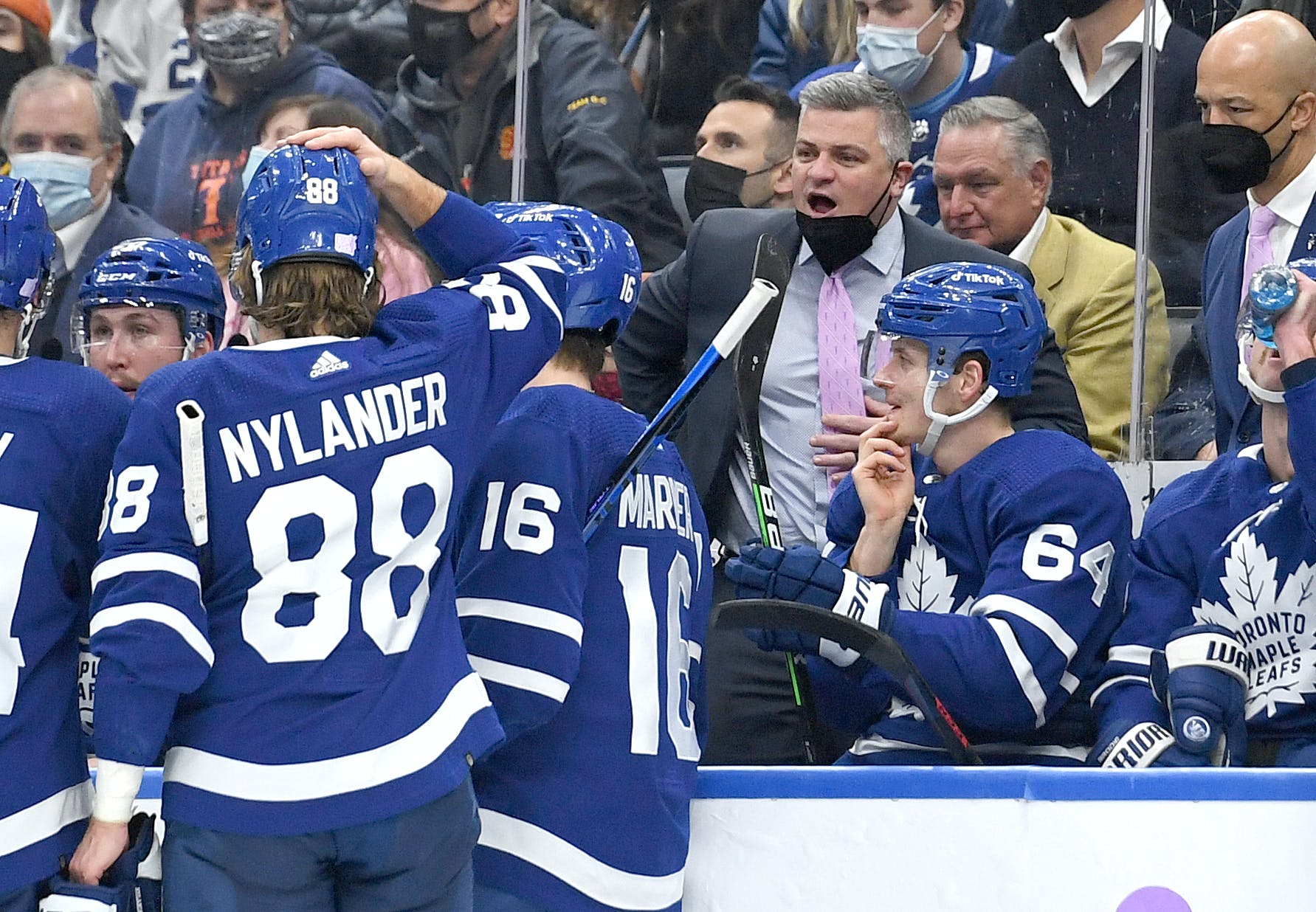 By Nick Barden
10 months ago
The Maple Leafs are getting set for their final game on the road (for a few days) tonight vs. the St. Louis Blues.
Along with Colorado and Vegas, this will be one of Toronto’s toughest tests of their trip. The Blues are currently third in the Central Division, only one point behind the Nashville Predators for first place.
In their last 15 games, St. Louis has gone 10-3-2 outscoring their opponents 53-37 in that span. The Maple Leafs have the same record in their last 15, but have outscored their opponents 66-43.
St. Louis has played exceptional at home, getting a point in their last 13 games. If they get a point tonight, the Blue will tie the second-best record in that category.
One player to watch for the Blues is @Jordan Kyrou, who’s scored 19 points (6G, 13A) in his last 15 games.
A few key players who won’t be in St. Louis’ lineup vs. Toronto are @Colton Parayko, and @Pavel Buchnevich. Both @Brayden Schenn and @Vladimir Tarasenko, who were in COVID protocols have completed their five-day isolation.
Blues’ head coach, Craig Berube said on Friday that it’s too early to tell if a few players in COVID protocol will be available tonight vs. Toronto.

With an optional skate for the Maple Leafs ahead of Saturday’s game, there were no line rushes. However, we can always go off what they were in practice yesterday.
As reported yesterday, @Ondrej Kase, @Nick Ritchie, and @Justin Holl will all be out for a minimum of five days due to COVID protocols.
“Well, certainly, the timing is really good,” said Sheldon Keefe after Friday’s practice on losing a few players, but also gaining a few back. “[Mitch] Marner and [Pierre] Engvall specifically, as we’ve talked about, both guys are valuable to us. Contributing in lots of ways. Obviously, Marner in the top of the lineup and Engvall increases our depth. Being on the road, especially, he’s a guy we can trust on the ice in any situation. So, yeah, it’s tough to see more guys leave the lineup, but that’s what we live with these days.”
@Mitch Marner, who returned to practice on Friday, took part in the morning skate on Saturday. He said after Friday’s practice that he felt good enough to play in the Maple Leafs’ game vs. Arizona, but knew it might be best to not rush back.
After Saturday’s morning skate, Keefe spoke with the media and discussed Marner’s 99 games without a goal on the powerplay.
There’s two ways this could go; Marner could either score a power play goal in the next few games, or he won’t score for the next 100.
I say he gets one soon.
@Jack Campbell occupied the road net and will be tonight’s starter for the Maple Leafs. The newly named All-Star has 18 wins in 27 games with a .935 save percentage.
As for St. Louis, it’s projected that @Jordan Binnington will get the start. Binnington, in 21 games this season has 11 wins and a .910 save percentage.
Puck drop is scheduled for just after 7 PM ET on CBC. At least we won’t need extra coffee tonight.
Uncategorized
Recent articles from Nick Barden