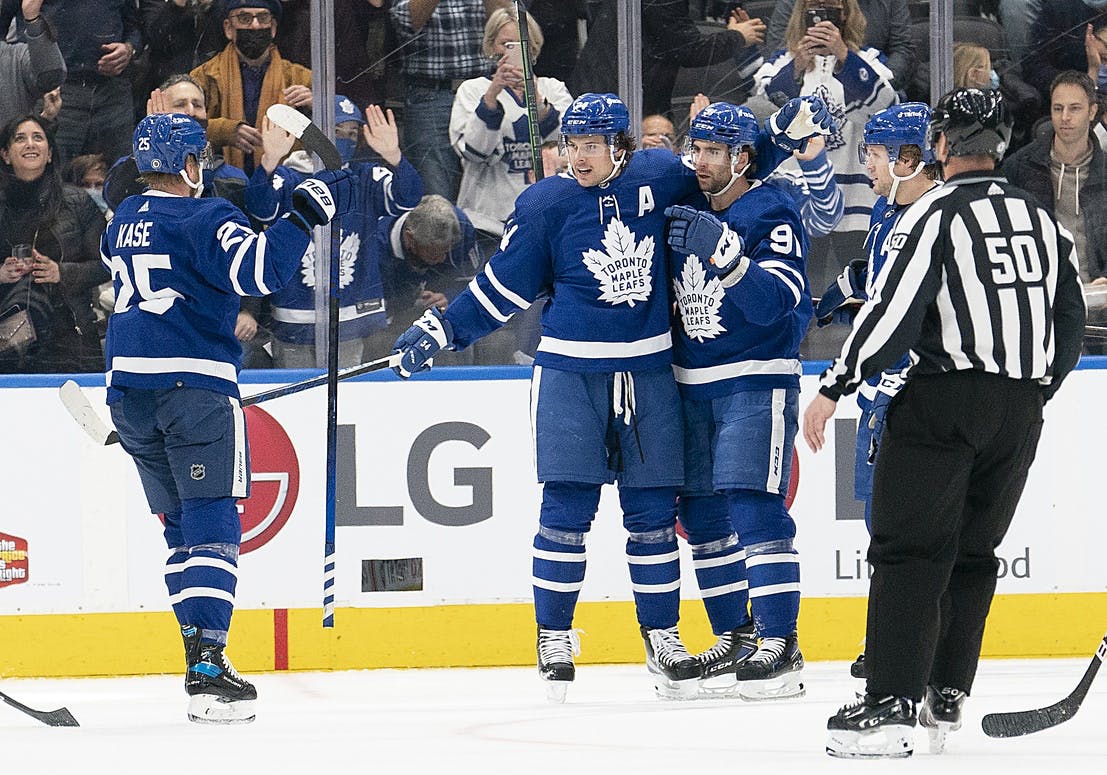 By Mark Norman
1 year ago
In this monthly Maple Leafs Milestone Watch column, we’ll be recapping the milestones of the previous month and setting up which milestones are likely (or even farfetched) to occur in the upcoming month.

December was one of the strangest months the Leafs have seen in a while. The Leafs played just 7 of their scheduled 13 games in December due to COVID cancellations, which put the pause on progress towards many milestones.
Notable milestones hit last month:
And that’s it! Rielly hit the milestone on December 9th against the Tampa Bay Lightning, where he celebrated by picking up a secondary assist on this @Ondrej Kase goal:

Games Played
The Leafs officially have 11 games on the books this month, although who knows how many of those will be played, or if previously postponed games are slid in between existing games:
Goals
Assists
Points
Wins
Shutouts