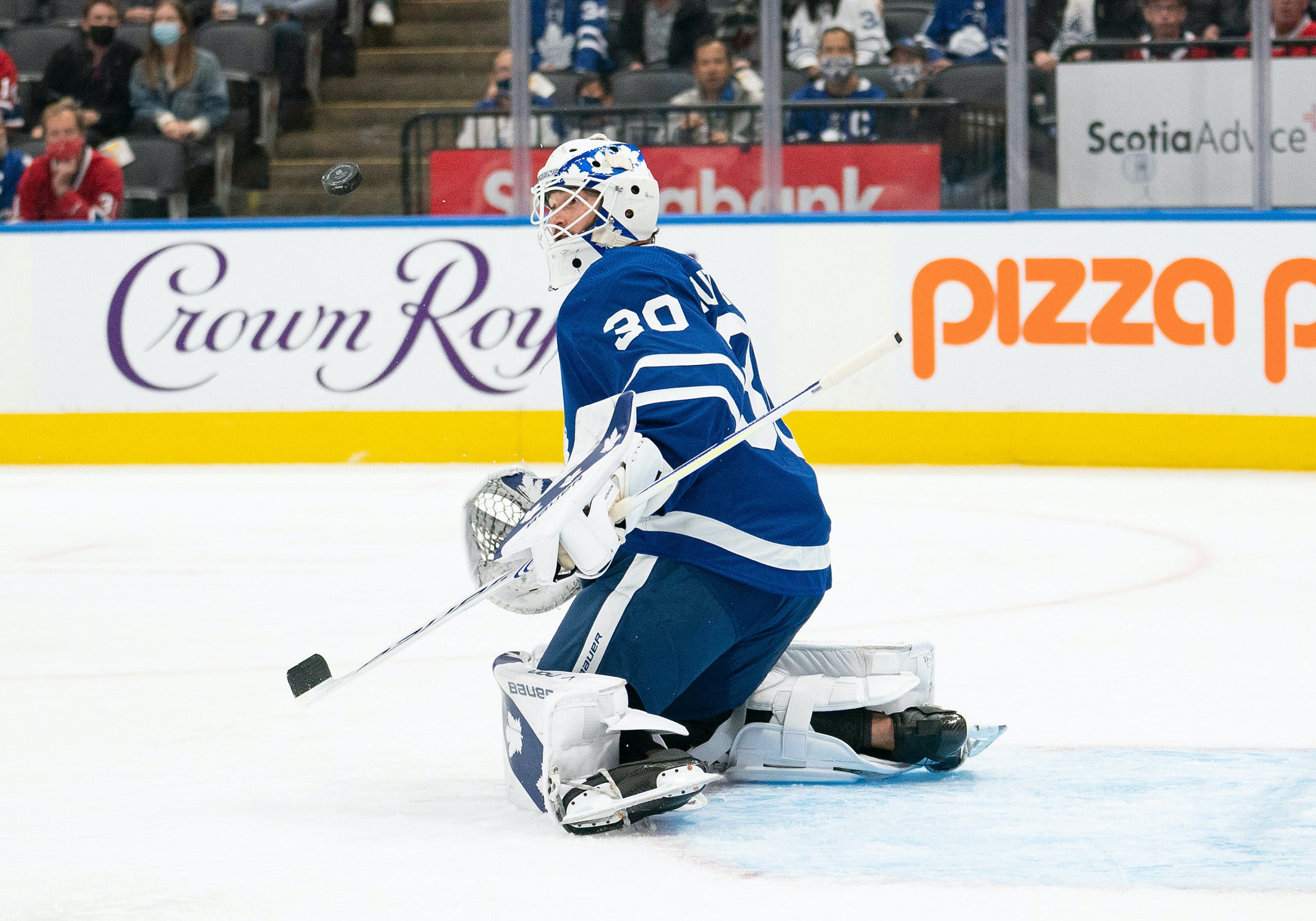 By Nick Richard
1 year ago
It was announced on Tuesday that the Leafs have placed goaltender @Michael Hutchinson on waivers. He is expected to be assigned to the Toronto Marlies of the AHL if he goes unclaimed by another NHL team. The decision to waive Hutchinson sooner rather than later should provide the Leafs with time to explore other options ahead of the regular season if he does indeed get snatched up by another team.
Hutchinson returned to the Leafs on a two-year deal last offseason after his first stint with the Leafs ended unceremoniously with a trade to Colorado. He enjoyed a bounceback season in 2020-21 while filling in for the injured Frederik Andersen and Jack Campell, recording a 2.42 GAA and a .919 SV% across eight games for the Leafs.
Given the injury histories of Campbell and offseason acquisition @Petr Mrazek, as well as the lack of goaltenders with NHL experience below him on the depth chart, the Leafs are surely hoping to retain Hutchinson’s services as their third goaltender. If he clears, he is expected to share the Marlies’ crease with @Erik Kallgren and @Joseph Woll as he remains on standby for the big club.
(Statistics from EliteProspects.com)
Uncategorized
Recent articles from Nick Richard