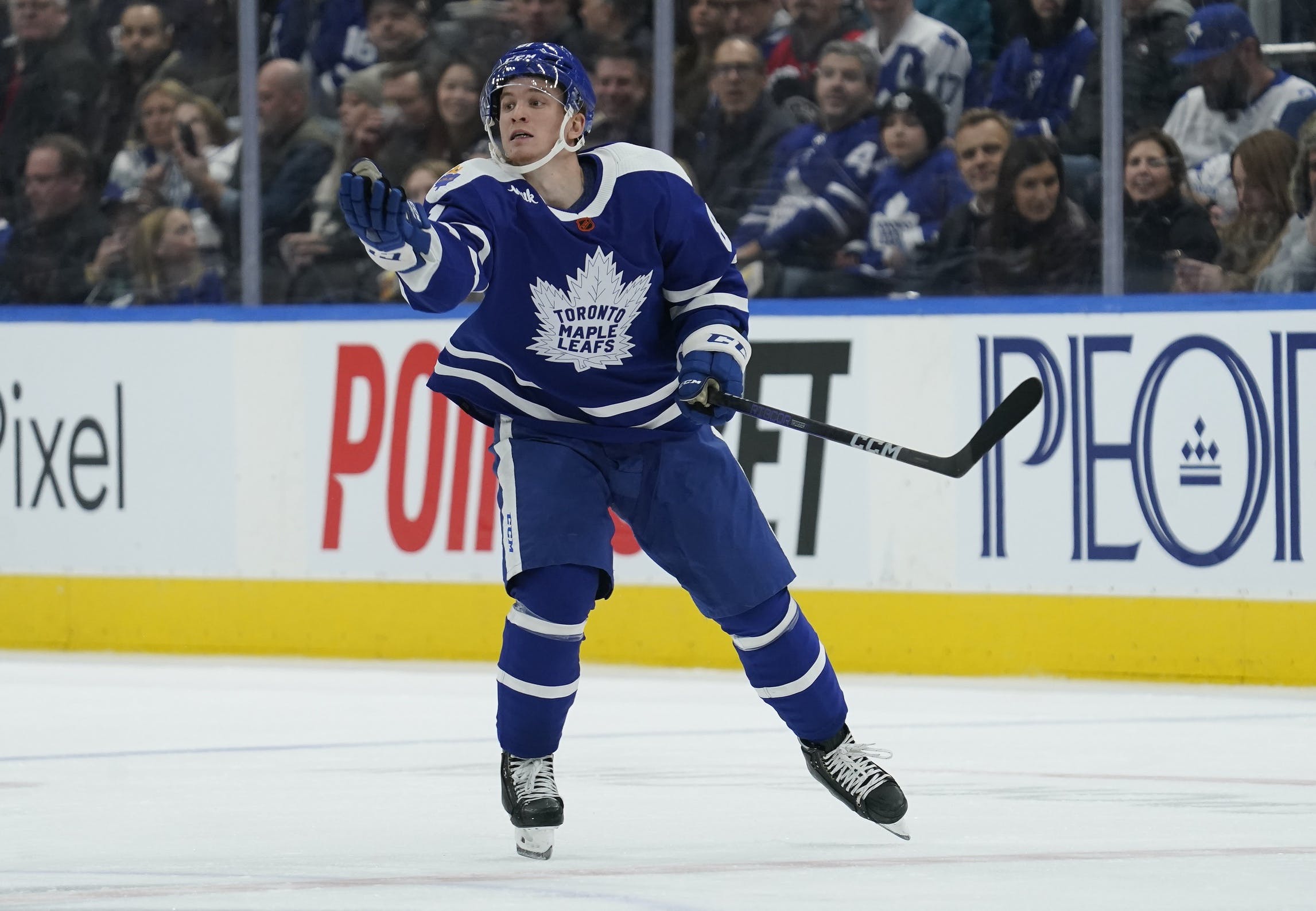 By Mike Gould
1 month ago
The Toronto Maple Leafs have recalled defenceman Mac Hollowell from the AHL’s Toronto Marlies on an emergency basis, the club announced Saturday morning.
Hollowell, 24, has two assists in six games with the Maple Leafs this season. He lineup on the fourth defensive pairing with Jordie Benn at the team’s morning skate ahead of Saturday’s game against the Washington Capitals.
The Maple Leafs originally selected Hollowell in the fourth round (No. 118 overall) of the 2018 NHL Draft. The former Soo Greyhound has appeared in parts of five AHL seasons with the Marlies since being drafted and has 10 assists in 12 games with the team this year.
More good news for the Maple Leafs: Timothy Liljegren, who suffered an upper-body injury against the Dallas Stars on Thursday, skated in his normal spot alongside Rasmus Sandin on the second pair in D.C. on Saturday morning.
Here’s a full look at the defensive pairs the Maple Leafs practiced with before their game in Washington:
Mark Giordano – Justin Holl
Rasmus Sandin – Timothy Liljegren
T.J. Brodie – Conor Timmins
Jordie Benn – Mac Hollowell
The Maple Leafs will need to have all hands on deck as they look to rebound from their loss to the Stars on Saturday. They’ll also be aiming to prevent Capitals superstar Alex Ovechkin from scoring his 801st NHL goal, which would move him into a tie with Gordie Howe for second in NHL history (behind only Wayne Gretzky, who finished his career with 894).
Saturday’s game between the Maple Leafs and Capitals at Capital One Arena is set to kick off at 7:00 p.m. ET. It’ll be broadcast live from coast to coast on Hockey Night in Canada.
News
Recent articles from Mike Gould