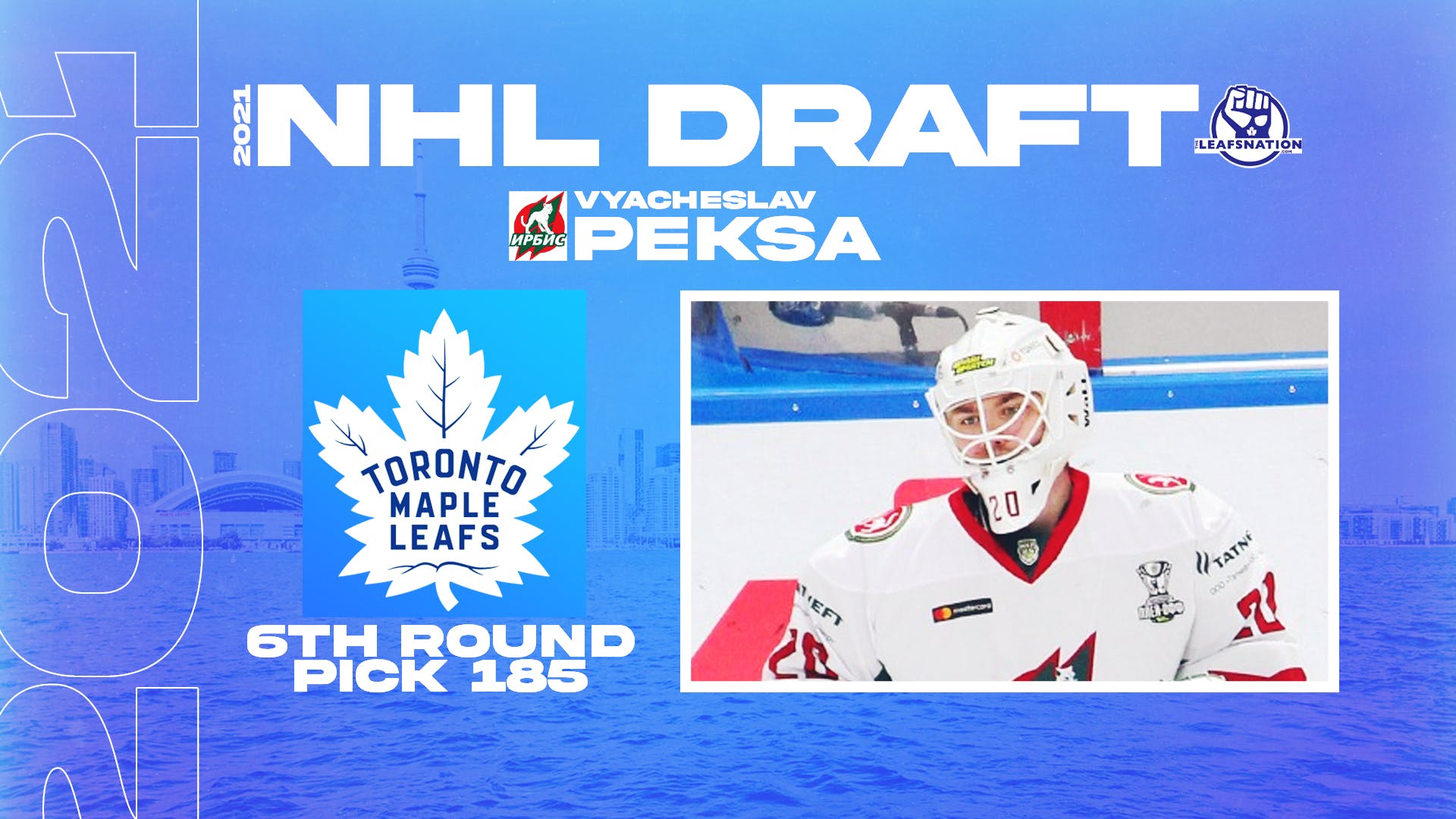 By Nick Richard
1 year ago
With their third and (as of now) final pick in the 2021 NHL Draft, the Maple Leafs selected Russian goaltender Vyacheslav Peksa in the sixth round, 185th overall. Peksa went undrafted last season in his first year of eligibility and returned to the Kazan system where he got into 17 games for their MHL squad, posting a 2.57 GAA and .909 save percentage.
Peksa is athletic with good size for the position but he went unranked on most public draft boards after being passed over in last year’s draft. He will need to become more composed in his crease and improve the way he cuts down angles as he adds bulk to his frame in the coming years.
Peksa plays in the same system as fellow Leafs goaltending prospect Artur Akhtyamov who Toronto selected in the fourth round of the 2020 NHL Draft so the organization is familiar with both the player and the organization that will be in charge of his development in the immediate future.
(Statistics from EliteProspects.com)
Uncategorized
Recent articles from Nick Richard