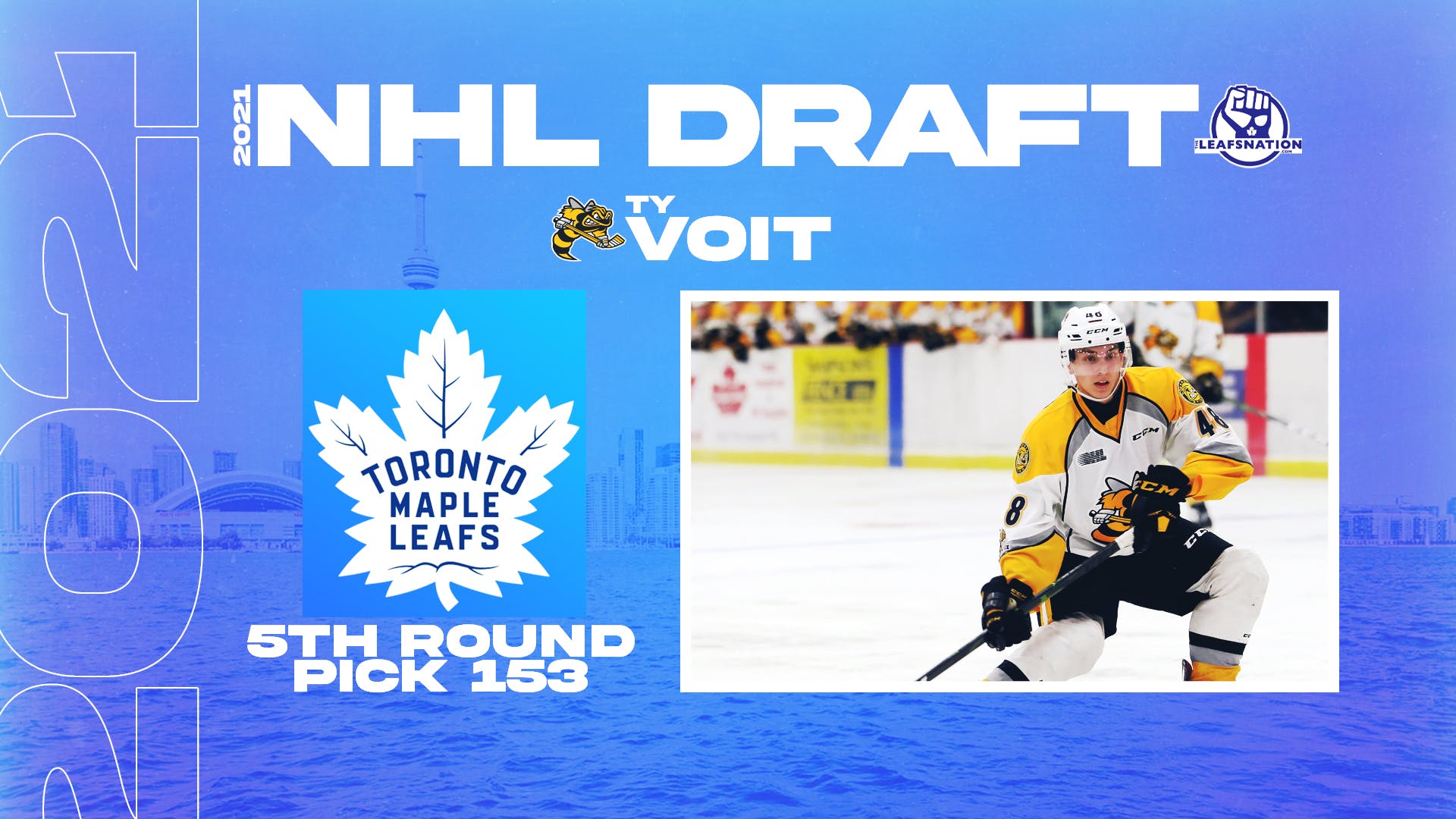 By Nick Richard
1 year ago
With their second selection of the 2021 NHL Draft, the Toronto Maple Leafs selected winger Ty Voit from the Sarnia Sting with the 153rd overall pick. Voit didn’t play in his draft year as the OHL season never got underway, but he tallied eight goals and 20 assists in 49 games during his OHL rookie season in 2019-20.
Voit entered the season as a potential first-round pick, landing at number 27 on EliteProspects.com’s January draft rankings. He is a smooth-skating, shifty winger that uses his agility and quick hands to elude defenders along the boards. He plays a tenacious game, hunting pucks and engaging in board battles against bigger, stronger opponents. Voit has good vision and processes the game well, playing a give-and-go style on the offensive side of the puck. With the puck on his stick, he is able to fake out defenders to open up lanes and he can find teammates with slick feeds through traffic.
He lost a year of development already and his path could be a long one, but Voit is the type of prospect worth swinging on in the late rounds of the draft.
(Statistics from EliteProspects.com)
Uncategorized
Recent articles from Nick Richard